This article is focused at getting you up and running pretty quick on the concept of OOPs in Python. More specifically, we will cover the following topics:

This article is going to be a quite a bit lengthy since I will be giving you a proper explanation to each concepts that I am going to discuss. But I hope you will have a lot to take away form this.

There is another interesting follow up topic to OOP in Python, which is called inheritance. This is a whole world in itself and for the sake of not converting this article into a full-fledged book, I decided to talk about it in another article. It deserves a dedicated article on its own. 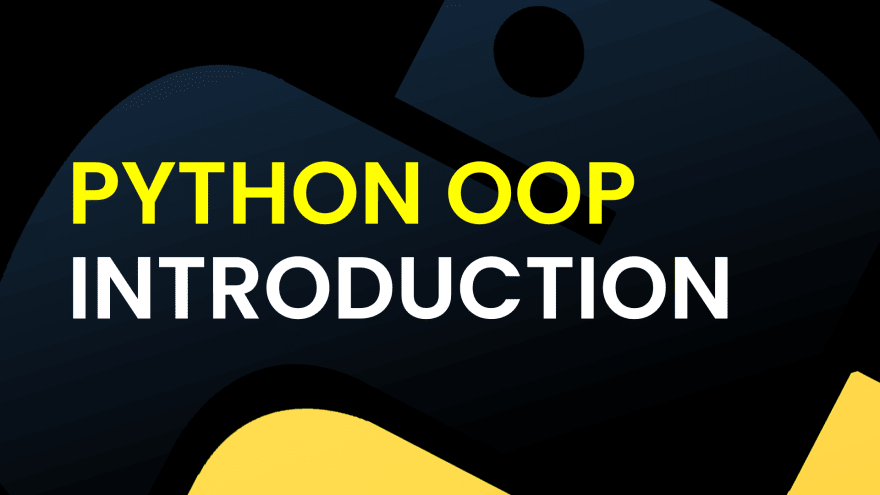 Python has been there in the computer science realm for a long time. Before Python, JAVA used to be the Big Thing (It is still very popular, but not that much when compared to Python).

One of the most desirable features of Python is Object Oriented Programming (OOP in short). OOP in Python is pretty neat and very organized. Developers really love the flow while writing Python OOP.

So, with that being said, lets quickly jump right in.

In object-oriented programming, I realized the power of using classes and objects as a paradigm for writing codes. In fact, OOPs, as it is called, is all about using classes and objects. One thing I noticed while using Python’s OOPs is that, its quite different from other programming languages like C, C++. Python’s OOPs is crisp and straight to the point. 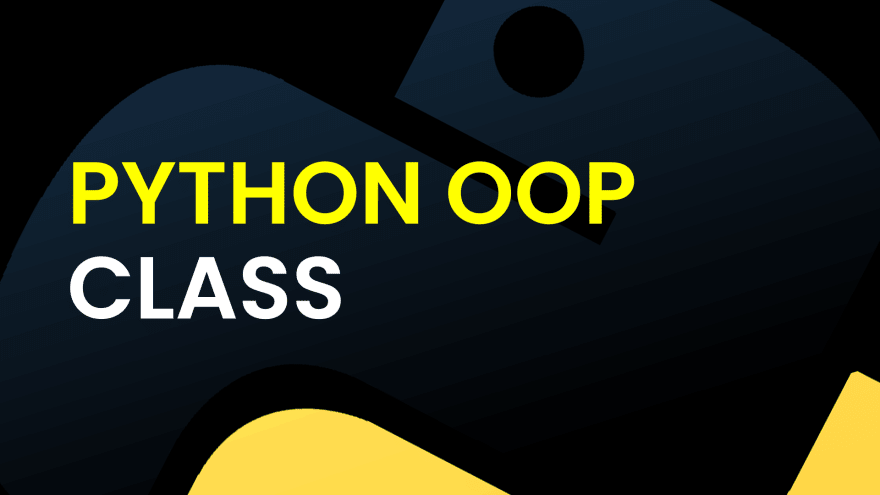 To understand the concept of class, lets take an example. Suppose in LPU (a university), there are hundreds of professors. Each professors have their own credentials like name, age, id etc. What sort of data type will you use to store such a vast data and manage them in a meaningful way? One quick workaround would be to use a list to represent them. For example:

But this mode of representation has a big limitation. You’d need to create separate variables for all the professors. Also, lets suppose that a newly joined professor say, Pratheek has not been assigned an id yet. Now, if you are managing a really big data like this one, you might not even realize that Pratheek has no id yet. So, generally, if you try to retrieve Pratheek’s id, you might end up getting his age as shown below:

This is some sort of inconsistency. Therefore, we need a better way to handle such real-world data. Here comes the class.

Creating class is easy. It is shown below:

Now, to solve our above problem using classes, first of all, we would have to declare a class with a useful name, say Professor. Each class in python has its own attributes. These attributes are either the instance variables or the class variables.

It’s that simple. You have a class named Professor. Now, we will currently leave class as empty. I will fill this once I finish talking about the instances.

Instance (Or Object) in Python OOPs

The syntax for instantiation is:

Let’s see this in action. In the following code, I have instantiated the class with an instance called prof. Then, I have given the attributes (name, id, age) of the class by using the instance prof.

So, with this, we have successfully registered an object of Professor class. Now, lets take a look at the previous case where we don’t have Pratheek’s id. So, in that case you don’t even have to pass the id attribute. Therefore, when the developer tries to retrieve Pratheek’s id, he would be thrown an error instead of giving him the age of Pratheek which is absolutely good since it did not fetch us the wrong value. The below code demonstrates this scenario:

In the previous no-class scenario, we could have got an ambiguous value (mismatch of age and id), which would have gotten us into some serious troubles. Also, by using class, the code got a meaningful structure. When you want to add a new attribute, just use an object and give an appropriate attribute name and you are done! That’s why Oops is really interesting to work with.

Ok, so one thing I noticed in the above way of assigning attributes to instances is that, we would have to use the dot and attribute name every time we would want to give a value. This might get cumbersome if you are having really large number of professors in the university. Also, this is a repetitive task. Notice how ‘.name, .id, .age’ is repeated for all the instances? Well, there is a neat way to circumvent this. It is, by using init() method. But before moving onto init method, lets talk about methods for a moment. 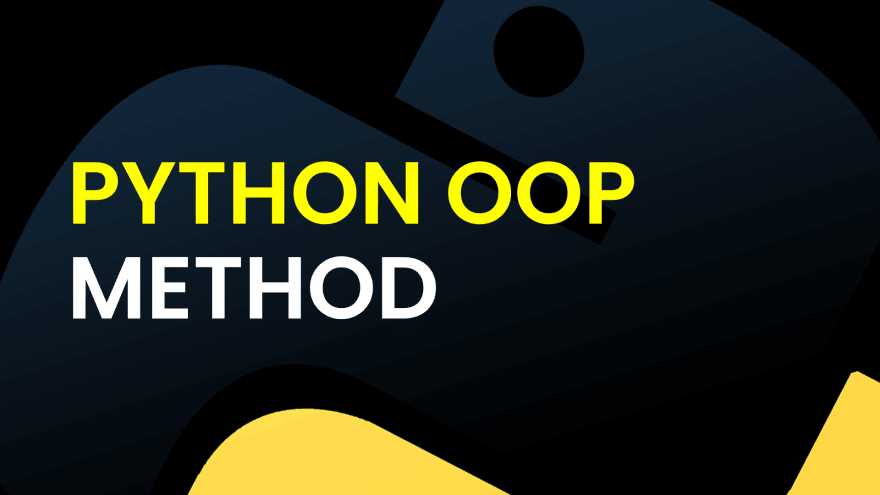 Just like we make use of functions in Python, we can have functions inside class as well. Any function that you define inside class is no longer called a function, it’s called a method. Every method inside a class must’ve it’s first argument as self. There is a reason to it. Which I will be demonstrating in the upcoming code snippet. We can call the function from outside the class using the instance name. The following code snippet demonstrates the methods concept of Python:

Here, notice how the displayName gave different outputs for both Pratheek and Pooja. Well, that’s because as I mentioned earlier in this report that, whenever you create an instance, it gets an independent blueprint of the class. Therefore, the attributes of Pratheek are in no way having control over Pooja’s. Hence, we got two outputs.

Okay, lets talk about that self keyword. Now, by default, whenever you call a method, in the backend, python does this conversation implicitly:

Therefore, pooja.displayName() is converted implicitly to:

So, as you can see that automatically, python passes the instance as its first argument. Therefore, to receive this argument, we use the keyword self, although you can use any word of your choice.

Now, let me take you back to the init method. Init method is used to initialize attributes to a given object. So, instead of writing object dot attributename every time, we can pass
those attributes values as the parameters to the class name when we declare an instance.
The following code demonstrates the usage of init method:

The code looks more organized now. See how I’ve passed the attribute values while I declared the object. Also, id has become a mandatory field now. Since Pratheek doesn’t have an id yet, I assigned None as its id.

In python, we do have other method types apart from these normal methods and they are:
class methods and static methods 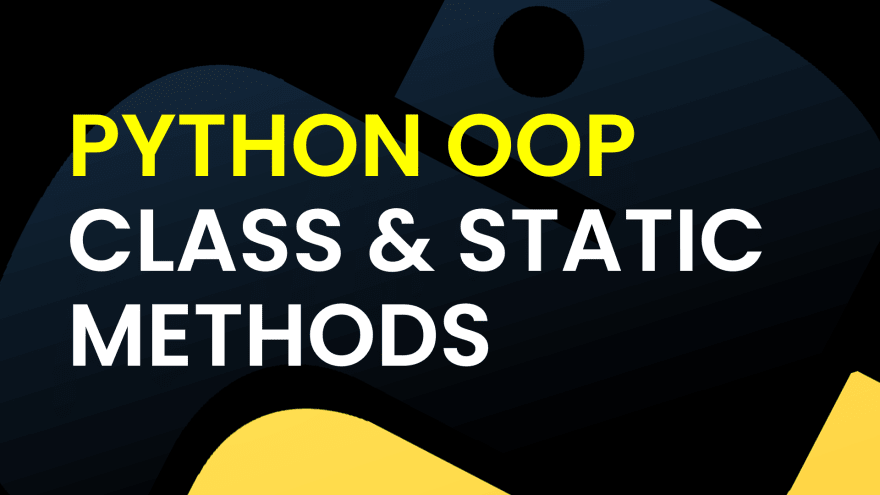 In the above snippet, classvar is common variable to all the instances (if you explicitly assign it or not). Therefore, even though we did not mention about classvar in pooja and pratheek, they both will contain a class variable called classvar which can be accessed and used whichever way you’d like.

Now, lets talk about the classmethods. Generally, class methods are used to modify, edit or even delete the class variables. Just like a normal method, it also takes a first argument by default but only in this case, it takes class name as its first argument. Also, whenever you are declaring a class method, you should enclose it using a @classmethod decorator. This is done to show Python that the method defined here is a class method and should not be mistaken with the normal method. Class methods are usually called using the class name. The following code snippet demonstrates the use of classmethod:

In the above snippet, you can see that although I haven’t declared dean attribute for pooja and pratheek, but still it got reflected later as their attributes. This is one of the most common use case of class methods. They are used to set / modify class variables. You could also use instances to set the class variable, but it would be a vague or unsuitable candidate and also, I can’t really think of a case where an object can decide what class variable should the class hold.

Now, comes the static method. Static method, in general, does not serve other purposes rather than to use them as logical connectors which means that it is used to implement some sort of logic within the class and does not affect the instances in any way.

Static methods do not take any default arguments. You can declare a static method using the @staticmethod decorator. It can be called using the class name or instance name. The following snippet shows its usage:

In the above code, both displayPrompt() will output the same result. Also, notice that in it, we haven’t passed any default arguments.

The End is Not Nigh

We discussed a lot in this article. You are now well equipped with the fundamentals to take on this OOPs fight. In future, I will include some Inheritance articles and even some extras that many don't know about OOPs.