I wonder what you are using to feed JAMstacks, such as Gatsby, Gridsome, Nuxt? Perhaps Wordpress or Strapi?

I made a solution myself for this question. 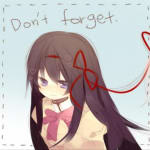 What is the best CMS to feed API for a static site generator?

I created my own headless CMS and host on Heroku. Also because Nuxt middleware isn't running on nuxt generate.

I also extended it with LiquidJS (so as to be in similar style to https://dev.to), and it solved this problem. (via {% card url %})

Is there a library for better <a href>'s, like social sharing cards?

It also solves the search engine problem for JAMstacks.

However, it doesn't provide a commenting engine. (Although I have tried to create one.) Allowing people to post things is dangerous and difficult, IMO.

It is currently made with Vue, Tailwind and Element UI, BTW. I really concerned about component frameworks and CSS frameworks I don't have to fight against.

Once suspended, patarapolw will not be able to comment or publish posts until their suspension is removed.

Once unsuspended, patarapolw will be able to comment and publish posts again.

Once unpublished, all posts by patarapolw will become hidden and only accessible to themselves.

If patarapolw is not suspended, they can still re-publish their posts from their dashboard.