I create and support a few Open Source Software regexits and are they up and also have two large scale projects in the works. A HQ video to HQ GIF for Windows, Linux and Mac, and IQFINITY which is a dashboard for Amazon and ebay Sellers both open source. Juggling all of this and creating something that is driven by users is a lot, its draining and can cause burn out.

I create intentional 'imperfect' web apps, demos or even cli apps. Let me explain, the apps I create function, do what I want and that is it. Usually it focuses on a single element

For example bloody weather it has one operation. type a US zip and return the weather with a British slang in there... It's not pretty, its not styled to the level of projects I usually work on. I started this on Sunday in 30 min intervals between project work. 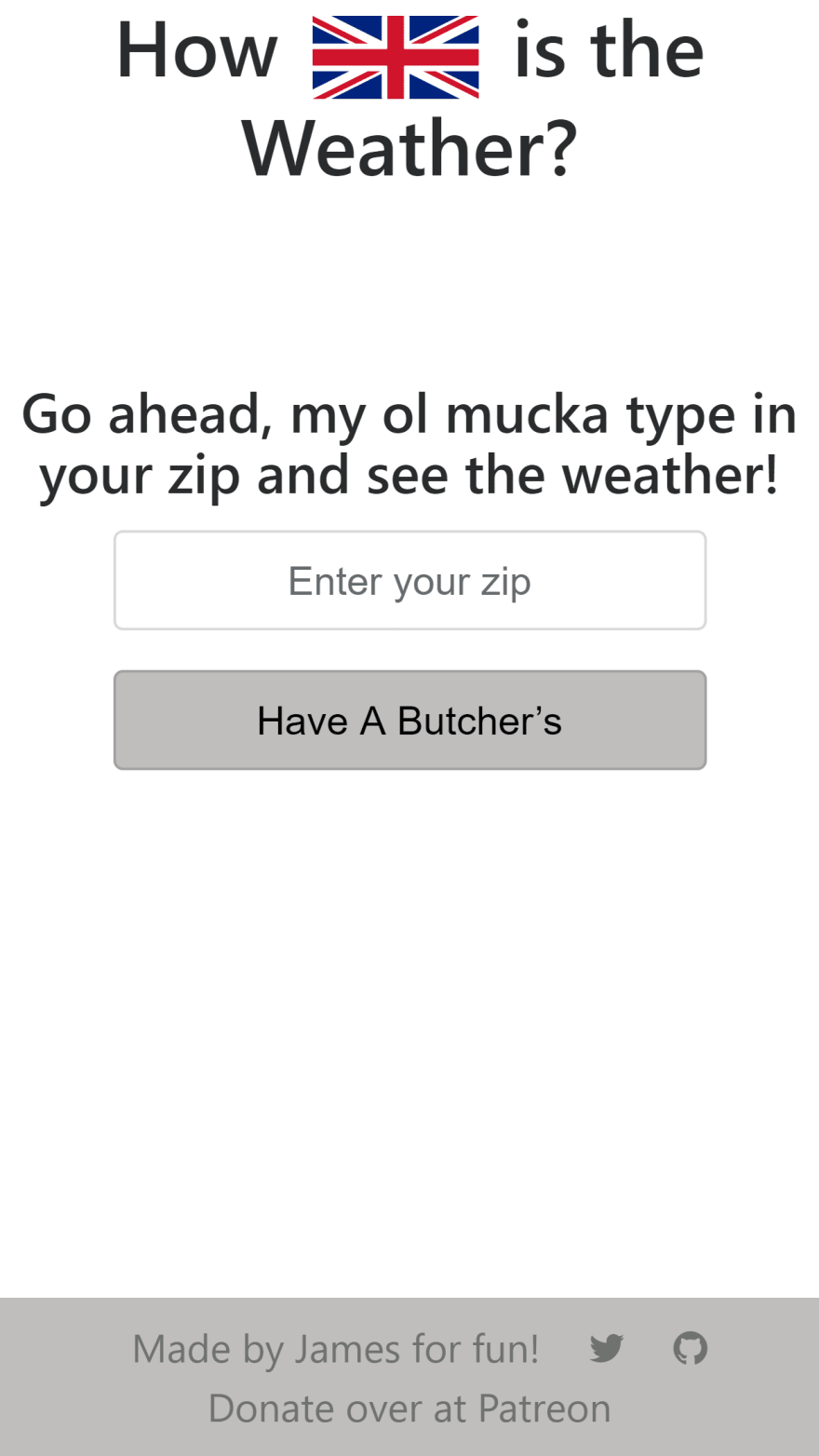 It isn't super pretty and has flaws, for example if you type on mobile the screen shifts causing overlaps. Sure I could fix it, but that's not the aim. The aim is to decompress by not worrying about the styling and responsive design.

Give the app a try.. The API is an open-weather and has some issues using zip code but the app is starting small, next I will add city when I need some decompression. You should find a small project that you don't put the pressure of high standards and just let it flow, it helps break through the frustrations of other work.

Is this the end of localhost? VS Code Server Preview

How to build a real-time movie voting system using React.js 🤯

James Perkins
Developer | Teacher | Blogger and Youtuber
Introducing the open source developer podcast
#showdev #opensource #podcast
Are They Up? A Node cli for checking if a site is up
#showdev #node
Regexits- Common regex at your fingertips
#showdev #node #npmpackage

Once suspended, perkinsjr will not be able to comment or publish posts until their suspension is removed.

Once unsuspended, perkinsjr will be able to comment and publish posts again.

Once unpublished, all posts by perkinsjr will become hidden and only accessible to themselves.

If perkinsjr is not suspended, they can still re-publish their posts from their dashboard.

Once unpublished, this post will become invisible to the public and only accessible to James Perkins.

Thanks for keeping DEV Community 👩‍💻👨‍💻 safe. Here is what you can do to flag perkinsjr:

Unflagging perkinsjr will restore default visibility to their posts.