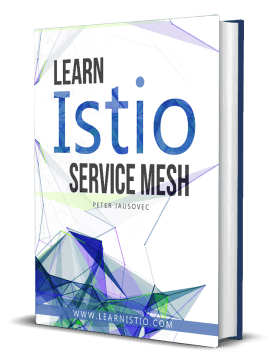 In addition to more “traditional” traffic routing between different service versions, that can be based on a variety of incoming requests properties, such as portions of the URL, header values, request method, etc., Istio also supports traffic mirroring.

Traffic mirroring can be used in cases when you don’t want to release the new version and expose users to it, but you’d still like to deploy it and observe how it works, gather telemetry data and compare the performance and functionality of the existing service with the new service.

You might ask — what is the difference between deploying and releasing something? When we talk about deploying a service to production, we are merely moving the executable code (binaries, containers, whatever form needed for the code to be able to execute) to live in the production environment, but not sending any production traffic to it. The service is there, but it’s not (hopefully!) affecting any existing services that are running next to it.

Releasing a service involves taking that deployed service and start routing production traffic to it. At this point, the code we moved to production is being executed and it will probably impact other services and end users.

Routing traffic between two versions, doing blue-green releases is helpful and useful, but there are risks involved — what if the service breaks or malfunctions? Even if service is receiving only 1% of the production traffic, it can still negatively impact a lot of users.

The idea behind traffic mirroring is to minimize the risk of exposing users to potentially buggy service. Instead of deploying, releasing and routing traffic to the new service, we deploy the new service and then just mirror the production traffic being sent to the released version of the service.

Service receiving mirrored traffic can then be observed for errors without impacting any production traffic. In addition to running a variety of tests on the deployed version of the service, you can now also use actual production traffic and increase the testing coverage which could give you more confidence and minimize the risk of releasing a buggy service.

Here’s a quick snippet on how to turn on traffic mirroring with Istio:

The response you will see on the web page will be coming from the v1 version of the service, however, you’ll also see the request being sent to the v2 version:

Once suspended, peterj will not be able to comment or publish posts until their suspension is removed.

Once unsuspended, peterj will be able to comment and publish posts again.

Once unpublished, all posts by peterj will become hidden and only accessible to themselves.

If peterj is not suspended, they can still re-publish their posts from their dashboard.

Once unpublished, this post will become invisible to the public and only accessible to Peter Jausovec.

Thanks for keeping DEV Community 👩‍💻👨‍💻 safe. Here is what you can do to flag peterj:

Unflagging peterj will restore default visibility to their posts.