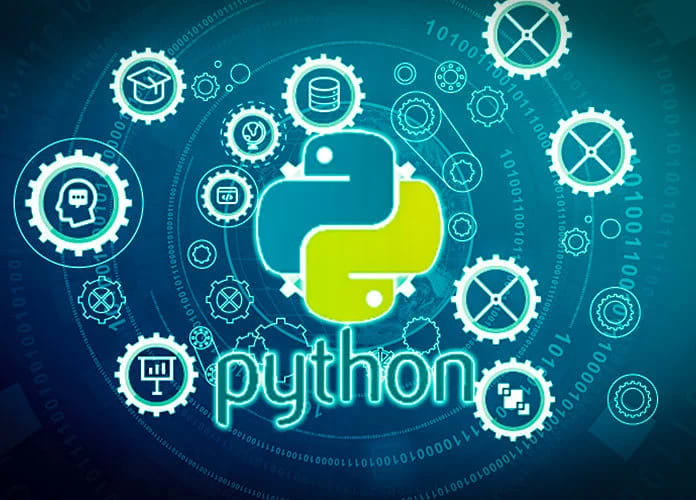 Python is an interpreted high-level general-purpose programming language created by Guido van Rossum in the late 1980s and published to the general public in 1991.

Its syntax and semantics, which emphasize code simplicity and readability, set it apart from other programming languages. This is achievable thanks to its well-defined English keywords and low punctuation reliance. For example, unlike c and c++, python employs white space indentation instead of curly brackets to delimit code blocks, and semicolons aren't necessary for statement termination.
Python is kept simple in general, and you may find it easier to go through the lines and see what you're doing. Python programs are stored in files with the .py extension, which can be run from the command line by typing python file_name.py.

Python is really interactive. This makes it easier to test a program's functionality. This can be accomplished by modularization, which involves taking tiny chunks of code and evaluating them to see if they work. It can also be combined with IDLE, a development environment.

Python has numerous libraries. This broadens a programmer's horizons by allowing him or her to work with other programming tools needed in many industries such as web development, data science, machine learning, and so on, to enable various features such as connecting to web servers.

Python is platform independent. Python programs can be run on Unix, Linux, Windows, and Mac OS X systems. Python is a flexible programming language. It's simple to expand into other modules, such as C or C++, and construct snippets to do a variety of tasks.

Python is open Source. Download, use, modify, and redistribute the product are all free. It's available under an open source license, so anyone can use it.

Debugging is simple. Because data types are dynamically typed, errors can be spotted fast. When you mix types that don't match, an exception will be raised for you to see. If necessary, you can organize the codes into packages and modules.

Object oriented programming. Objects aid in the decomposition of complex real-world problems into a form that can be coded and solved to achieve solutions.

Install the most recent Python version for your operating system Here

A code editor is a tool that is used to write and edit code. They are usually lightweight and can be great for learning especially for a beginner.

Visual Studio Code (VS Code) is a free and open-source IDE created by Microsoft that can be used for Python development.Download VScode

Sublime Text is a popular code editor that supports many languages including Python.Sublime

Atom is a highly customizable open-source code editor developed by Github that can be used for Python development.Atom

Thonny is a simple UI Python dedicated IDE that comes with Python 3 built-in. Once you install it, you can start writing Python code.Thonny

The first example of any programming language is usually "Hello world."
Start IDLE and open a new window (select New Window from the File Menu), create a new file and save it as hello.py in your desired program folders, and then input the following code.

If everything is in order, the program should run without issues and display the following message on the screen.

A comment is text in a program's code, script, or another file that the user is not supposed to read. When looking at the source code, though, it can be seen.
Comments make code more understandable by explaining what's going on and by preventing pieces of a program from running.

The # character is used to create a single-line comment.

A multi-line comment is one that spans multiple lines and is typed in triple quotes.

Variables are identified memory locations where data is kept for programs to refer to and manipulate. Variables, to put it simply, are data storage containers.

Variables do not require declaration. Python is a dynamically typed language since their data types are deduced from their assignment statement. This means that throughout the code, different data types might be given to the same variable.

Python contains a number of standard data types that describe the operations that may be performed on them as well as the storage technique for each of them.
The most common data types-

Number data types are the ones that will store the numeric values and are classified as:
-Complex (such as complex numbers)
-Float (floating point real values
-Long (long integers that can also be shown as hexadecimal and octal.)
-Int (signed integers)
It also involves numbers and simple mathematics in Python.

In Python, strings are a data type for dealing with text. They're a collection of characters encased in quotation marks.
Using the numerous string methods provided, you may conduct a variety of actions on strings.
Creating a string - A string is created by enclosing text in quotes. You can use either single quotes,', or double quotes, ". A triple-quote can be used for multi-line strings.

Lists are one of the most versatile data types that you can work on in Python. It contains different items enclosed within square brackets and separated out with commas. In Python, a list is referred to as an array in other programming languages.
Lists are mutable and can contain elements of different data types and even other lists.

Immutable lists contained in parenthesis are referred to as tuples.

To convert an object into a tuple, use tuple() constructor.

To write a tuple with one element include a comma(,) after the element.

Tuples are immutable, which means they can't be changed. However, portions/slices of existing tuples can be combined to form a new tuple.

Dictionaries are key-value pairs and are surrounded by {}, and are similar to objects in JavaScript.
Creating dictionaries - To declare a dictionary we enclose it in curly braces, {}. Each entry consists of a pair separated
by a colon. The first part of the pair is called the key and can be of any data type and the second is the value. The key acts like an index.

Classes are groups of variables and the functions that interact with them.
The class keyword in Python is used to define classes. They are comparable to classes in other languages such as Java and C#, although there are several variations, such as the use of self instead of this to refer to the class's resultant object. In addition, instead of the more common class name, the constructor method is called init. Every time a class variable is referenced, self must be the first parameter in the argument list of each function, including the constructor.

Method overloading is not possible in Python, however it can be achieved to some extent by providing default values for arguments (shown in the Functions section).

Despite the fact that the two file formats appear to be identical on the surface, they encode data differently.

Different file handling methods include:
1.Opening a File
2.Writing into a File
3.Reading from a File
4.Closing a File

How to Create a Directory in Python?

How to reduce complexity in python for the following code?