When you edit a Canvas app from make.powerapps.com you are working with Power Apps Studio or some times also referred to as Authoring tool; where you build you apps. Microsoft keeps rolling out updates to this authoring tool on a regular basis. You can check out the history of released versions here. So, authoring version is nothing but the version you are using to create your app in the Power Apps Studio.

The feature I stumbled upon is the ability for us to change the authoring version of the Power Apps Studio and I am not sure if it already existed before or not but I found it useful as sometimes you want to keep using the old version just because you might not be ready to upgrade. But when you are ready, you can just hop in here and upgrade to latest version. When to upgrade would solely depend on the features that are rolled out in new version and your decision (obviously).

So how do you change it? First, open any of your existing canvas app in the Power Apps Studio using the ‘ Edit ‘ button. Under File menu, you will find ‘ Account ‘ as an option; click that and your screen will look like below. 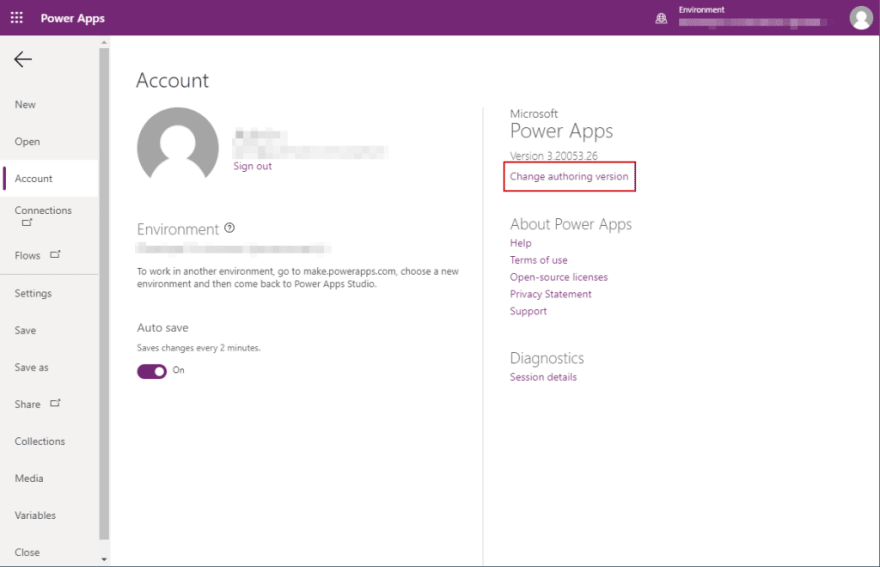 Click on the link that says “ Change authoring version ” as highlighted in above image. This will display a popup with list of versions; one would be the recommended version. Select your preferred version and click the button that states “Reload + apply version”. This will close the current app and reopen in edit mode with the updated version that you selected. 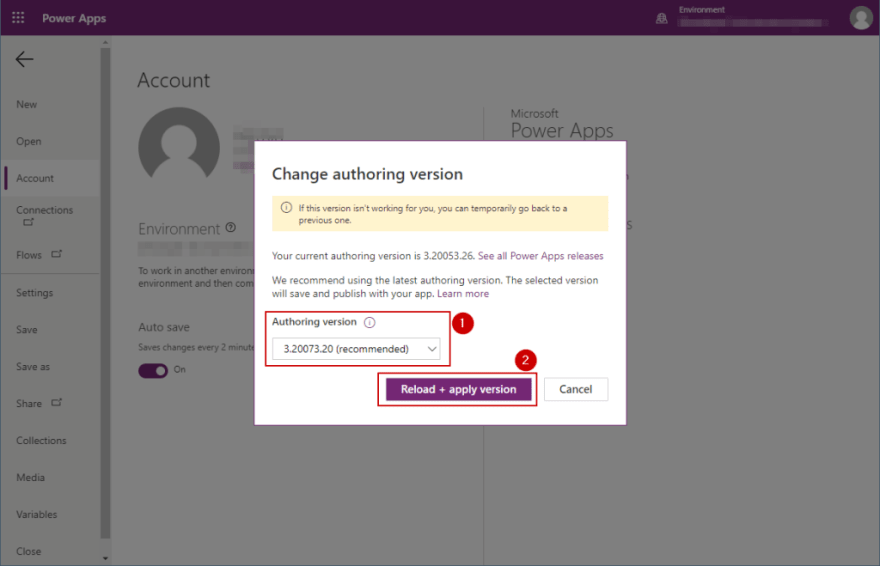 To verify if the changes were applied you can go to “ Account ” option under File and verify the version as shown below. 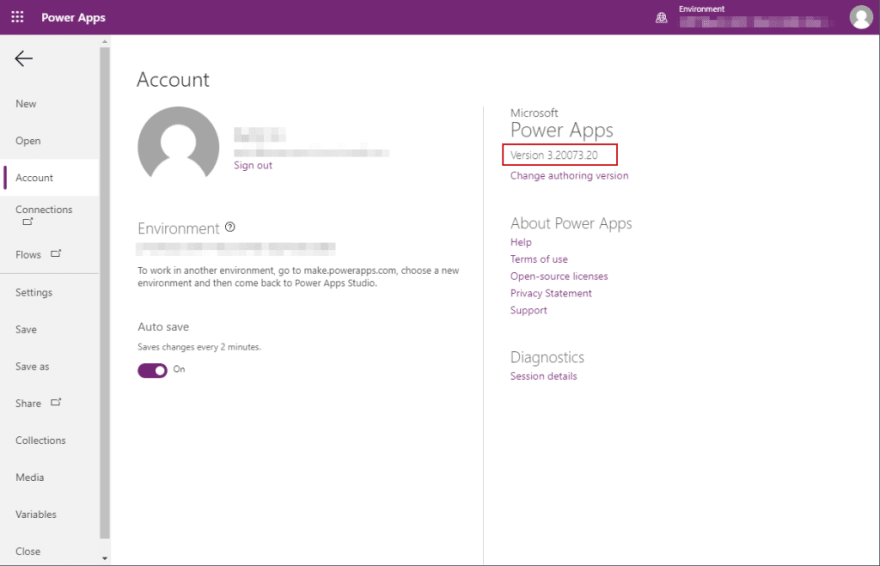 Don’t forget to subscribe to my Power Platform Dev Newsletter

5 pro tools which make you unstoppable on Linux command line

Once suspended, powermaverick will not be able to comment or publish posts until their suspension is removed.

Once unsuspended, powermaverick will be able to comment and publish posts again.

Once unpublished, all posts by powermaverick will become hidden and only accessible to themselves.

If powermaverick is not suspended, they can still re-publish their posts from their dashboard.

Once unpublished, this post will become invisible to the public and only accessible to Danish Naglekar.

Thanks for keeping DEV Community 👩‍💻👨‍💻 safe. Here is what you can do to flag powermaverick:

Unflagging powermaverick will restore default visibility to their posts.