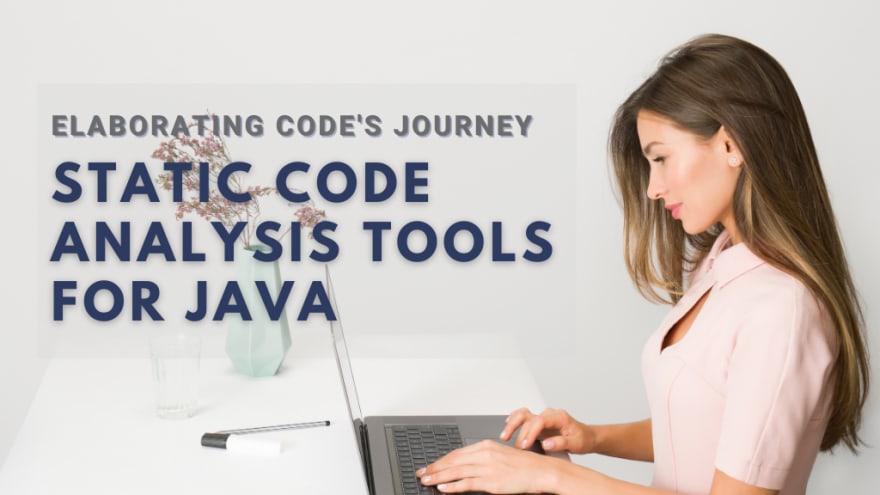 Delivering projects on time has always been stressful in the software industry. Often, the software doesn’t work due to bugs, the problem in code quality, or other vulnerabilities causing delays continuously. Why do such problems occur, you may ask. While consistently working on the project, developers majorly concentrate on logic and fundamentals to reach the final goals. However, while doing so, some of the bugs and errors remain hidden until the deployment of the code. At the time of code execution, these issues suddenly come into view and lead to a long process of debugging and fixing the code.

To deliver the product on time to the clients, developers use some tools to monitor and analyze the source code. Code analysis can be performed in one of the two ways, i.e. static analysis and dynamic analysis. Today, we will understand the code analysis tools for Java.

So, what is code analysis, why it is important to monitor code, and which tools does the developer use? Let’s get into it.

What is Code Analysis For Java & Why is it Important?

Code analysis is a method of analyzing and debugging the source code of the program before actually executing it. However, code analysis is not only limited to static analysis, it goes far beyond that. So, in this article, we will discuss the entire journey of developers till the project reaches the quality analysts/tester for further testing and analysis of the code. Simply, you can think of code analysis as a process that guides developers in maintaining a healthy codebase with best practices by reducing manual effort and increasing the quality while developing the software for the clients.

But, what actually is the programmer’s journey to write quality code? Let’s check it out in detail here.

Which Open Source Code Analysis Tools To Use?

With the variety of tools available out there for code analysis, it becomes difficult to opt for the one that suits your requirements. So, for each step that a developer takes for thorough code analysis, here is the list of open-source code analysis tools to use.

Linting is the first step in the static code analysis for every programming language. In Java, developers mostly use Sonarlint, an open-source IDE plugin that is available for IntelliJ and Eclipse. It helps in automating the analysis of source code for formatting or programmatic errors. With the help of Sonarlint, a programmer can easily reduce stylistic errors while enhancing the quality of the code. It enables developers to address potential vulnerabilities and bugs before their commitment to the codebase.

JUnit is a unit testing framework for Java developers. It is essential for test unit development and is also considered an instance of X unit architecture. It is used for testing the small chunks of code or a unit by creating a path, function, or method. It promotes the idea of a test first and caught late. It is the most commonly used framework for developers’ IDEs. JUnitEE testing framework allows testing the code within the server’s container.

JaCoCo or Java Code Coverage is being used by the developers to check the code coverage of the program. Code coverage is the percentage of code that is covered by automated testing. It is a form of white box testing that finds the areas of the program that does not have a set of test cases. It helps in analyzing the number of codes that we have already tested and what we haven’t covered. With the help of JaCoCo, developers can identify the efficiency of the test implementation, so that they can write additional test code and execute them. Apart from JaCoCo, we have other tools that can be used to check code coverage, like Cobertura and JTest.

PMD is an open-source static code analysis tool for Java that identifies the issues present in the application code. It contains an in-built set of rules and supports the capacity to write custom code. It helps in detecting common programming errors such as empty catch blocks, unused variables, unnecessary object creation, duplicate code, empty logical statements, possible bugs, and so on. It supports JDeveloper, jEdit, Intellij IDEA, Maven, Jenkins, Eclipse, JBuilder, and SonarQube.

SonarQube is an open-source code analysis tool developed by SonarSource. It guides developers in continuous analysis of code quality to provide automated reviews whenever it detects bugs, security vulnerabilities, and code smells. It is sort of a dashboard that offers reports on coding standards, unit tests, duplicated codes, code complexity, bugs, vulnerabilities, and comments. It can easily be integrated with MSBuild, Maven, Ant, Jenkins, Hudson, and other continuous integration tools.

Qualys is the first company to offer cloud-based vulnerability and compliance management solutions. To continuously detect and protect software from attacks, it is the perfect solution to opt for. It allows you to scan the system from one console anytime as required. With the help of Qualys, one can do a thorough analysis and then create custom reports accordingly.

Jenkins is a free automation server that assists in automating some development parts including building, testing, and deploying. It facilitates continuous integration, continuous delivery, and continuous deployment. With hundreds of plugins, Jenkins can practically integrate any tool in the CI/CD toolchain. Moreover, Jenkins easily distributes work across different machines to make the process of building, testing and deploying faster.

Every client and developer wants a high-quality Java code for the project that can be delivered in tight deadlines and short sprints. With the help of these code analysis tools for Java integrations, developers can be confident that inadvertent errors will not make their way into the release while disturbing the flow of the code, while clients can get what they need efficiently. So if you are a business owner who wants to develop a high-quality software or web app for your brand, then you can contact us for consultations or hire developers with extensive experience and knowledge in this field. On the other hand, if you are a programmer who gets stuck in the coding execution, try these tools and enhance your skills effectively.

Most Awesome Hooks for your React project