And why my answer is still a big YES.

This article is originally from Aug 29, 2019. I'm moving my content from medium to dev.to

In 2019, I’ve spent a weekend at the SoCraTes Conference, an un-conference organized by members of the Softwerkskammer, a community of Software Craftspeople whose members are mostly located in Europe.

One of the values SoCraTes is listing on its website is:

We are committed to providing a friendly, safe and welcoming environment for all, regardless of gender, sexual orientation, programming language, ability, ethnicity, socioeconomic status, and religion (or lack thereof).

I had four awesome days, met great people, found like-minded and different-minded folks to have respectful discussions with, made connections and friends. There were many lessons I took from this Open Space, I can’t even wrap my head around all of them now.

But there’s one thing that stood out, is still very present in my mind, still bothering me. One thing I want to share with y’all.

In spirit of Open Space conferences, the topics at SoCraTes covered a wide spectrum. So we had one session about nail polish. Some people brought equipment, some just their curiosity — and nails, obviously. We sat together, did our nails and talked about nail polishing tricks, wearing nail polish while presenting as male and all in between.

The session was visited by people who identified as women, as men, non-binary folks. It was a really nice and diverse bunch, I had lots of fun. And pretty nails afterwards! Later someone put a lot of the equipment up in one of the lounge areas and gradually the amount of people wearing colorful nail polish grew 🌈 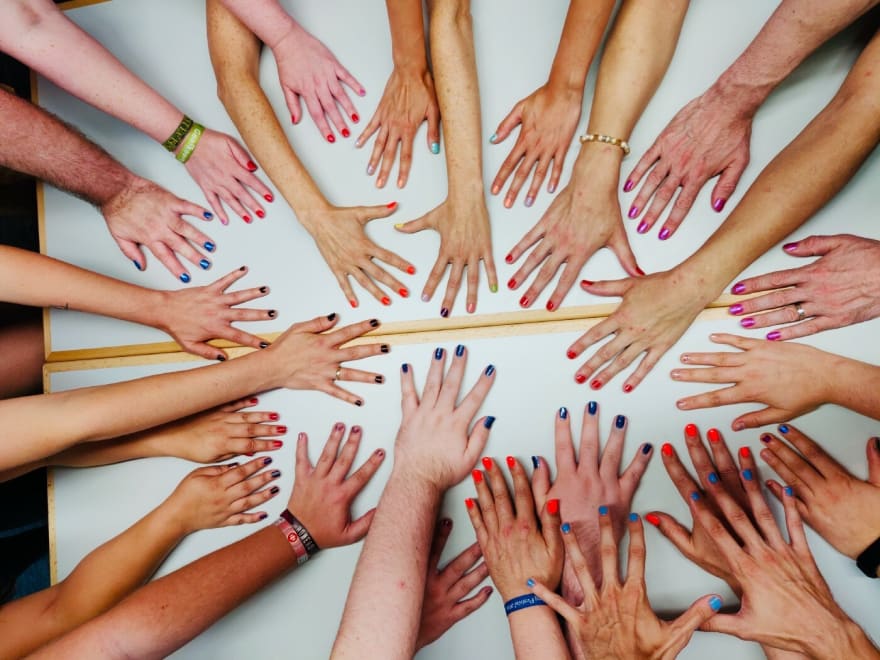 This un-conference was what I consider a Safe Space in our technology community: A place were people, especially from minoritised groups, can feel safe and free of judgment or even harm.

Coincidentally, we had a discussion about the pros and cons, the need or even harm, of having such Safe Spaces in tech events. The opinions differed, but it was a meaningful and respectful debate. I’m very happy that I had the opportunity for an exchange with other opinions than mine.

One of the most expressed critics about Safe Spaces (in tech at least) is that they are forcing further separation of different groups instead of supporting inclusivity. It’s a valid argument.

In my opinion, providing Safe Spaces can be an important step to enable people of underrepresented groups gaining the confidence to join our community. 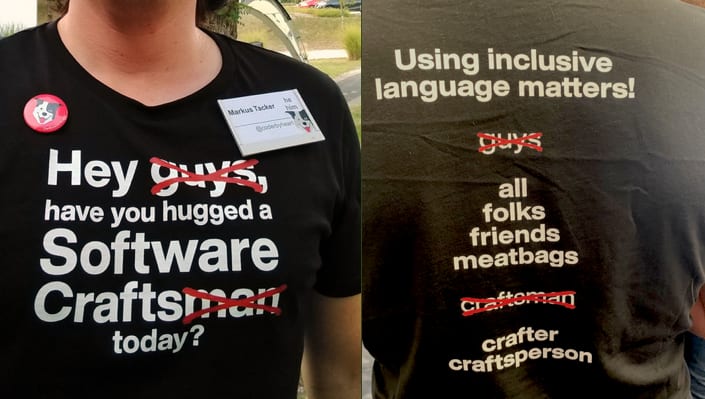 For days, I saw people of all kind of genders with colorful nails and nobody seemed to see this as something unusual. White cis-male with glittering nails? So what.

Then we left the un-conference.

We took a regional train and were controlled by the train conductor, a middle-aged women, seconds in. The train station is only a few meters from the hotel, so we could still see the Safe Space we just left. My seat neighbor wore blue and yellow nail polish. When the conductor saw this, she commented immediately on it. Telling him that “your nails are ugly”, people would think he were “into men” and that he was a good looking guy so it would be “a shame” that the nails would make him “look gay”.

“This is not really happening right now”

…was all I could think in this moment.

He reacted great, telling her that he thought his nails looked good. She actually asked about his sexual orientation a few times — like she had any right to do so — but he didn’t answer this questions and just said it didn’t matter if he was into men or women or both. And that his nail didn’t have to do anything with it anyways.

Honestly, none of us by-sitters knew how to react in that moment and I’m still not sure what would have been a good way to handle this. The women sure noticed that her comment felt inappropriate for us, but I don’t think that’s quite enough.

This interaction stayed with me for a while. And with Lucas — you know, the guy with the nice nails — too. He wrote down his own thoughts on that encounter and I highly recommend to read it, because it gives you another view.

In this situation, no real harm was done because my seat neighbor wasn’t fazed and the rest of us was not addressed in that way. But not everybody has — and can have — that kind of confidence. Not for everyone are this kind of things the exceptions but the norm.

But “Safe Space” sounds like the rest of the world is unsafe!

Sometimes the rest of the world is unsafe

What if that comment had been directed at someone who didn’t had that kind of confidence in this moment? I for sure wouldn’t have it! That person could have felt rightfully hurt because another human being just felt the need to tell them something about them was “ugly”.

What if that comment has been directed at someone who was homosexual? That person could have felt rightfully hurt because someone just used the “looking like you are gay” as an insult. As if the sexual orientation of this person was something that they should be ashamed of.

I don’t know if other people had similar experiences on their way home. I suspect so. Every day there are people out there who experience this.

So my stance on still needing Safe Spaces in the tech community was reinforced this weekend and especially through that train ride.

We need safe places to let people be. To let them breathe freely.

We need to provide places for people to calm down, recharge energy and to heal. To be empowered to deal with the world out there, were people may call you ugly just because you don’t fit their narrow-minded picture of the world. 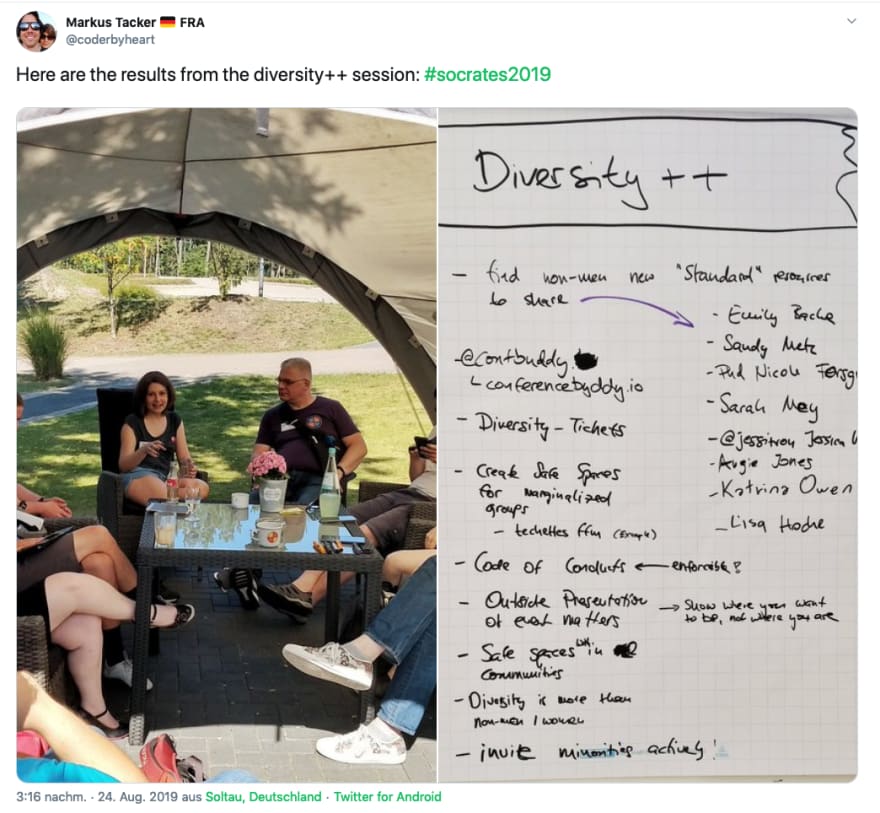 Community Heat, or Why You Should Get Good at Events

Once suspended, programmiri will not be able to comment or publish posts until their suspension is removed.

Once unsuspended, programmiri will be able to comment and publish posts again.

Once unpublished, all posts by programmiri will become hidden and only accessible to themselves.

If programmiri is not suspended, they can still re-publish their posts from their dashboard.

Once unpublished, this post will become invisible to the public and only accessible to Mirjam Aulbach.

Thanks for keeping DEV Community safe. Here is what you can do to flag programmiri:

Unflagging programmiri will restore default visibility to their posts.