Hey there! So I'm trying to figure out how to use canvas element in React. 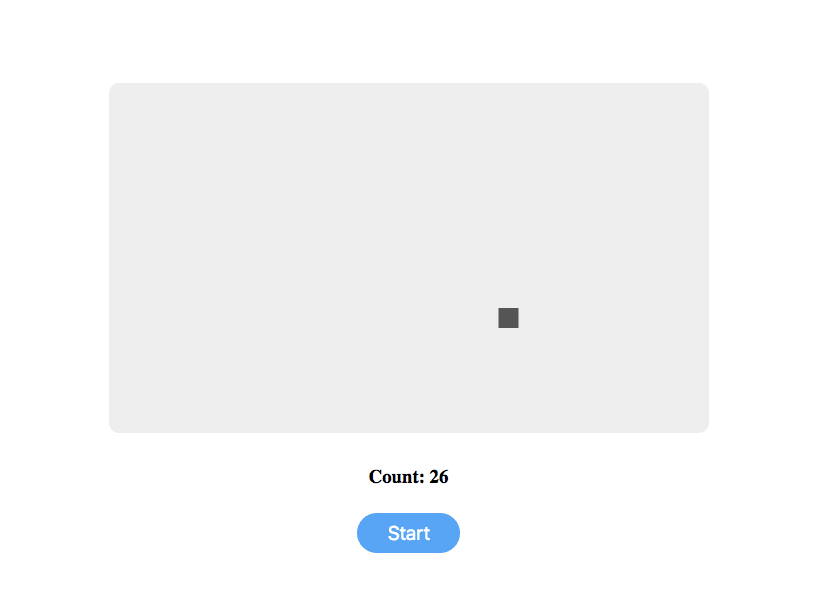 Here is how my playground looks like. Canvas element, a dot travelling around the board and a button to start / stop the animation

The button is giving me hard time pausing and resuming the animation. When the dot stops programmatically, it takes a couple of extra clicks on the Start button to keep it moving.

I suspect it has to do with useEffect and its dependencies.

Do you think you could take a look and give me some advice?

I use requestAnimationFrame() method to update the animation.

I use shouldStop as a key to pause the animation.

At the start it works as expected

When the dot bounces at the edge, the app resets its position and flips the key back to true. The dot rests in the middle of the screen.

I guess I have three questions 😼

Yar
Catching up with technology 💾
Running Trails With Google Maps in React
#showdev #react #learning
Animation with Canvas and requestAnimationFrame() in React
#learning #react #showdev #tutorial
Why pressing the key works only once in my React project?
#beginners #help #discuss #react

Once suspended, ptifur will not be able to comment or publish posts until their suspension is removed.

Once unsuspended, ptifur will be able to comment and publish posts again.

Once unpublished, all posts by ptifur will become hidden and only accessible to themselves.

If ptifur is not suspended, they can still re-publish their posts from their dashboard.

Once unpublished, this post will become invisible to the public and only accessible to Yar.

Thanks for keeping DEV Community 👩‍💻👨‍💻 safe. Here is what you can do to flag ptifur:

Unflagging ptifur will restore default visibility to their posts.