This post is Part 1 of a series on utilizing Design Patterns in the context of Functional Programming. If you are interested in learning more, stay tuned for more on my DEV page.

Made ubiquitous by the indispensable book Design Patterns: Elements of Reusable Object-Oriented Software written by the Gang of Four, Design Patterns in Software Engineering (SE) are often utilized as battle-tested ways to solve recurrent system design problems in a flexible and reusable way. 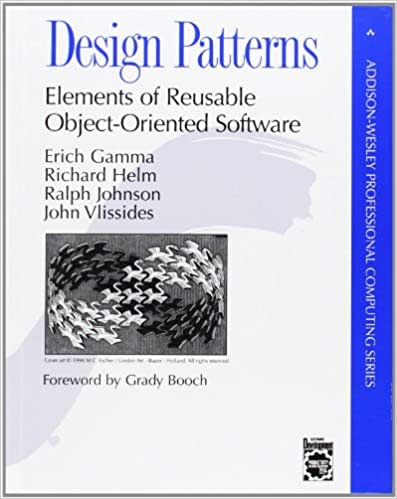 The now must-have book in every Software Engineer's bookshelf. [source]

However, Design Patterns are more often than not, are utilized in an Object-Oriented Programming (OOP) fashion. Many patterns include the use of abstract classes, interfaces and other OOP features that do not make sense in the context of Functional Programming (FP), where whole systems are composed of functions instead of concrete classes.

Thus, this poses a sort of cognitive mismatch for many engineers who have internalized these OOP patterns and are finding themselves in an environment where FP is growing in popularity.

This post and the subsequent series seeks to provide some instruction and examples on using some of these patterns in the context of FP.

The Strategy Pattern from the GoF book is described as a way to vary a family of encapsulated algorithms to make them interchangeable from a runtime context. That definition can be a mouthful, so let's break it down.

We have a few components here:

To make it easier to understand this, let us adapt this pattern in a real-life context:

Suppose we have a retail store and we want to introduce a way to implement different pricing algorithms to calculate the total price of a customer's order depending on the type of a customer (walk-in or online).

We can first define our pricing algorithms as follows:

Following that, we can then introduce the strategy and algorithms to the context, like so:

This is pretty simple and intuitive!

There are a few benefits to designing the variation this way:

Now that we've established how to use the Strategy Pattern in an OOP fashion, how do we implement the same kind of logic in a FP-friendly way?

Well, quite simply we can leverage the idea of higher-order functions, where functions can take in other functions as parameters.

This allows us to represent a similar abstraction provided by using an interface in OOP!

Let us explore how we can do this:

As you can see, we simply substitute the Strategy interface with the getTotalPrice function which consumes the pricing algorithm specified as a parameter and returns us the price for the given function.

This structure allows us to leverage off the same extensibility and encapsulated design that the pattern gives us in the OOP approach! With lesser OOP specific syntax, the code is also shorter and more understandable, which more complex implementations can benefit from.

The Return of Server Side Routing