CSS is the bane of many developers’ existence, as evidenced by this query on reddit.

But CSS doesn’t really deserve the bad rap that it gets! Although everybody’s reasoning is different, the general consensus is that CSS is hard because it behaves weirdly. One such concept which scares off most beginners, is that of flexbox. But as you go through this article, it will become apparent to you that flexbox is actually a pretty easy concept to comprehend!

Simply put, flexbox is tool to build layouts. It provides a cross browser-compatible method to implement layouts and makes it easier to add responsive design to your application, without you having to explicitly deal with positioning the components of your page.

The only prerequisite to learn flexbox is CSS selectors. In case you need to brush up on CSS selectors, you can go through the following article.

Just like the box model in CSS, there is something called the flex model, which can help you visualize the layout a lot better.

You might be aware that an outer container acts as parent element, and all the elements nested within a container will act as child elements. In the flex model, this parent element is called a flex container and all its children are called flex items.

The following image gives a concise explanation of the flex model: 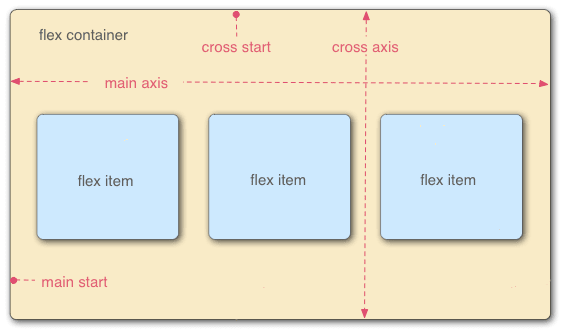 Consider the following HTML code, wherein we have a flex container and 4 flex items nested within it. 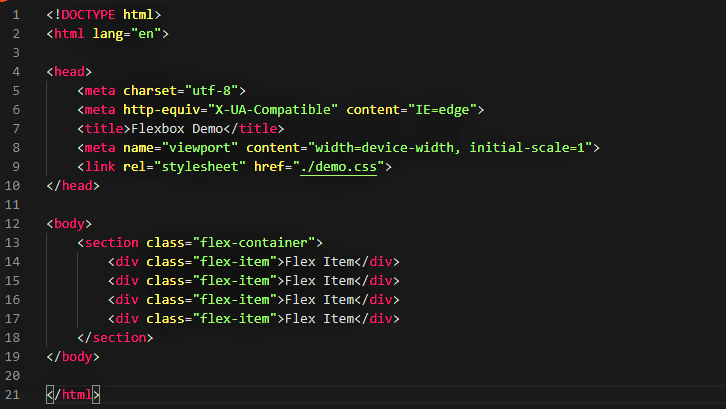 Now, if we select flex-container and set its display property to flex, all the default flexbox properties are applied to it, as illustrated below. 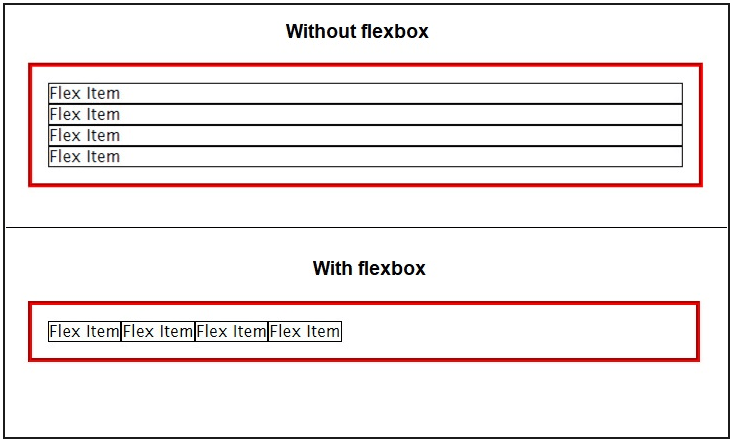 Let’s take a look at the different properties that are applied when an element’s display property is set to be flex . 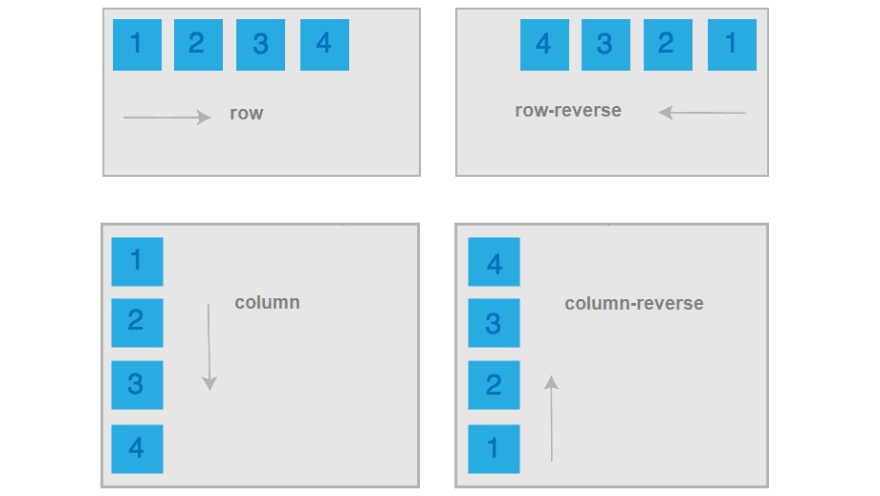 Up until now, all the properties I listed were used to either set the direction of the main axis, or to allow flex items to be distributed over multiple lines. The following properties are responsible for the alignment of the flex items within the flex container. 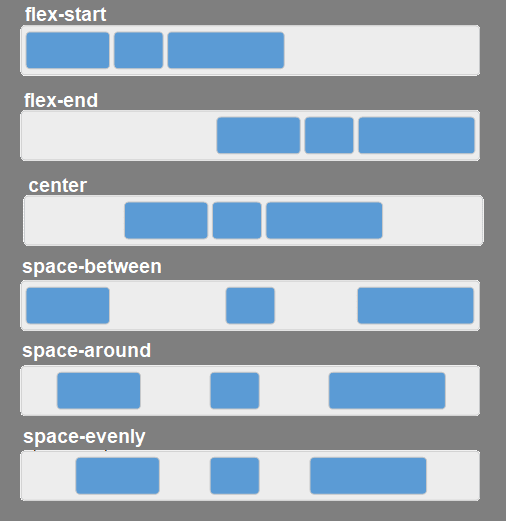 Illustration to explain the different options for justify-content 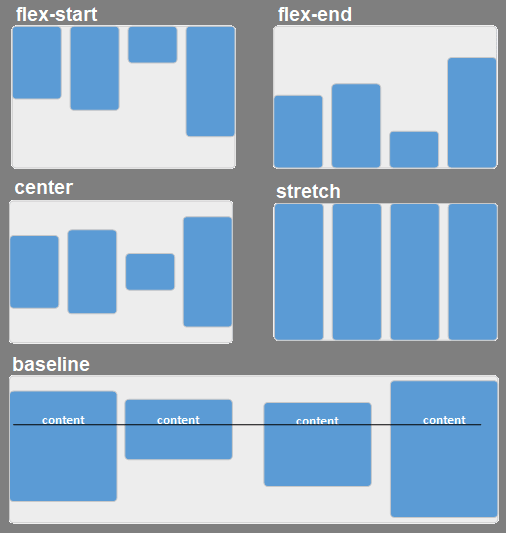 Illustration to explain the different options for align-items 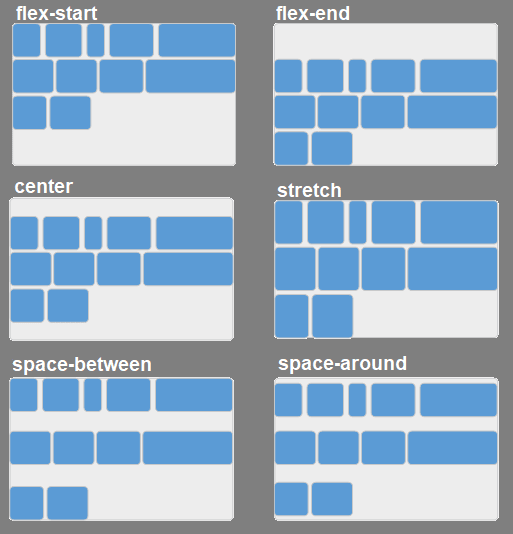 Note that align-content will have no effect on your layout in case your main axis has a single line of flex items.

Now, let us take a look at the properties that can be applied to the flex items, which are nested within the flex container. 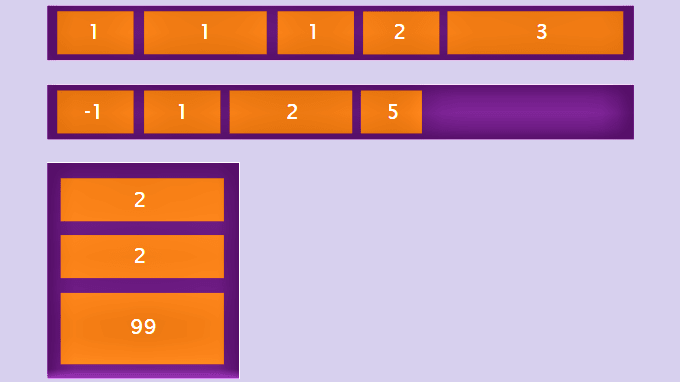 The flex-items’ order can be seen within the orange boxes 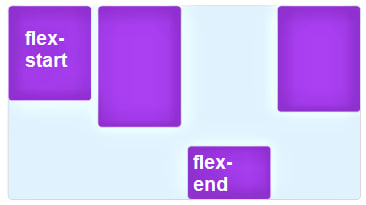 An example to illustrate align-self

The options that are available in this property are the same as those of align-items and the default is set as auto .

Now that you know the basics of flexbox, the next hurdle to overcome is to be able to construct layouts using flexbox.

This resource provides examples of some common layouts found in most modern websites.

But, in case you want to be able to build your very own layout, the best method to practise is by converting a PSD template into a CSS file. This means replicating PSD templates using just CSS flexbox! Doing this will help you instantly spot common design patterns which can be achieved using flexbox, which will in turn strengthen your flexbox skills!

A popular resource for Photoshop templates is dribbble. You can start by taking a look at this list of template designs

Once you are able to build layouts resembling the above templates, you have already overcome your dread for CSS!

Two very useful resources for diving deeper into other CSS concepts include the MDN docs, and the css-tricks website.