2018 is an excellent time to jump into the app development bandwagon. Day by day new developments are emerging offering the world fresh means of using the internet. It may quite interest you to know that over the past few years, more than one million apps have been developed worldwide using Ionic technology.

The best apps are the ones who have the potential to take full advantage of the amazing features available to them natively on iOS and Android. Native activities include right from taking pictures or using the accelerometer, connecting to devices through Bluetooth, authenticating with finger scanning, and so more, Today's app requires to fulfill it all. Now I have come across many of you who often happen to believe that it can’t access the same native SDK features like a pure native app can. This is absolutely untrue. Due to the lack of central repository for all the available native plugins, it really becomes hard to know what’s available when plugins are scattered about and only available through tedious digging through npm and GitHub repos. 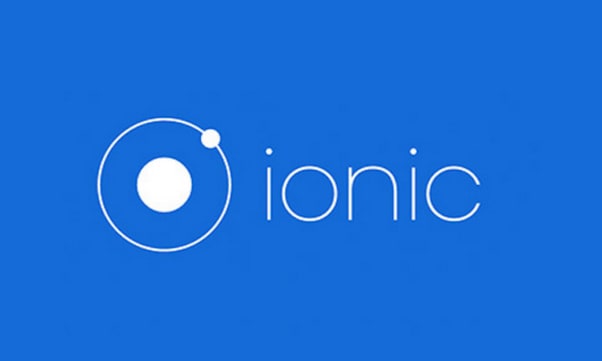 Let’s take a close look at the fragmented landscape of mobile app development frameworks. On one side some platforms attract developers simply because of their native performance goals while on the other side, HTML-based frameworks have always made developers think twice about even choosing them. Speaking more about the cross-platform frameworks, Ionic has been gaining consistent popularity.

Much unlike native frameworks where you might have to separate code for many of your features to cater different mobile platforms which eventually results in increasing your time and cost. The ionic framework offers you to use exact same code base for all the supported mobile platforms. This eventually will save you a ton of development and maintenance time, offering you other cost benefits.

The open source platform available under MIT license allows anyone to make use of Ionic commercially without even paying a dime. Being an open source, it has succeeded in attracting thousands of developers across the globe. Thus it is being developed and maintained by the best of the minds in the world.

You will be quite interested in knowing the fact that Ionic doesn’t come with one compressed file of the framework. Apart from this, heavy lifting tasks such as creating builds, setting up environments and do packaging by installing tons of other libraries and tools are done by you easily. And there is no denying in the fact that it rather has one of the strongest ecosystems of supporting tools and services.

The node-based command line tool, Ionic CLI allows developers to perform app related tasks like boost strapping, running, debugging and packaging apps with very simple and easy to remember commands. The ionic creator even allows to create ionic apps visually with simple drag and drop functionality. Other crucial tasks such as sharing your work with your clients and testers have been made easy with the Ionic View app and that too without beta provisioning.

• Based on Apache Cordova

The open-sourced app packaging framework is high in demand resulting in becoming one of the standards in hybrid app development It also allows developers to use standard web technologies- HTML5, CSS3, and JavaScript for cross-platform development. Cordova itself having a great community of developers and plugins allows one to access the native functionality of the platform on which application is running. This gives you an ultimate freedom of implementing some native platform-specific features for your app.

HTML, CSS, and JavaScript is the current lingua franca of the web Millions and millions of developers around the world are working on web apps using the same technology stack. By leveraging existing technologies, Ionic as a platform has made the transition easy for professionals to start building apps.

There are times when a smallest bug can take your whole day. This simply happens because the documentation provided isn’t sufficient or there are not enough forums where you can ask for help. Fortunately, this is not the case with Ionic app development. You will come across several teams of Ionic app developers who endeavor hard to provide a very detailed documentation and easy tutorials to get started. Ionic communities host a forum as well where developers around the world are ready to help you 24/7.

houry: A Simple Python App That Beeps Every Hour

Rakesh Patel
Rakesh Patel is Marketing Manager. He writes about Technology Trends, Leadership and many more things about IT services through his online contribution
7 Guidance for implementing Material Design in Android App Development
#android #app #development

Once suspended, rakesh_patel55 will not be able to comment or publish posts until their suspension is removed.

Once unsuspended, rakesh_patel55 will be able to comment and publish posts again.

Once unpublished, all posts by rakesh_patel55 will become hidden and only accessible to themselves.

If rakesh_patel55 is not suspended, they can still re-publish their posts from their dashboard.

Once unpublished, this post will become invisible to the public and only accessible to Rakesh Patel.

Thanks for keeping DEV Community 👩‍💻👨‍💻 safe. Here is what you can do to flag rakesh_patel55:

Unflagging rakesh_patel55 will restore default visibility to their posts.