Hello reader, I am sure you might be one of those people who are trying to figure out, How do we connect the React client with the backend?! I assure you by the end of this post you will be able to grasp the basic stuff you need to know in-order to build your own FullStack react web application.

In this post, I wouldn't be focusing much on the design aspect. Much emphasis will be given to the concept.

I am assuming that you are quite familiar with the structure of a react client repo. Firstly, you must have the react boilerplate code which can be created using the create-react-app package by npm.

Inside the client repo, create another folder called server.

Initiate the package.json using the below code segment.

With the package.json file available in the server directory, we are ready to add some dependencies which will be useful in setting up the backend.

Let us have an idea about what each of the above package does:

Then, we must also install a package called nodemon.

Nodemon is a utility that will monitor for any changes in your source and automatically restart your server. Nodemon is used to run our Node.js server.

After this, we need to install MongoDB. In MacOS, we van install and run Mongo by the following commands.

After the mongo shell opens:

The above command will create a database named todos.

If you face any problem with the Mongo installation, you can refer to the official website. It is quite clear there about the installation process of mongodb.

With this we have installed all the packages we need for the server side.

Configuring the server and connecting the database

Let us first create a file called server.js inside the server folder.

Also create a directory called db inside the server and create a file called index.js inside it. This file will handle the connection of the database to the server.

The index.js file inside the db directory is given below.

With the above code, we are creating an express server and we are binding the cors and body-parser middleware to the app object.

We make use of the mongoose library inside the index.js file of the db directory to connect the database. We are loading the database in the into the server.js file to complete the connection of MongoDB with the express server.

Also, note that the server listens to the port 3000.

To run the server:

Create a models folder inside the server. Inside the models directory, create a file named todo-model.js.

Mongoose allows us to create a model in an object oriented way.

With the above code, we are ready to access the Mongo database using the Todo Schema.

The above lines will create a router instance.

The todo-ctrl.js file has the code for main implementation of adding a todo item and returning all the todo items.

Inside the todo-router.js, we define the method of handling the request using the statement

We can also see the another route which is used to get all the todo items which we need to display on the browser.

We also must load the routes into the server.js file.

We can test the API's using Postman. Check the images below 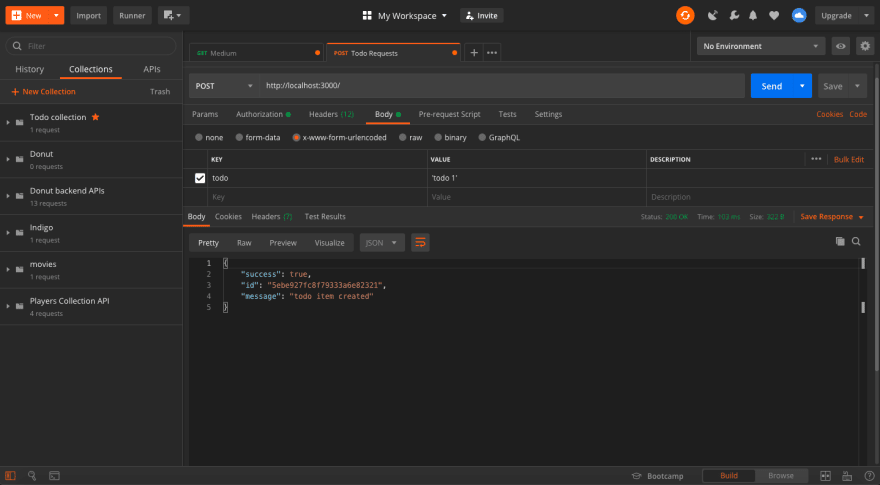 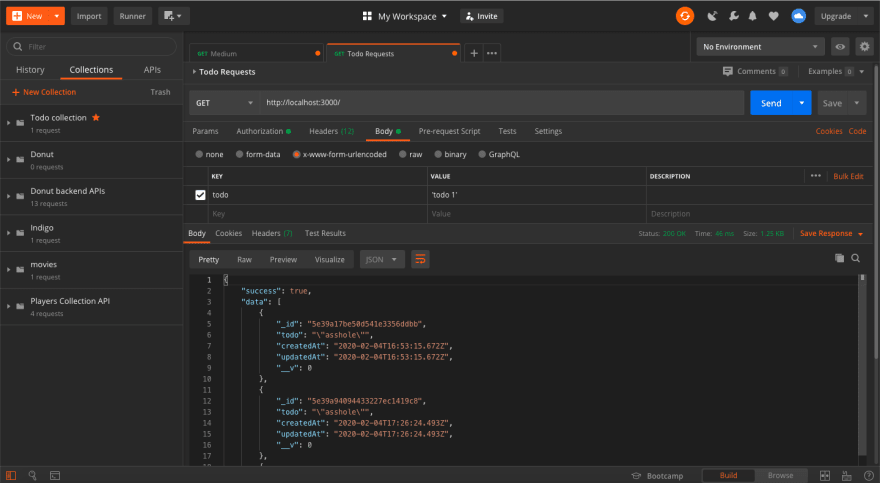 With this, we finish the backend implementation of the Todo application.

We use axios package of npm for fetching the data from the endpoints.

NOTE: It is advisable to use the map function in-order to loop around the todo items. For understanding purpose I have used the for loop.

Make sure that you import the Todo.js inside the App.js and run:

Open your browser and go to http://localhost:3001 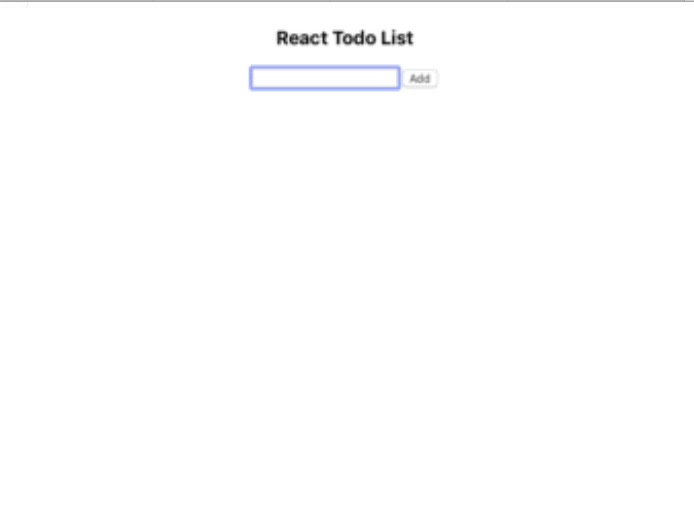 As you add the items, the items will be updated.

I also want you to try deleting the todo items from the list. You can also try creating using a good design template.

The repo for the article can be found here

Reach me out on Github and LinkedIn

4 Ways to Minimize Your Dependencies in Node.js

Once suspended, rakshit will not be able to comment or publish posts until their suspension is removed.

Once unsuspended, rakshit will be able to comment and publish posts again.

Once unpublished, all posts by rakshit will become hidden and only accessible to themselves.

If rakshit is not suspended, they can still re-publish their posts from their dashboard.

Once unpublished, this post will become invisible to the public and only accessible to Rakshit.

Thanks for keeping DEV Community 👩‍💻👨‍💻 safe. Here is what you can do to flag rakshit:

Unflagging rakshit will restore default visibility to their posts.