These days I mostly write Ruby, and from what I hear, it’s a nightmare on Windows proper.

"Why is everyone going to Node instead of Ruby??"

50% of developers primarily use Windows. (insights.stackoverflow.com/survey/2018/#t…)

@avdi Ruby on pure Windows is a dead end for Rails and pointless investment of time imo, improving Ruby on "Windows Subsystem for Linux" should be a priority though, and bootsnap makes it bearable. meta.discourse.org/t/installation…

Thanks to the Windows Subsystem for Linux (WSL), enough of the headaches have been smoothed out for me to give this a shot.

The Windows Subsystem for Linux lets developers run a GNU/Linux environment -- including most command-line tools, utilities, and applications -- directly on Windows, unmodified, without the overhead of a traditional virtual machine or dual boot setup.

Starting from a clean slate, it's time to start the Linux adventure.

I followed along with a helpful Microsoft article to get up and running. First, open up an admin PowerShell window, and enable the WSL feature with

It’s important to end up with WSL 2 because of all of the performance improvements, so make sure to grab all of the Windows updates to get at least to version 1903 with build 18362. Then enable the Virtual Machine platform with

Make sure to restart the computer! Something I missed at first. Once that's done, download and run the Linux kernel update package 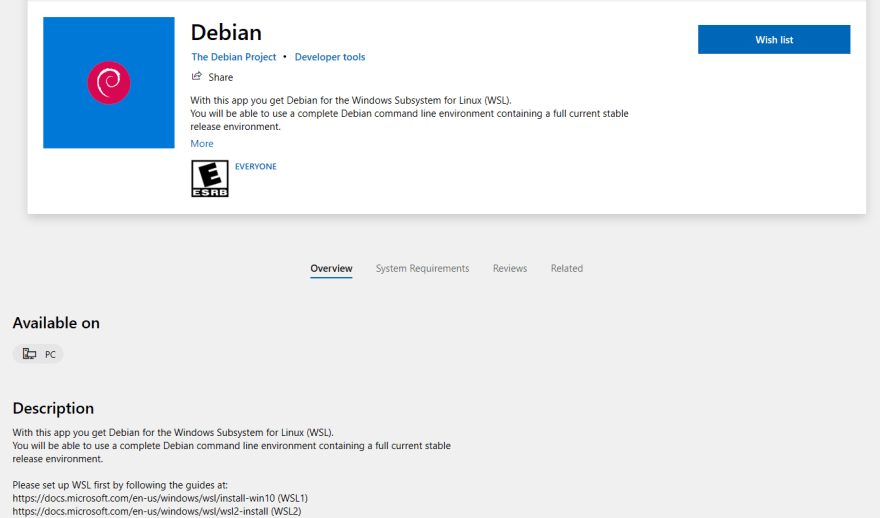 Finally, head over to the Microsoft Store to find your favorite Linux distribution, Debian, and download/install that. 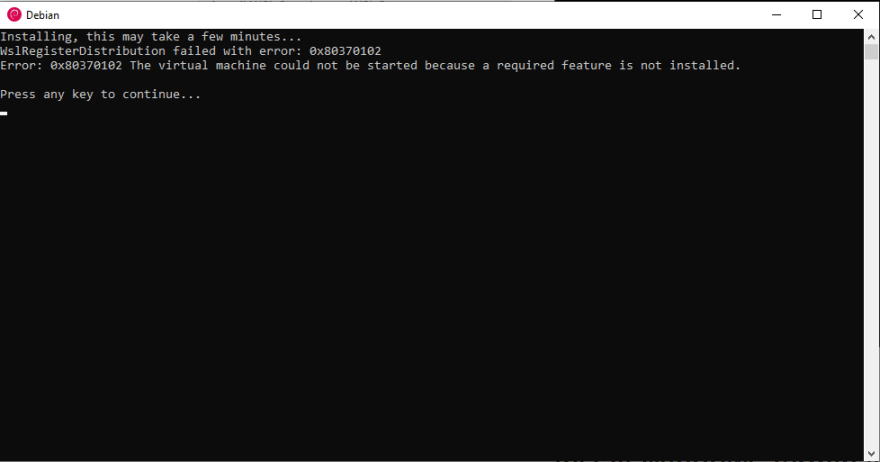 Even if WSL avoids “the overhead of a traditional virtual machine,” it still takes advantage of virtualization tech. Initially, when I tried to open up the Debian app, I hit Error 0x80370102. 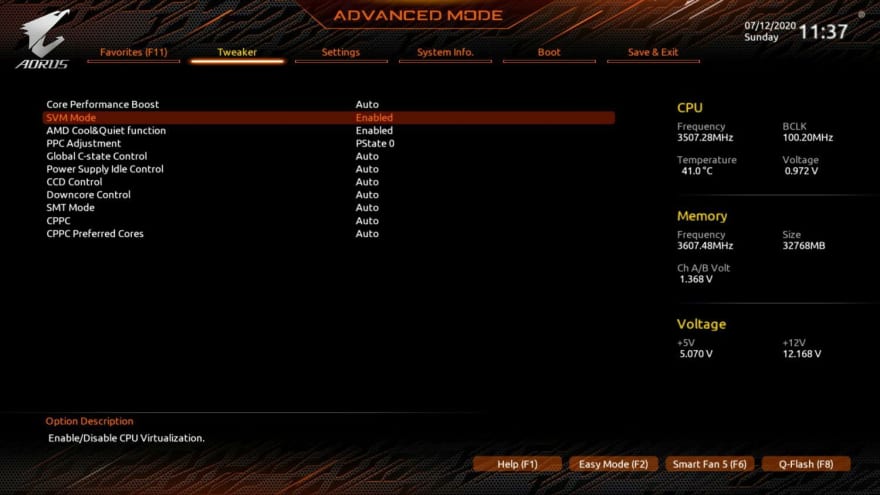 After some digging, I found that this meant some virtualization features on my system weren’t enabled. I have a newer Ryzen build and found a BIOS setting for SVM (AMD Secure Virtual Machine) Mode, disabled. Once I flipped that on and booted back into Windows, I was back in business. 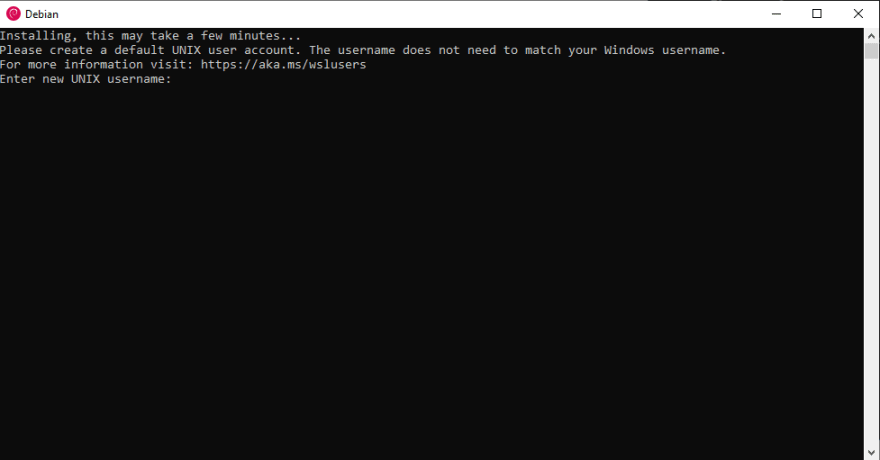 Once successfully installed, create a primary user with a secure password, update with the system package manager, and hang tight for the next time where I’ll be getting my development environment ready for my day-to-day work! 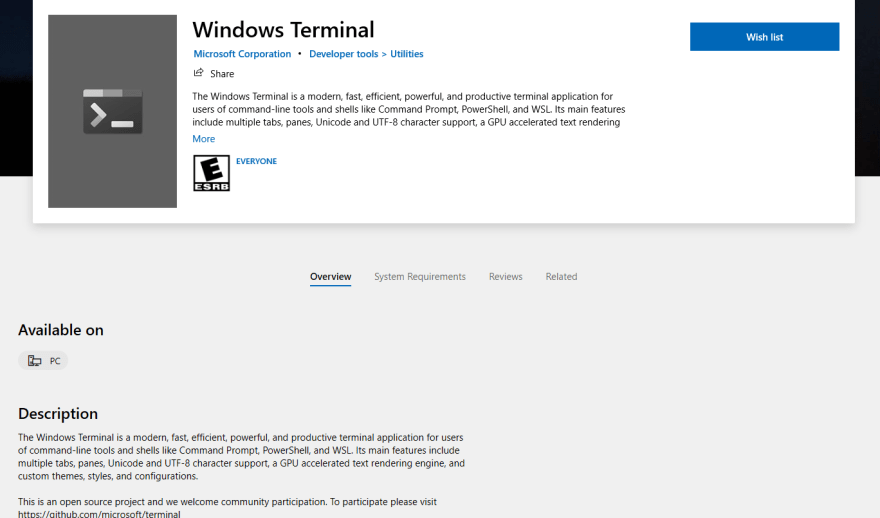 Microsoft has been doing a great job with their tooling for developers, and the Windows Terminal app is no exception! Grab it from the Microsoft Store, and it can be a great alternative to the more basic terminal experience you get from the WSL apps themselves.

Windows Terminal is super customizable, and all from editing an easy-to-read JSON file. Check out the documentation for the various options and even some cool custom color schemes.

Once suspended, ramimassoud will not be able to comment or publish posts until their suspension is removed.

Once unsuspended, ramimassoud will be able to comment and publish posts again.

Once unpublished, all posts by ramimassoud will become hidden and only accessible to themselves.

If ramimassoud is not suspended, they can still re-publish their posts from their dashboard.

Once unpublished, this post will become invisible to the public and only accessible to Rami Massoud.

Thanks for keeping DEV Community safe. Here is what you can do to flag ramimassoud:

Unflagging ramimassoud will restore default visibility to their posts.