"JavaScript fatigue" is a well known concept (which also brought a lot of good) sired by the explosion of the JS community in the latest years but I would like to open a discussion about the rest of the software technologies as well.

Do we have too many programming languages? Sometimes I find myself thinking about the fact that we (as the developers on planet Earth) spend so much time writing "a date/time library" in a gazillion of languages because every new language or framework obviously needs one. I'm not arguing merits here, every language is either amazing or useful to someone but they all need the same building blocks. Will we ever find a "one true language" for each domain (I know, my reasoning is fallible) and stop rewriting functions to split a string into an array each and every time?

Are there too many technologies on the cloud? I am not advocating monopoly obviously but every time I open the AWS console (I hope I'm not the only one) I find this dashboard a bit ridicoulous: 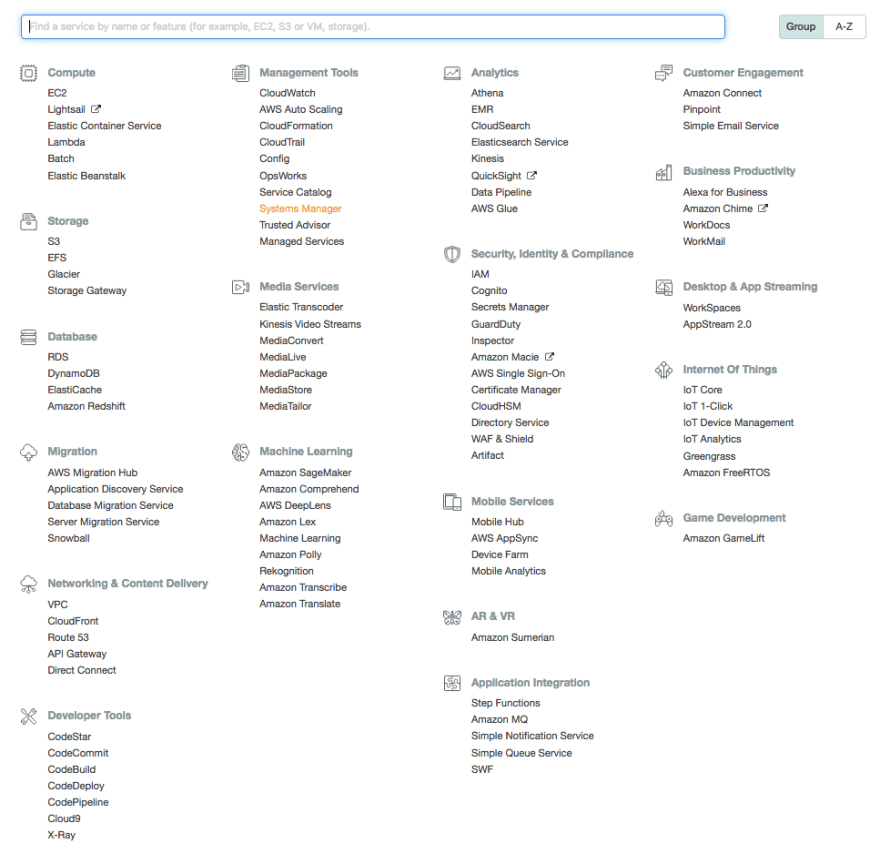 I honestly don't know what half of those entries do.

I guess the same goes for Azure.

How much cloud tech are we supposed to be familiar with?

So, am I the only one that thinks of "software developer fatigue"?

What tools do you use to boost productivity?

What tools would you choose to create a personal portfolio site if starting from scratch?

rhymes
Such software as dreams are made on. I mostly rant about performance, unnecessary complexity, privacy and data collection.
How to combine Rails's Ajax support and Stimulus
#rails #javascript #stimulus
How to wrap a Preact component into a Stimulus controller
#javascript #preact #stimulus
Changelog: API updates
#changelog