I am finally back in 🍁and after a 20 hour flight, I needed some time to relax and get back to my EST time zone schedule.

This week I had some fun with cleaning up my Github, while I was doing that I realized why not create a Git CLI cheat sheet to help other. 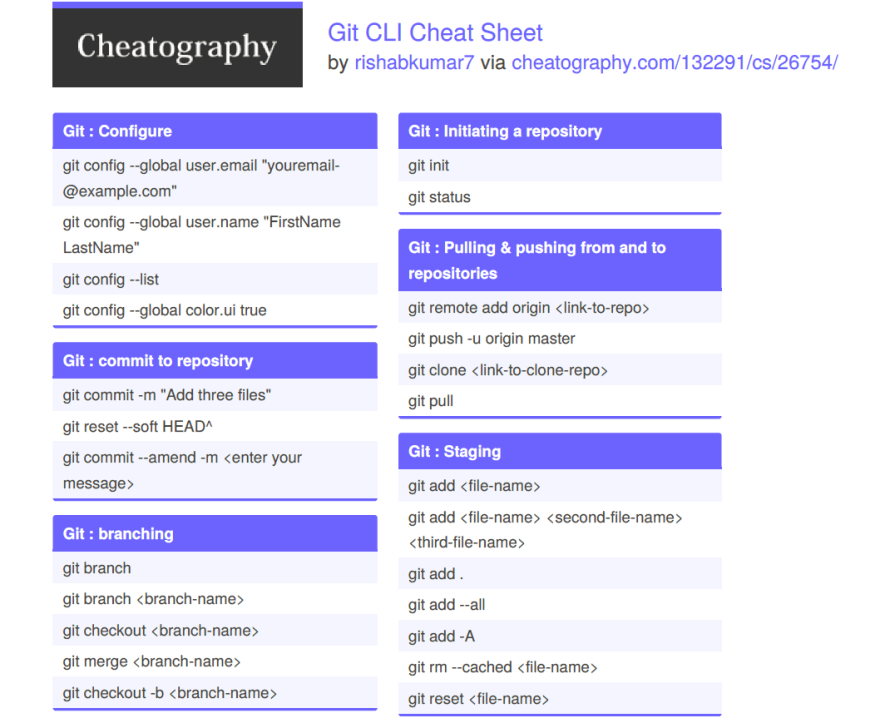 Now, let me get started with Git.

Git is a free, open-source version control software. It was made by Linus Torvalds in 2005. This tool is a version control system that was at first evolved to work with a few engineers on the Linux Kernel.

Real life projects generally have multiple developers working in parallel. So they need a version control system like Git to ensure that there are no code clashes between them.

The branch system in Git permits developers to work independently on an undertaking (For instance: One branch - > One errand OR One branch - > One developer). Fundamentally consider Git a little programming application that controls your code base, in case you're a developer.

So to begin utilizing Git, we need to realize where to have our repositories.

A repository (or "Repo" for short) is a task that contains numerous documents. For our situation a repository will contain code-based records.

There are two different ways you can have your repositories. One is on the web (on the cloud) and the second is not on web (self-hosted).

Now let's get to the the cli commands.

Git : Pulling & pushing from and to repositories

The PDF version of the same is available here

Hope this is helpful, and if you have any concerns or feedback feel free to reach out on Twitter, my dms are open 🙂.