Back in March 2020 the western world came to somewhat of a juddering halt, thanks to COVID-19. No-one knew then what would happen, but there was the impression that whilst the next few months were a write-off for sure, maybe things would pick up again later in the year.

It’s now early December 2020, and nothing is picking up any time soon. Summer provided a respite from the high levels of infection and mortality (in the UK at least), but then numbers spiked again in many places around the world and what was punted down the river back in March is being firmly punted yet again now.

By now, people and companies have begun seriously adapting to what a world with minimal face-to-face interactions can look like. Some of the big tech companies have made the decision to let their staff work from home indefinitely. Virtual conferences are now a thing, and maybe whilst not quite out of nappies are certainly starting to grow up and toddle around—if albeit somewhat wobbly at times.

I wrote Are Tech Conferences Dead? back in March in which I cover a lot of the basic arguments of online vs in-person conferences, pros & cons - which I’m not going to regurgitate here. Instead I’ve been mulling over in recent weeks the impact that this has all had on the life of a Developer Advocate, specifically this one—me—and what the future could look like.

It probably seems crass and self-indulgent to be writing this when around us people are actually dying as a result of this pandemic. This article is not meant as that, but as a reflection on life in my little niche world of DevRel despite that.

Virtual Conferences as a speaker

Let’s start off with the easy stuff first - having done a bunch of these now, what makes a virtual conference a good experience for a speaker?

Here’s a note I shared with some friends that sums up a conference that did a great job looking after their speakers:

Spoke at GOTOpia this morning, and I love how they are running the virtual conf. Instead of a gazillion speaker emails, multiple platform logons, blah blah - they send you an iCal for your talk with a Zoom.

At your talk time, you connect to the Zoom - and then just chat with the host and attendees before segueing into the actual talk. It makes it feel so much more natural and like there’s a human being there. Such a nice contrast to the confs where you’re just speaking into the bottomless void of your webcam and dying a little inside.

maybe it won’t scale for large confs, and maybe if it were free reg you’d get jerks spoiling it, but it’s the closest I’ve got to an actual conf feeling out of all the talks I’ve done since March

But anyway, this article isn’t really about that. A dozen people have written about presenting at virtual conferences in a dozen more interesting and complete ways that I am able. What I wanted to write about, and have found myself meandering through the practicalities to get to, is the other side of all this.

Getting down to the real stuff

The thing is, things have changed.

The section above is like any other I’ve-been-around-the-block-and-have-a-few-words-of-advice-to-share-on-my-blog stuff that people write all the time about any and everything thing they encounter, in exactly the same way I write words about writing conference abstracts, slide decks, and new talks. But those are articles written about subjects that do not really move. The observer can shift their perspective, but that being observed remains fixed.

This pandemic is no temporary blip; this is not a flight being cancelled and we’ll just catch the next one, or even a localised natural disaster that disrupts perhaps an entire event. This has put a hard stop on everything.

And it has forced upon DevRel a re-evaluation of what we do, how we do it, and even why we do it. Not only at a professional level, but at a personal level too.

Here, I’m writing about my personal experience and thoughts, as a husband and as a father of two school-aged children. Whilst the professional side of DevRel can be abstracted up to apply to pretty much anyone doing it, this personal aspect is probably only going to apply to a few.

I’m going to write about my personal values and views, in the way that one has the privilege to indulge oneself with on a personal blog.

This is not me suggesting that anyone must do things differently. It’s a reflection, a note written during the storm, to be evaluated once the clouds part and the sun starts to shine again, to remind myself of my thoughts in the darkness of the night. Who knows what I’ll think once the COVID-imposed travel ban lifts and I can in theory start to travel again? It’s impossible to know, because at the moment that concept is purely hypothetical.

I started travelling for work in my previous job, as a consultant nine years ago, and have been doing so continually ever since. Both my children were born during this time. I’ve written before about the impact of working away from home, both on family life but also on one’s own well-being. That impact was always present and evident, but I had previously regarded it as both necessary, and also sustainable.

Being at home 100% of the time since March has forced me to be brutally honest with myself about travelling away for work in a way that I probably never could be whilst on the road. It turns out that a bunch of hypotheses that I couldn’t actually test before are now being tested and disproved:

Part of that is circumstance; once in-person conferences resume, will I still have the same opportunities to participate remotely as I currently do? (Does it even matter if I can’t—is there a sufficient body of developers in places other than online conferences with whom I would like to interact?)

This is one of those things that has definitely taken the benefit of hindsight to realise. The relationship that I have with my children now is even stronger than it was previously, and I think a lot of that is down to the stability and continuity that me not disappearing off every week or so has brought.

As a speaker, nothing can replicate the energy and feedback of standing in front of people and seeing the whites of their eyeballs (or the lids of their eyes, if you’re doing a bad job) as they listen to you. Nothing can actually replicate those chats around the podium afterwards, the conversations in the hallway.

I mentioned this above, and I think if I am totally honest with myself it is probably the part of pre-COVID world of work that I am grieving for the most. I loved seeing new cities, eating the local food, going for a run and exploring the parks, the streets, the monuments, the sights. I mean it when I say grieving. I get a kick in my stomach when my phone pops up with the photos from a trip last year. 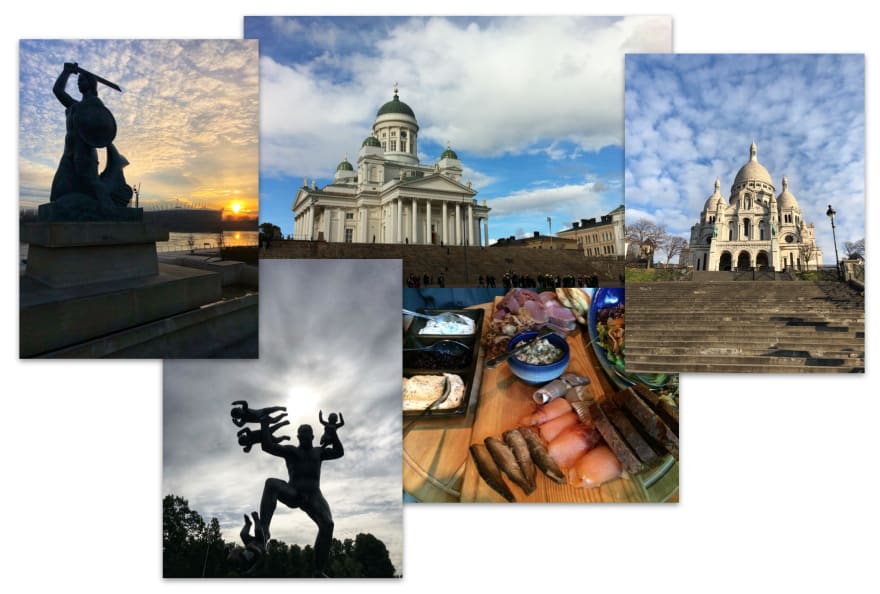 How amazing is that? How fortunate was I?

But…that’s not the purpose of work. The purpose of work is ultimately to earn a salary, to provide for one’s family. There’s other stuff in there too, but if you boil it down it’s ultimately about the 💰. If a job has pleasant side-effects such as visiting amazing places, that’s wonderful. But that in itself is not the job. Plus, where I live at home is not awful either ;-) 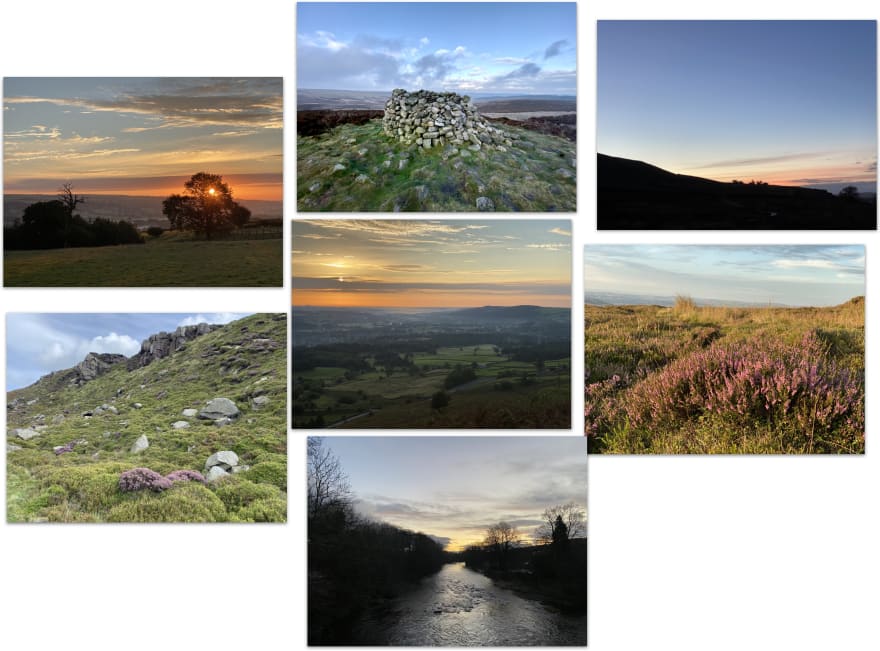 The whole is less than the sum of the parts

Especially if that 30% is made up of a day here, two days there, across the twenty working days of the month, the family calendar soon starts to look like some Swiss cheese, and your family don’t know if you’re coming or going. Importantly, they can’t assume that you’ll be present for something without checking first, and I think that has subtle but deep-rooted implications for the stability of family life.

So… what’s the conclusion to this rambling stream of consciousness?

As any good blog writer knows, one must finish with a conclusion; with a Call To Action.

But I don’t have one. I don’t know what the conclusion is. I certainly don’t have a call to action. Everyone is going through their own particular version of this—whether consciously or not.

All of this has given me plenty of pause for thought, in a "stop the world I want to get off" kind of way that the pandemic has actually given us the gift of being able to do. And I say that in full recognition of the awkward juxtaposition of pandemic and gift in the previous sentence.

Time will tell, but even once in-person conferences can start again Developer Advocacy will have fundamentally changed. And I don’t think that change will be a bad thing.

5 Steps to a Non-boring Standup Meeting

Robin Moffatt
Robin Moffatt is a Developer Advocate at Confluent, and regular conference speaker. He also likes writing about himself in the third person, eating good breakfasts, and drinking good beer.
What makes a good code dissection talk?
#devrel #discuss #speaking #conferencetalks
Is it OK to use the same recording for multiple conference talks?
#devrel
Are Tech Conferences Dead?
#devrel #conferences #community