What is Apache Camel🦒?

Camel empowers you to define routing and mediation rules in a variety of domain-specific languages (DSL, such as Java, XML, Groovy, Kotlin, and YAML). This means you get smart completion of routing rules in your IDE, whether in a Java or XML editor.

Apache Camel uses URIs to work directly with any kind of transport or messaging models such as HTTP, ActiveMQ, JMS, JBI, SCA, MINA or CXF, as well as pluggable Components and Data Format options. Apache Camel is a small library with minimal dependencies for easy embedding in any Java application. Apache Camel lets you work with the same API regardless of which kind of transport is used — so learn the API once and you can interact with all the Components provided out-of-box.
Apache Camel 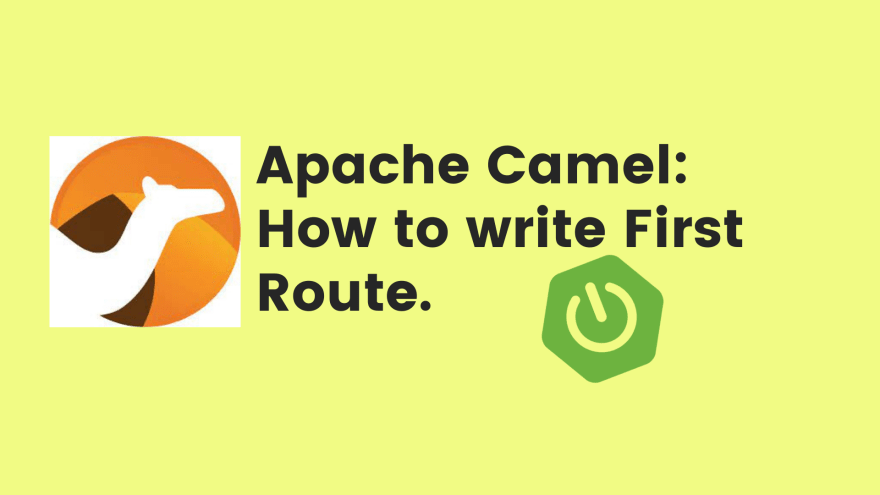 A Camel route is where the integration flow is defined. For example to integrate two systems then a Camel route can be coded to specify how these systems are integrated.

An example could be to take files from an FTP server and send them to an ActiveMQ messaging system. 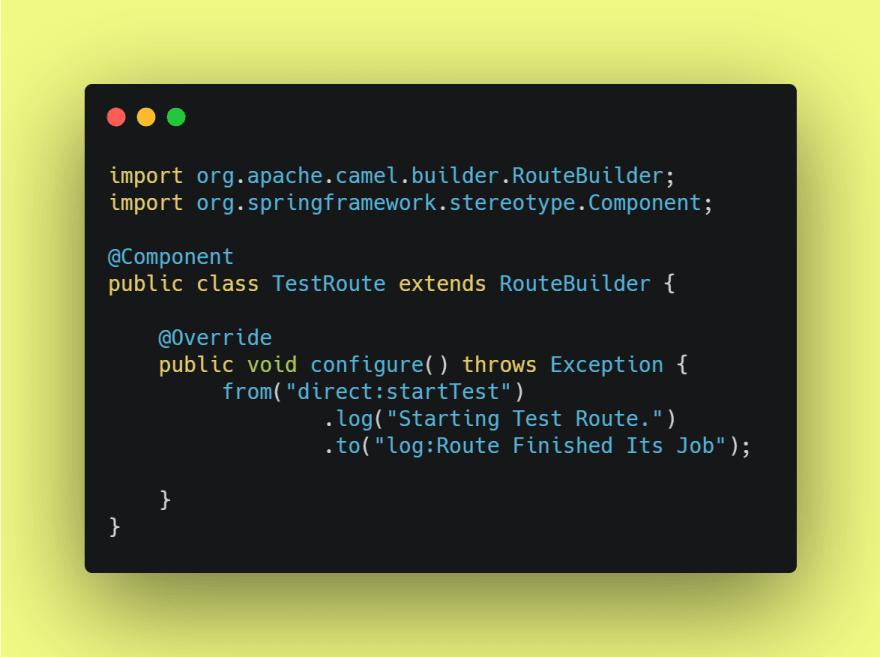 Step 4: On Successfully Creation on Route is registered.

In the article, we tried to understand what is apache camel is and how to implement a basic route using spring boot. It's been used by developers to develop high speed and flexible applications

Once suspended, rohan2596 will not be able to comment or publish posts until their suspension is removed.

Once unsuspended, rohan2596 will be able to comment and publish posts again.

Once unpublished, all posts by rohan2596 will become hidden and only accessible to themselves.

If rohan2596 is not suspended, they can still re-publish their posts from their dashboard.

Once unpublished, this post will become invisible to the public and only accessible to Rohan Ravindra Kadam.

Thanks for keeping DEV Community 👩‍💻👨‍💻 safe. Here is what you can do to flag rohan2596:

Unflagging rohan2596 will restore default visibility to their posts.