Why we need a Fake REST API?

Let's say we are building a React application or Angular application (no pun intended 😉) where we need some data to get the gist/design of website & we are not having a back-end, or we might want to set-up a server or we might think setting up a backend is an arduous task (which really is😆).

So to solve this above stated problem Fake REST API comes to rescue.

The solution stated below is the easiest solution available to generate fake REST API response, so that we can entirely focus on building our application without worrying about the data.

There are some websites like jsonplaceholder where we can generate have a fake JSON response, but there are a number of caveats to that solution. We need to work with the structure of the data that they provide. But most of the times this might not be beneficial to us.

Instead we can get our own JSON API working(in like 30 seconds). Really it is this simple. Let us walk through this together.

NOTE: The -g flag will install globally in to your machine.

Creating your own JSON structure.

Note:- For this command to run the package should be installed globally.

Finally your JSON response is generated and your output should look like : 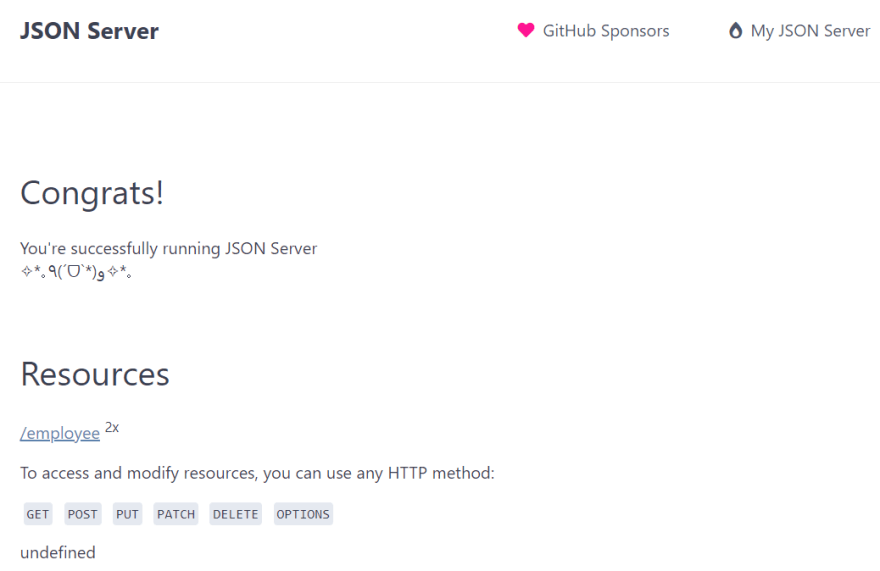 You can see your JSON response by clicking on the /employee under the Resources & the superscript of /employee are the number of entries in the employee that you have entered. 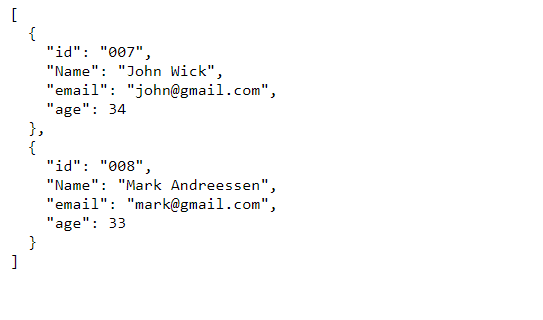 How to filter an Array of Objects in React?

Rohit-hooda
I am Full stack developer.I'm always looking for an opportunity to code, design and learn new things; just to tickle my brain.In my spare time i usually play games.
Create your own version of ProtonMail.
#javascript #webdev #security #tutorial

Once suspended, rohithooda will not be able to comment or publish posts until their suspension is removed.

Once unsuspended, rohithooda will be able to comment and publish posts again.

Once unpublished, all posts by rohithooda will become hidden and only accessible to themselves.

If rohithooda is not suspended, they can still re-publish their posts from their dashboard.

Once unpublished, this post will become invisible to the public and only accessible to Rohit-hooda.

Thanks for keeping DEV Community 👩‍💻👨‍💻 safe. Here is what you can do to flag rohithooda:

Unflagging rohithooda will restore default visibility to their posts.