What do we need?

A power system for an off-grid, greenhouse telemetry Raspberry Pi setup. Turns out it's actually pretty easy, even for a power layman like myself.

First, make the Pi efficient. I'm controlling my Pi via VNC remote desktop but I'll move it to headless soon. I wont be using the HDMI so disabling that circuitry makes sense, let's save the 25mA that it uses:

Then I don't need flashing lights, so another 10mA (5mA each) saved:

I've seen Pi power estimates (HDMI and lights are turned off) as high as 2 Watts per hour. I want extra power though to allow later expansions and because I don't trust any data based on Scottish weather. So let's just see how much bang we can get for our buck running it 24 hours.

Can we power off grid?

Using European Commission Data we can see that in summer (April-September) using a 50W solar panel, we can hope to generate between 130-200Wh per day with a yearly low of 40Wh (Ed in the table below). My position is a little awkward (east facing with a shadow cut off point) so I'll be somewhere below that figure. 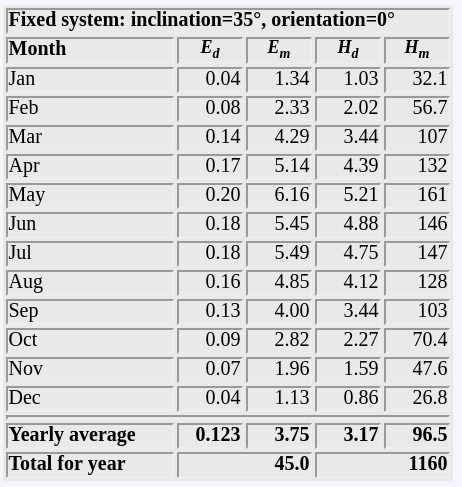 So I could almost run this system throughout winter. If solar generation was spread out over 24 hours, which we know it isn't. A bonus with my chosen panel is that it comes with a controller to save me messing with electronics and making a mess of the power circuits.

So we need power at night

We need 48Wh to power the Pi (2Wh over 24h) and we're getting 130+ in a short time frame then nothing for the rest. We need to spread that out. So a battery. Something that will:

So, lets say 80AH, that looks about as expensive as I'm willing to pay. This equates to 960wH (80Ah x 12V) or 20 Raspberry Pi days straight.
It's also a deep cycle (meaning it'll run pretty low, safely) so has quite a large buffer area for power issues and loads of extra power for expansion.

It works, it's been running for 3 days straight in my home, 1 in my greenhouse. I get way more active solar charging time than I expected being east facing so I have more power than I know what to do with.

Now to think of something else to do with it all. 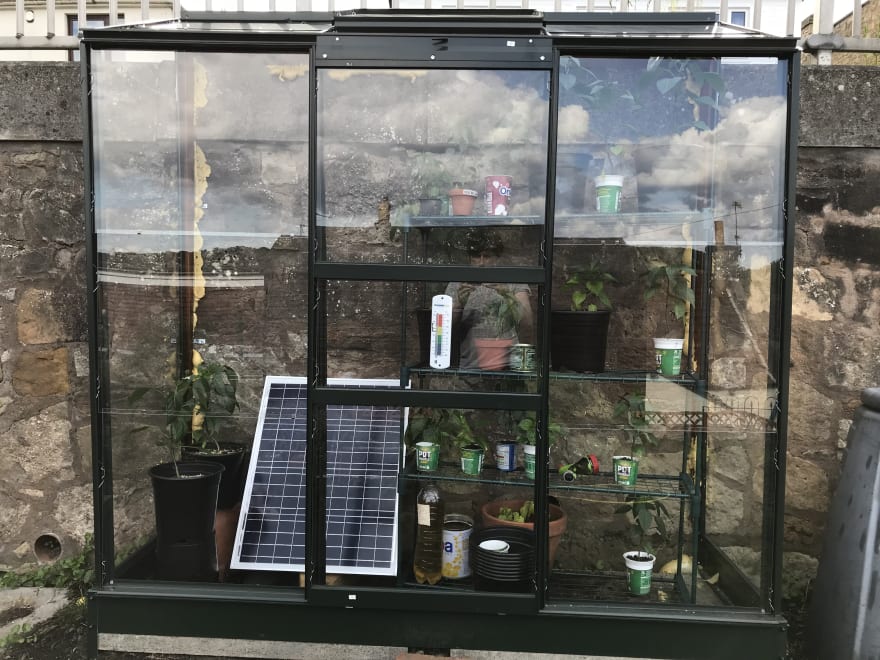 I'm also looking at products or techniques to allow me to monitor and log incoming solar charge and consumed battery.

Create beautiful placeholders for your images

Once suspended, rossdrew will not be able to comment or publish posts until their suspension is removed.

Once unsuspended, rossdrew will be able to comment and publish posts again.

Once unpublished, all posts by rossdrew will become hidden and only accessible to themselves.

If rossdrew is not suspended, they can still re-publish their posts from their dashboard.

Once unpublished, this post will become invisible to the public and only accessible to Ross.

Thanks for keeping DEV Community 👩‍💻👨‍💻 safe. Here is what you can do to flag rossdrew:

Unflagging rossdrew will restore default visibility to their posts.