So I admit it, I always wanted to create a game, but I have been too easily scared by the amount of work that seemed to be required to delve into something like Unity. I did some easy attempts at HTML canvas based Javascript games, but nothing impressive enough. Although if you are so inclined, do check the great PhysicsJS library and you might end up creating something cool.

Then my quest had a clear goal: Be able to make a cool game with the most minimal amount of effort possible. That's where Lua and Löve come in. 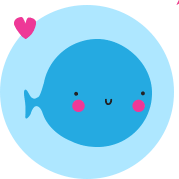 Lua is a very lightweight language which is used often to be embedded and extend other programs, but it's also absolutely standalone in its own right. In the scenario that we are seeing today, it will be complemented by the Löve 2D engine for a perfect combination of easy to learn and great results.

Note: This post is intended as a super lightweight introduction to create games this way, so you won't end up with a complete example, but you will learn about some basic techniques that can get you started.

Get something up and running

There is not a very strict requirement on what your folder structure should look like. Let's create a folder called love-tutorial and inside, a file called main.lua

If you open your terminal in that folder, in mac you can do:

Which means "run love with all contents of the current folder. Since you need to give Löve a folder rather than a single file.

Roughly speaking, Löve is based on three big callback functions. There are many more, but the following three are crucial:

This function is called at the start and it's supposed to load all your data and variables. For instance, you could initialize a table (similar to what would be a Python dict or a JS object) with the data about a character:

This function is running repeatedly once and again during the duration of your session. dt is the time passed since the last run. You can use this to update your data.

Like update, this function is also called continuously, but rather than calculate the values, its mission is to draw on screen all the game elements. For instance:

So you can see how the value being printed score would constantly be redrawn, but since we are also updating the value of it in the update function, on every redraw we would get the most updated value.

Beyond the super basics

Ok, you have seen the principle of how a Love game works, but this is not even the beginning of the beginning. There is a lot of ground to cover. For instance, movements:

Which could become an image with a small change:

Rather than a game making tutorial, this article was geared towards encouraging you to explore Lua and Love, since the learning curve is relatively small (compared to other alternatives) and can get you enjoying your own games in very little time.

Are you participating in GitHub's Game Off 2019?