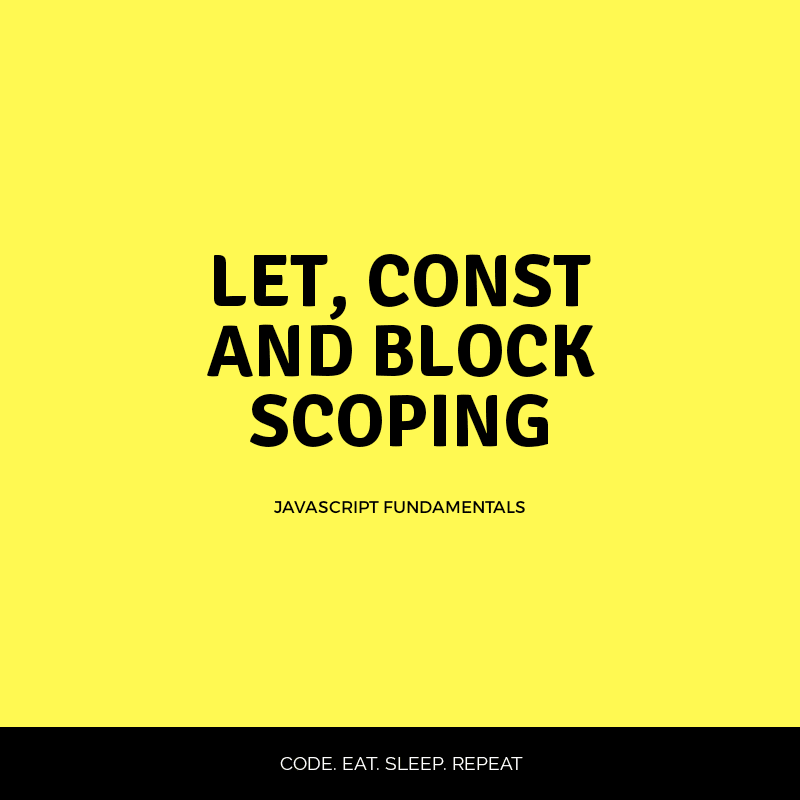 What is block scoping?!

Quite simply, this means a new scope is created between a pair of {}. Unlike the var keyword, the variables declared with let and const can only exist within the innermost block that surrounds them.

In the following example, what do you think will be printed to the console when the code is executed.

In this section, we'll look at the similarities between the let and const keywords in different use cases:

We know that the var keyword is bound to function scope, whereas let and const are
block scoped which means that if you have a set of curly braces {} you have a block scope.

One declaration per scope

This means that let and const can be used to declare a particular variable only once within its scope, lets see an example to level our understanding:

Note: the var keyword acts differently, it allows a variable to be declared twice and then it takes the value of the most recent declaration, see the code snippet below:

In this section we'll look at the differences between let and const and when to use them.

const variables must be initialized with a value, but let variables don't always require an intialization variable.

const should be used to hold variables whose values remain constant throughout the program. It can be used to create variables that hold references to the DOM.

Once suspended, runosaduwa will not be able to comment or publish posts until their suspension is removed.

Once unsuspended, runosaduwa will be able to comment and publish posts again.

Once unpublished, all posts by runosaduwa will become hidden and only accessible to themselves.

If runosaduwa is not suspended, they can still re-publish their posts from their dashboard.

Once unpublished, this post will become invisible to the public and only accessible to Runo-saduwa.

Thanks for keeping DEV Community 👩‍💻👨‍💻 safe. Here is what you can do to flag runosaduwa:

Unflagging runosaduwa will restore default visibility to their posts.