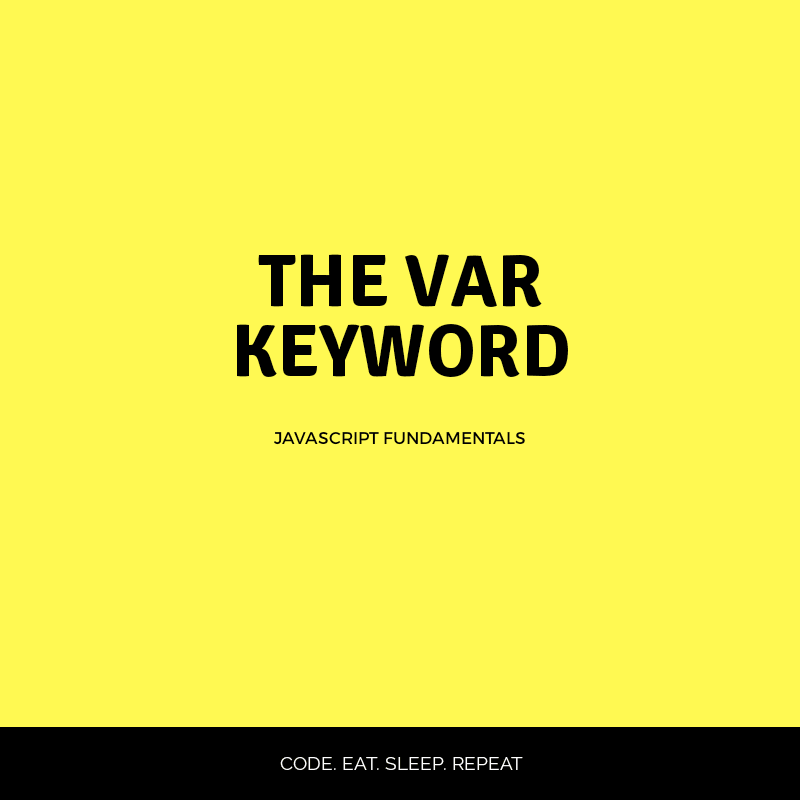 Before ES6, all variables in JavaScript were declared with the var keyword. This keyword causes our variables to have a function scope.

Lets understand this better with the following code snippet:

The behaviour is quite different in another block that is not a function block. For example, see what happens in an if block.

Considering the results from the two examples, it is evident that variables declared with the var keyword have a local scope only when they are found within a function block.

It's a bad behaviour
This is a bad behaviour that has caused a lot of frustration amongst JavaScript programmers. Prior to ES6, JavaScript had function scope, but block scoping is more common in most programming languages. With ES6, let and const keywords were introduced to allow us to declare variables that are block scoped which is a safe behaviour.

Thank you for reading!
Happy Coding!❤

Once suspended, runosaduwa will not be able to comment or publish posts until their suspension is removed.

Once unsuspended, runosaduwa will be able to comment and publish posts again.

Once unpublished, all posts by runosaduwa will become hidden and only accessible to themselves.

If runosaduwa is not suspended, they can still re-publish their posts from their dashboard.

Once unpublished, this post will become invisible to the public and only accessible to Runo-saduwa.

Thanks for keeping DEV Community 👩‍💻👨‍💻 safe. Here is what you can do to flag runosaduwa:

Unflagging runosaduwa will restore default visibility to their posts.