PROBLEM STATEMENT:
You are given a positive integer N. Consider the sequence S=(1,2,…,N). You should choose two elements of this sequence and swap them.

A swap is nice if there is an integer M (1≤M<N) such that the sum of the first M elements of the resulting sequence is equal to the sum of its last N−M elements. Find the number of nice swaps.

Firstly, find the total sum of the given array, if the sum is odd, then simply return 0, as there is no possibility to divide that array into equal half.
Now, check for the second case, when the sum is even:
Iterate through the array, and calculate the sum of elements of the subarray, till it would be less than on equal to half sum.
Then calculate the number of swaps.

This approach will give you TLE, as finding the sum of the array through iteration will take O(n) time, which can be reduced to O(1).

This is the main logic of finding a sum in this question.
Look at the following mathematics using Shri Dhanacharya equation: 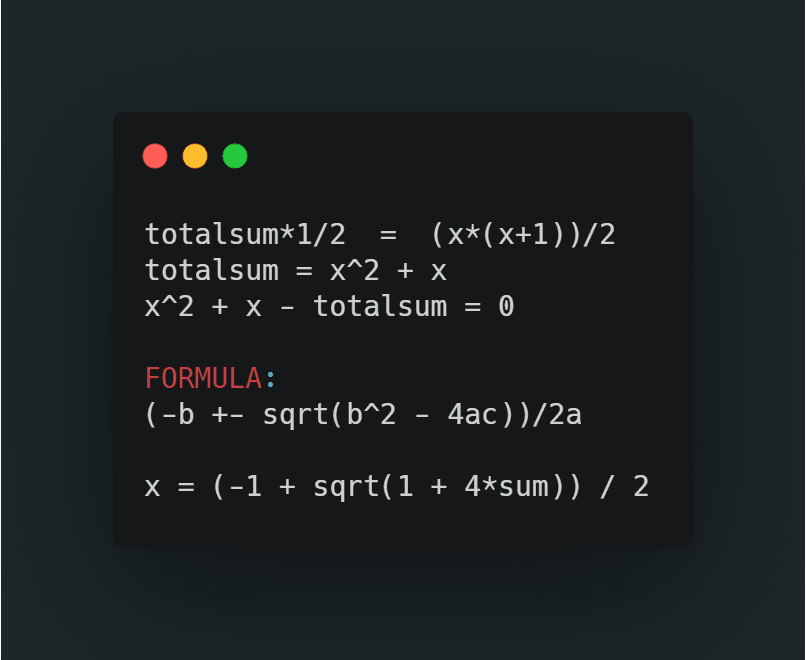 It will give the element up to which the sum of the subarray is approximately half of the total sum in O(1) time complexity. 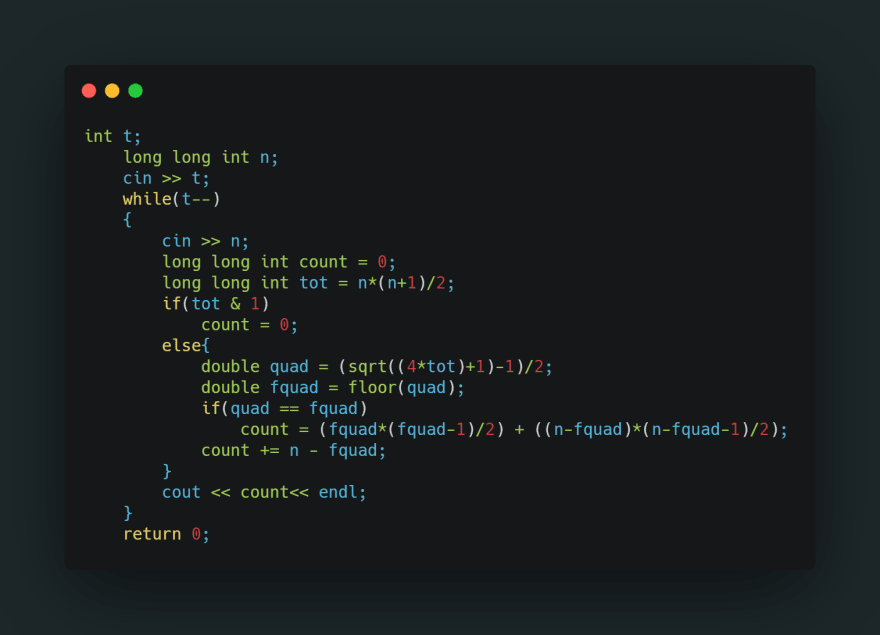 I hope you found this editorial helpful, please give me a like and follow me.
Happy coding :)

How To Make a Hexagon honeycomb With CSS