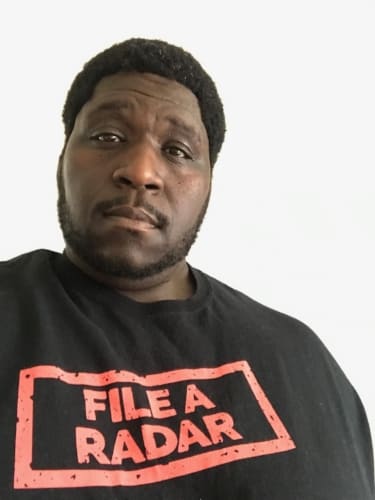 My name is Ish and I’m an independent app developer from Southern California (but my day job is network engineering). I’ve been developing iOS apps since iOS 3.3 in 2010.

I am currently working on Capsicum, a daily planner and notebook app, which I’m hoping to have a new beta out for soon. I also work on a translation app called Boomerang and a sticker app called Stamp Pack. I have some legacy apps no longer available on the App Store, such as Up Next(a to-do/reminder app), Dream Journal(for recording dreams),and My Daily Journal(which at one point was the most popular journaling app in the App Store). I was also privileged to have had my story featured in the documentary App: The Human Story, which gives a peek inside the lives of the people who make apps.

My 4th grade teacher Mrs. Mead introduced me to computers when I was 8 years old. She asked if I could learn more about anything in the world, what would it be? I answered “Computers.” This was in 1986 and at the time computers were actually not very popular. Most adults had no idea how to use them and no one in area I lived had one. The least expensive computers at the time were several thousand dollars and I lived in a pretty impoverished area of south LA. After I told Mrs. Mead about my interest in computers, she took an introductory computer class at a local community college, then bought a computer with her own money and brought it into the classroom to teach me.

I started programming in LOGO right away, then BASIC later that summer. I was hooked. I’ve programmed on and off since then, but have done something computer-related consistently for almost every day since. I have a BS in computer science but shortly after graduation got a job at Cisco doing network engineering and didn’t touch programming again for nearly a decade.

When Steve Jobs announced the iPad, I was trying to justify getting one. I told myself if there was a daily-planner app on there, I’d get one for sure. Then I thought “If there isn’t one, maybe I could make one?” It turns out there were no daily planner apps at the time and also I didn’t have the skillset at the time to make one, but I got an iPad anyway. However, I noticed there was no way to view PDFs on there, so I made my first app called QuickPDF, that was a PDF viewer for iPad. After not programming for 10 years, I needed to basically learn all over. This time around, I learned by reading an iPhone development book by Erica Sadun and by following along on the CS193p iPhone programming course from Stanford on iTunes U.

What impact has featuring in App: The Human Story had to your life and career?

The biggest impact it’s had is getting to know more of the developer community. Sometimes at conferences people will come up and introduce themselves or ask for a selfie. That never really happened before the documentary, but it’s neat. I love meeting folks in the community or people who want to get into app development looking for guidance.

What’s it like working with someone on the other side of the world together on a project?

I work with Heidi Helen, who lives in Adelaide, Australia. That works quite well because we’re both pretty flexible with time and she tends to be awake working in the middle of the night in Australia, which fortunately is the middle of the day here. We use a few collaboration tools, like Slack, FaceTime Audio, Jira, and Dropbox’s Paper to coordinate things, but it’s all very smooth. It’s a lot easier than I would have expected.

How do you think iOS app development will change over the coming years, and how might that affect the way you work?

My friend Natasha, known as Natasha the Robot in the community, told me one day at lunch “Apps are dying. The future is features.” I was very resistant to that at first because I spend so much time working on apps, but she’s right. This was years ago and in the time since there has come more and more evidence that proves her point. With small things like 3D Touch quick actions to more elaborate things like Siri Shortcuts which allows users to chain a series of actions together. These technologies allow users to use an app for a particular function without ever opening the app.

I’ve learned so many things the hard way. I’d say the toughest lesson though is that things are always changing and that apps are like relationships. If there isn’t a plan to keep something sustainable in its 6th year of availability then it might not be worth starting.

Another tough lesson is that life balance is important. Even if I’m behind schedule. Work can take away the time I have with family and people I love. If I’m not careful I can work so intensely that I miss all the moments that I’ve been working to enjoy. Self-care is also important. Balance is essential.

My number one piece of advice for a successful software career would be don’t do it alone. Find a community and connect with other folks for help, whether that be online like Twitter or a Slack group, or at an in-person meet-up. Ask questions from the more experienced developers. They are often happy to help. It keeps them sharp and it may save you a lot of pain and time down the road.

Over the last few years, my guilty pleasure has been Twitter, although I’m using it less these days. I also really enjoy good stories so I’ll listen to audiobooks and podcasts on my commute to work and I try to catch at least one movie a week these days. I think that inspiration can come from anywhere, at any time, so I definitely become inspired by things outside of tech and think about how they relate to the projects I work or things I want to create.

I found the Big Nerd Ranch books very useful. Ray Wenderlich has lots of good stuff on his site. Meng To’s Design+Code is also an excellent resource. You’ll also find a lot of useful material from Apple themselves at developer.apple.com, especially the videos from WWDC (developer.apple.com/videos/). Over the next few years I’ll be working on my own resources for folks who want to learn app development as well.

You can read my blog post on my upcoming app Capsicum here. It also contains a link to sign up for the beta. We launched the beta at the end of last year, got some great feedback, but some of it meant going back to the drawing board on some ideas. We stopped sending invites while we rework things, but folks can still sign up and we’ll send invites once we’re done tidying up. You can also follow me on Twitter at @ishabazz, where you’ll find me regularly sharing and engaging with others.