Yes, you read it right. Python is the king of the jungle 🦁. With its ever-growing demand and easy to learn features. Python has been on the mind of every single techie out in this world. With time python is replacing every other programming language in its field from web development to data science. In simple words, everything is possible with python whatever you want to build python got you covered😊. 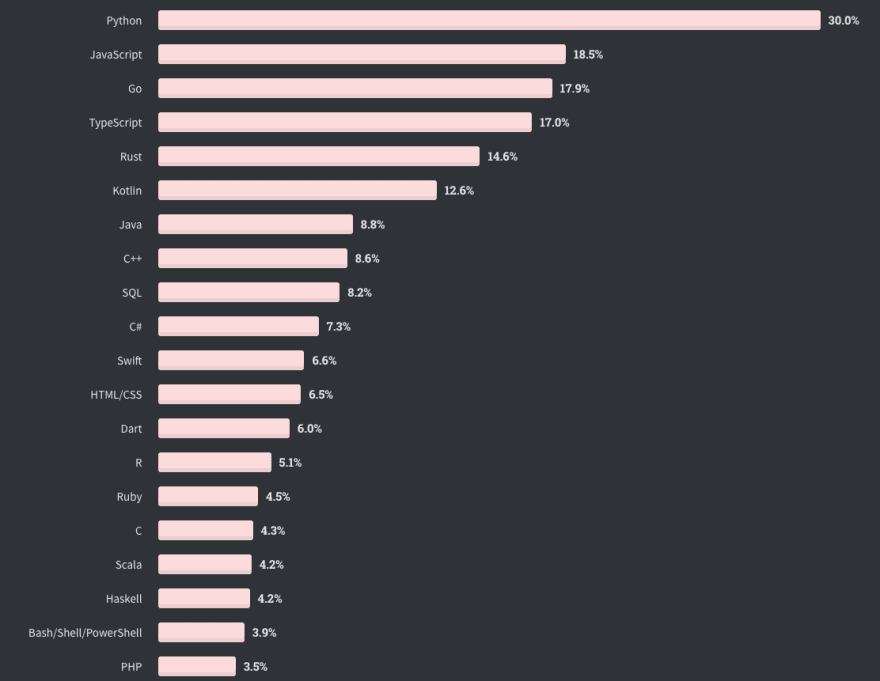 If python is the king then Java Script has to be the Queen of the jungle 👑. This internet is working on javascript, from web sites to basic web applications it's the only javascript. Java Script was built for the sole purpose of web development and so its major application lies in web development only. From Facebook to Google each one of them uses some or the other form of javascript for their websites. Some special qualities

C/C++ is like the bread🍞 and butter of programming. Almost all low-level systems such as operating systems, file systems, etc are written in C/C++. If you wish to be a system-level programmer, C/C++ is the language you should learn. Mostly every programmer's journey starts with C/C++ and for a reason, in C/C++ everything needs to be done with the help of code you have libraries for the basic task but not for everything. Due to this to make something You have to code from the basic which helps you understand the core concept of computer programming💻.

GO programming language is the newest in this stack🆕. GO, also known as Golang, is a programming language built by Google. Go provides excellent support for multithreading and so, it is being used by a lot of companies that rely heavily on distributed systems. Companies using Go as their programming language include Google, Uber, Twitch, Dropbox, among many others. Go is also gaining in popularity among data scientists because of its agility and performance.

Java is a class-based and object-oriented programming language. Java is one of the most demanding programming languages of all time. JAVA is more popular because - easy to learn, secured data, code robust, applets give flexibility, portability in a network, object-oriented, platform-independent. Java has multiple application too it is used for application development, android app development and also in web development. One can build a successful career with JAVA as Back-end Developer, Big Data Developer, Android Developer, Embedded Devises Developer, etc

Thanks for keeping DEV Community safe. Here is what you can do to flag sanjaysinghrajpoot: