Last week when I took a look at my steps data I noticed that the data was very spread out. 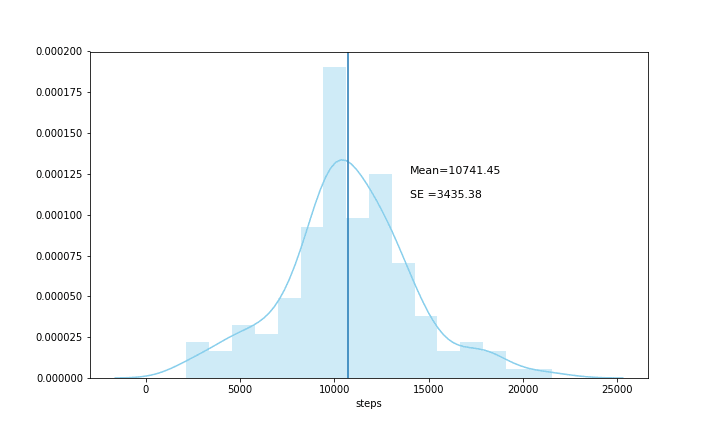 Showing the spread in the steps data

Though I felt relatively satisfied with the average steps I was running in a day, the data was too spread out — i.e. Standard Deviation(σ) was 3435.38. This suggested that 68% of the steps data was in between 7305.65 and 14177.25 steps. I had even got days where the total number of steps were well below 5000, and therefore I wanted to get my data to mimic a distribution where the standard deviation would be lower meaning that the steps data would not be as spread out as it currently is. 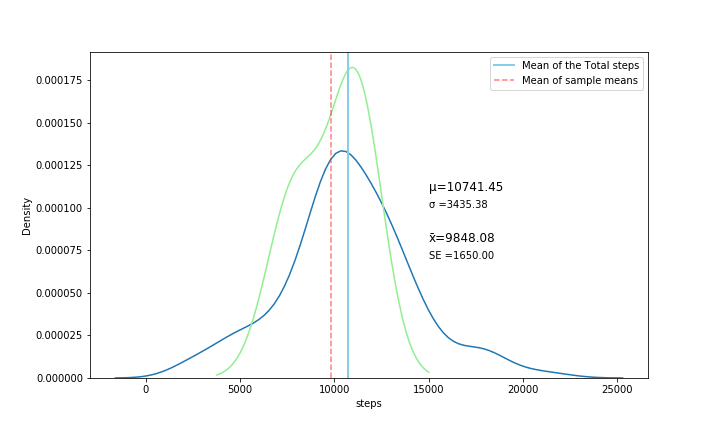 Sample distribution of the sample means at N=5

The mean of the sample means was much closer to the actual mean when I ran 20 iterations for a random sample size of 5 elements. 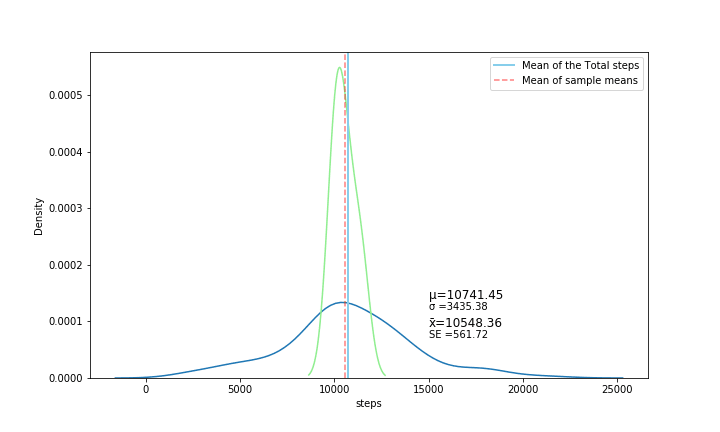 Sample distribution of the sample means at N=20

Already when the number of iterations increased I have a larger set of random samples. Thus giving me a mean that was getting closer to my actual mean, and the standard error of the mean (SE) was down to 561.72. Ideally, this is the kind of visualization I would like to have of my dataset where the data is not very spread out. 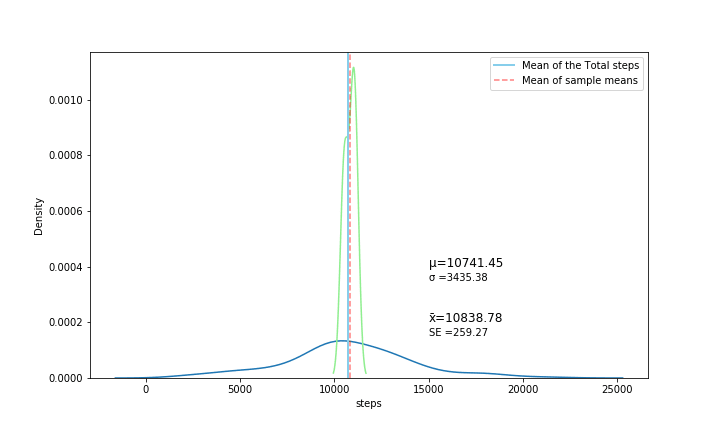 Sample distribution of the sample means at N=100

With the following experiment, I was thus able to visualize my desired graph, also I got some working knowledge with the central limit theorem.

Once suspended, saral will not be able to comment or publish posts until their suspension is removed.

Once unsuspended, saral will be able to comment and publish posts again.

Once unpublished, all posts by saral will become hidden and only accessible to themselves.

If saral is not suspended, they can still re-publish their posts from their dashboard.

Once unpublished, this post will become invisible to the public and only accessible to Saral Karki.

Thanks for keeping DEV Community 👩‍💻👨‍💻 safe. Here is what you can do to flag saral:

Unflagging saral will restore default visibility to their posts.