So yeah I am going to write about probably the most ignored file from our directories package-lock.json !!

package-lock.json is an extremely important file that is there to save you from a lot of boom boom bam bam 🔥 in your repositories.

So before we get into package-lock.json let's talk about semantic versioning and package.json.

Semantic versioning or SemVer is the ideal way of versioning packages. They are usually written like 1.4.5 (major.minor.patch) 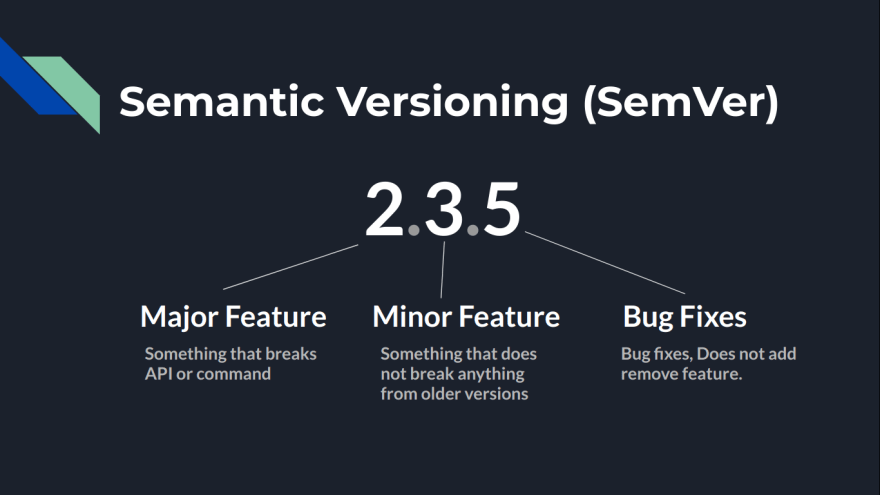 Includes additions of functions or API which does not break anything from the older versions So anything that runs on v1.1.0 should work on v1.9.0 as well.

Includes version which breaks stuff. It can include removing APIs or changing names of functions so anything that works on v1.0.0 may not necessarily work on v2.0.0

package.json is a file that contains information about your project (name, version, etc) and it lists the packages that your project is dependent on. 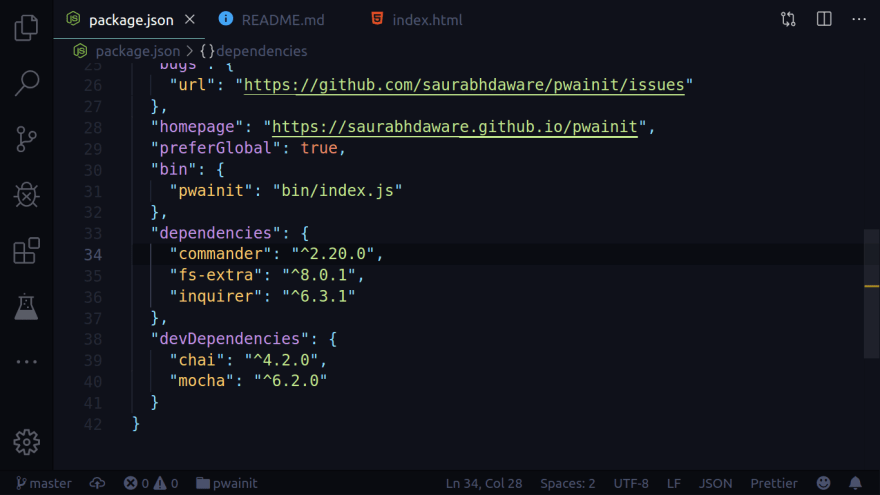 So as you can see in the picture above after every dependency listed under package.json there's a number something like ^2.20.0 which is the version of that package but before the version, there is ^. So ^ this little guy can be a total destroyer for your project.

^ sign before the version tells npm that if someone clones the project and runs npm install in the directory then install the latest minor version of the package in his node_modules.

So lets say I am having express with ^2.20.0 in package.json and then express team releases version 2.24.0 and now when someone clone my repo and runs npm install in that directory they will get the version 2.24.0 (You can also put ~ instead of ^ it will update to latest patch version)

However, this can be a huge issue if package developers break any of the functions on the minor version as it can make your application break down.

So npm later released a new file called package-lock.json to avoid such scenarios 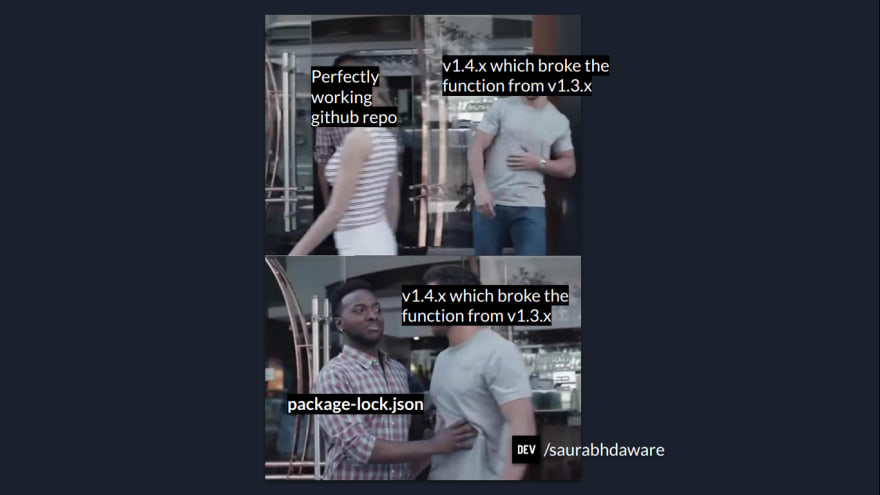 package-lock.json will simply avoid this general behavior of installing updated minor version so when someone clones your repo and run npm install in their machine. NPM will look into package-lock.json and install exact versions of the package as the owner has installed so it will ignore the ^ and ~ from package.json.

Also, it contains some other meta information which saves time of fetching that data from npm while you do npm install.

You can refer npm blog for some more information on package-lock.json.

Thank You for reading this!

EDIT: So while reading the comments I thought I should also explain how package-lock.json changes so here's one of the replies that I wrote that I think everyone should go through

In projectclone1 I have same package.json and package-lock.json as the original project (which means I did not change anything manually) and I run npm install so it installed the same version as original that is v1.0.0 of vue-extra

I hope this clears up everything

Thanks for reading and asking this question.

EDIT2 : Quoting from the comment of Kat Marchán
(https://dev.to/zkat/comment/epbj) She is the one who wrote npm ci and added package-lock.json to NPM

Hi! I wrote npm ci and I'm also the one who added package-lock.json to NPM back in the day.

Now, ff you change package.json such that the versions in package-lock.json are no longer valid, your npm install will be treated as if you'd done npm install some-pkg@x.y.z, where x.y.z is the new version in the package.json for some-package.

This was done intentionally because, after early feedback in npm@5, we realized that one of the ways people edited their dependencies was by editing package.json directly, and it became a bit of a usability nightmare to treat package-lock.json as canonical in those cases. It was a trade-off between two competing worlds, and the current behavior won out.

This is why npm ci was born: because the behavior for npm install was actually what people wanted, in practice (when they actually ran into the behavior), and npm ci had a nice ring to it anyway (it was eventually backronymed to clean-install for this reason).

Saurabh Daware 🌻
21, JavaScript Fanboi. Building Abell, A new static-site-generator. also sunflower is my favorite emoji🌻 (He/Him)
The Evolution of FrontEnd Development🌻: What is WebPack, Babel, and Build-steps in Frameworks.
#javascript #html #webdev
A Guide for Contributing to Any Open Source JavaScript Project Ever 💛
#opensource #javascript
I made a Text-to-handwriting tool to write my college assignments for me 🤓
#showdev #html #css #javascript

Once suspended, saurabhdaware will not be able to comment or publish posts until their suspension is removed.

Once unsuspended, saurabhdaware will be able to comment and publish posts again.

Once unpublished, all posts by saurabhdaware will become hidden and only accessible to themselves.

If saurabhdaware is not suspended, they can still re-publish their posts from their dashboard.

Once unpublished, this post will become invisible to the public and only accessible to Saurabh Daware 🌻.

Thanks for keeping DEV Community 👩‍💻👨‍💻 safe. Here is what you can do to flag saurabhdaware:

Unflagging saurabhdaware will restore default visibility to their posts.