It was a really tough time for me. I had two degrees - B.S. in Biochemistry and M.S. in Biomaterial Science - but I wasn't doing well as a Chemist. My wage was barely 15/hr. I was demoted to a part-time position due to a financial crisis at the company. Later found out I was making roughly 16K. Most jobs I had prior to this was voluntary work (no-pay school research) as well. I guess that's when I thought, "well, this is it. I quit."

One night after work, I started writing random thoughts on a whiteboard:

"What do I truly love?"
"What are things I could spend hours on and not get bored?"

At first, I was compromising my answers - something related to Chemistry. Since my life was full of compromises, I had to get the cheesiest answer possible. Basically, it came down to two choices - soccer and video game. How could I become a professional in these fields?

Well, I was 29, so becoming a professional player in either field seemed almost impossible.

"What about a professional game developer?" 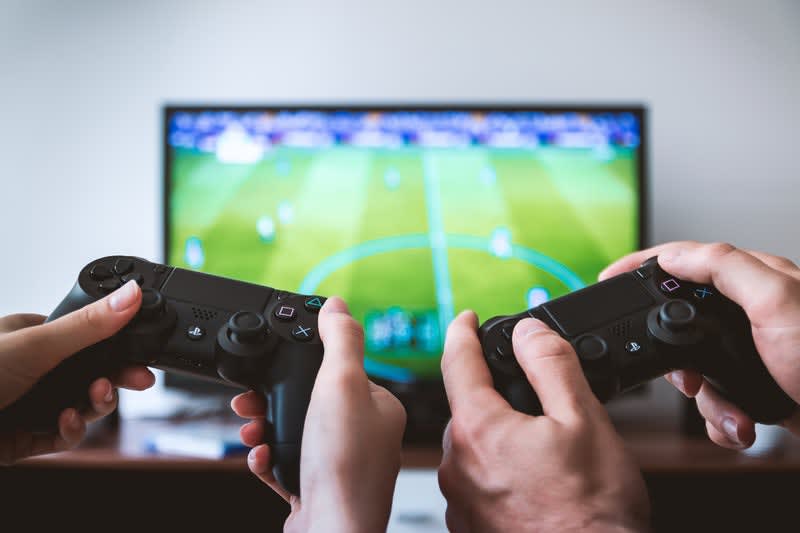 That's how it started. I purchased my first programming course, "Learn to Code by Making Games - Complete C# Unity Developer" from Udemy by Ben Tristem. The very first program (or game) I built was a text adventure game. After about a month of game development, I admitted that this - programming - is more fun than my actual job.

I decided to take it more seriously. After finishing Codecademy's JavaScript stack, I began looking for much harder schools or programs to take. Udacity's Introduction to Programming and Front End Nano-degrees came next. I think that's when I first heard of the concept "Coding Bootcamp." It is also this moment, that I thought about quitting my job and go full-time on learning to code. 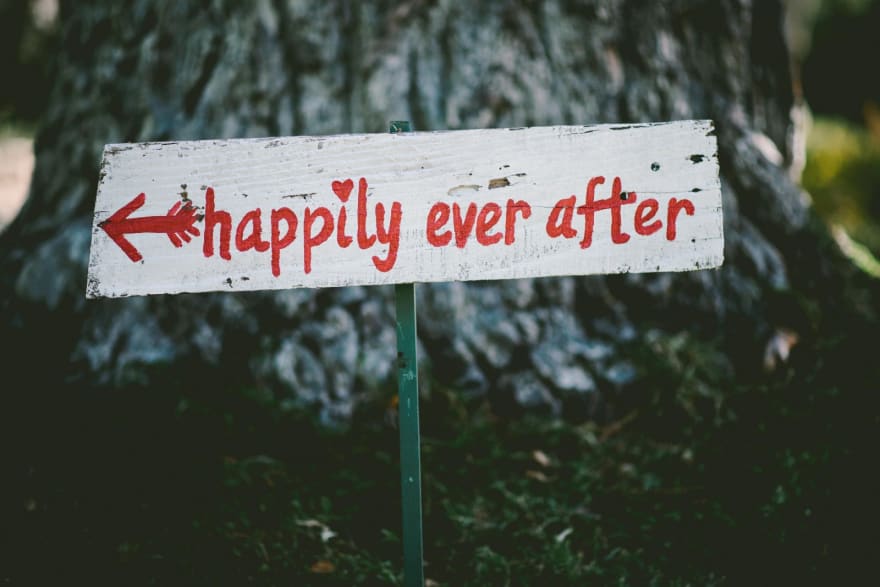 Ironically, I was getting married around this time. I remember telling (almost confessing) my wife the day before the wedding that I am quitting my job and pursuing a new career. She still married me (!) and simply said,

"Just do what you got to do. I believe you can make it happen."

My wife was staying in Korea after the marriage ceremony. She had to wait for her Spouse Visa to process and that usually takes about 8 months. So, I thought 4–5 months of Bootcamp + 3 months of job searching = will get me a job in perfect timing.

Well, my plan of making a transition in 8 months got sabotaged when I failed to get into Hack Reactor (popular Bootcamp in SF) twice in a row. I was quite frustrated at this point with the decisions I made - quitting a Chemist job, paying 700 for a Bootcamp prep course, etc. Turns out the best thing I did was taking that Hack Reactor prep course because I made some friends who eventually introduced me to this another Bootcamp. They had a much lenient way of accepting students, and everything else - price, online setting, timing - felt perfect for my needs. I enrolled right away.

During this time, I felt like Goku in the hyperbolic chamber. The course schedule went from 7 AM to 3 PM. Then, after a personal mentor session, it was back to studying again until 2 AM. Weekends were time to catch up on things I missed during the week. My parents were incredibly supportive both financially and emotionally. I dedicated the entire 4 months on nothing but programming - no friends, no soccer, no sun (okay, maybe not that). I graduated on October 7th of 2016. The very next day, (excited) I went to a career fair nearby and that's when I heard:

"You are pretty much worthless."

I guess he (my friend's boss) was right. I mean, they were looking for a C# developer and I was this JavaScript guy with no ASP.NET background. But, still… that hurt me.

I canceled all my short travel plans and began buying a load of programming books.

"If you think I'm worthless, I'm going to prove you wrong."

I remember following an even more strict study plan than the Bootcamp. Of the initial 95 jobs, I applied, I got 19 responses. Of the 19 responses, I had 9 interviews. Soon, my wife came to the US, but I was so sure that I could get the job in a month. Then, Thanksgiving came. 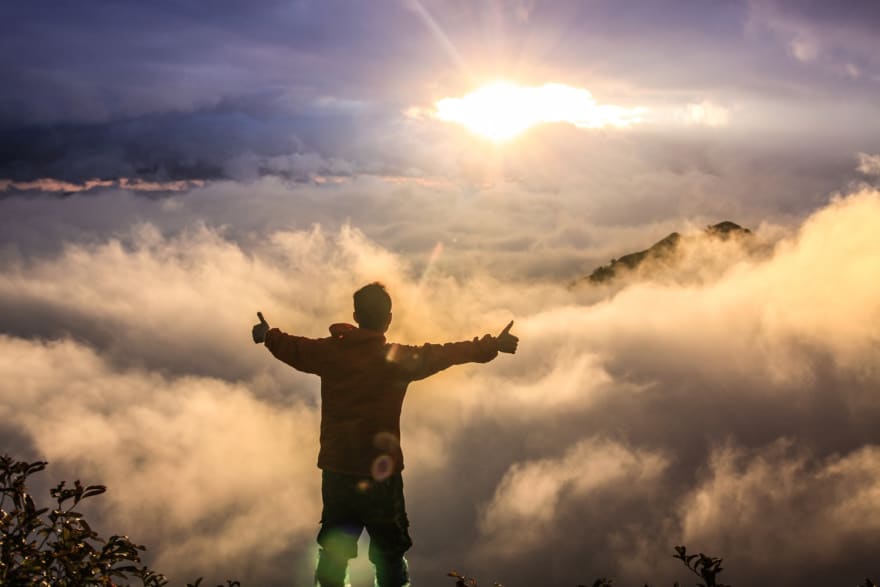 HRs are humans too. They eat turkeys and they forget about you. At least that's how I wanted to believe. Of the 9 ongoing interviews, everything got dropped. No one responded to my follow-up emails. I had a tech home challenge that asked me to build a stack. Took me a day to finish, but no response. I began to feel sorry for my wife. She left her family and friends to live in a foreign land (where she can't even speak fluently) and I failed.

Then, there was a phone call around early December. A recruiter called saying there's a contract interview offer at a corporate nearby. It was such a huge company that I didn't even bother applying. I thought:

My attitude (going into the interview) was very calm because there was nothing that could go worse. I had already signed a rental agreement with the cheapest local apartment I could find (400 sqft, with washer/dryer outside). My plan was to survive the next 4 months in case the interview goes bad. They were looking for an Angular developer and I was a React one. I did my best to convince them I could learn Angular if given the opportunity. However, I missed a lot of questions asked, and I thought I definitely failed this one.

The next morning, I was packing my stuff to move into the new apartment, when I heard a phone call. The recruiter called me,

Honestly, it took me like a good few hours to figure out that it wasn't like an IRS scam call. They offered 75K and I negotiated up to 85K. I immediately canceled the apartment contract and moved to the best possible apartment I could find next to work. 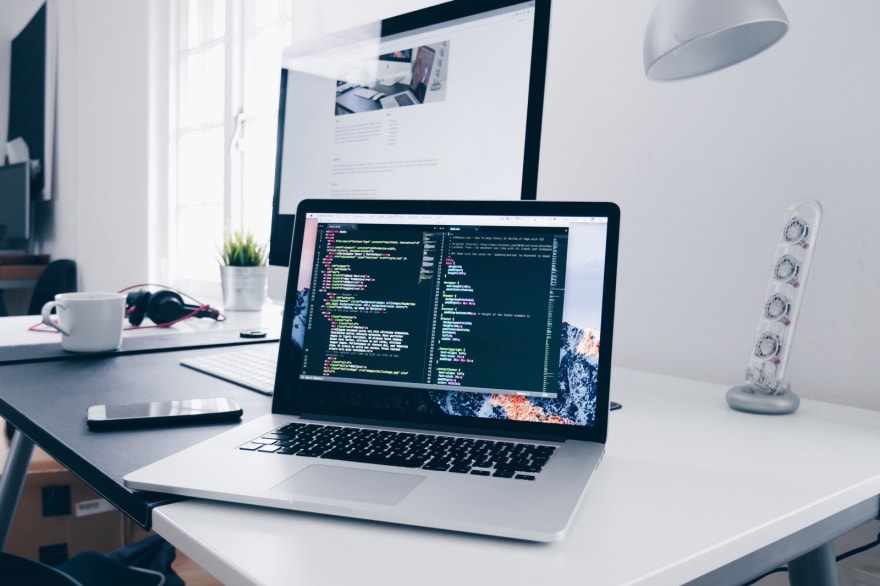 My contract for the corporate was extended to full length due to my performance. I ended up buying a ~2000 sqft house in a beautiful town. I moved onto a different company (much smaller, but stable) and I've been working as a Software Engineer for a little over 2 years now.

I would be lying if I said I did this on my own. I had families, friends, mentors, recruiters, and random kind hearts to help me along the road. I hope this post inspires many out there that it's possible - and remind that no one is really worthless.

Thanks for listening to my story.

The Beginners Guide to Landing a Junior Developer Role

How does JavaScript work?🧐

Once suspended, seanjun21 will not be able to comment or publish posts until their suspension is removed.

Once unsuspended, seanjun21 will be able to comment and publish posts again.

Once unpublished, all posts by seanjun21 will become hidden and only accessible to themselves.

If seanjun21 is not suspended, they can still re-publish their posts from their dashboard.

Once unpublished, this post will become invisible to the public and only accessible to Sean Jun.

Thanks for keeping DEV Community 👩‍💻👨‍💻 safe. Here is what you can do to flag seanjun21:

Unflagging seanjun21 will restore default visibility to their posts.