Do you use Twitter? If so, then you must come across some of the bots that like, retweet, follow, or even reply to your tweets. But have you ever wondered how they are made? Well, it's easy as filling water in a bottle. Haha! It's really not rocket science. So, let's get started and make a bot. 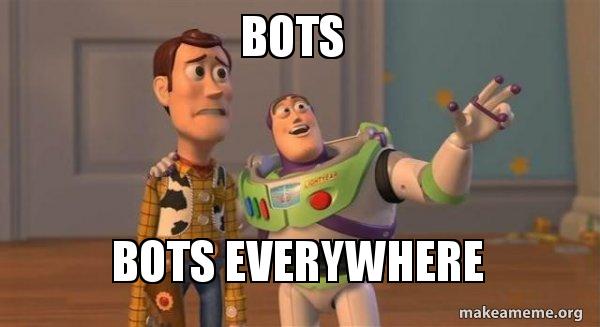 In Python, the twitter bot is just a few lines of code, less than 30.

Prerequisites for making one (Bot)

Here, I'm using my new account BashWoman to make a bot, which will like, and retweet the hashtag #python3. 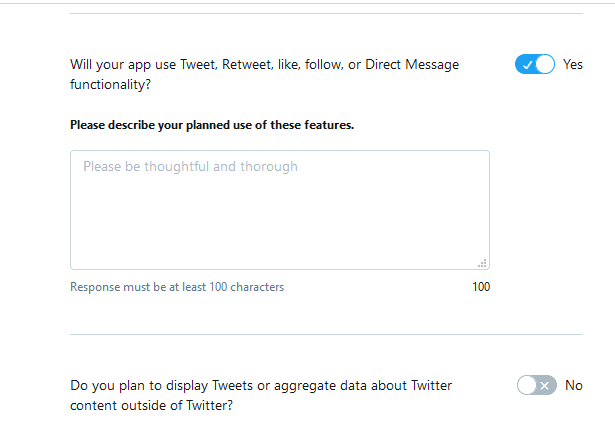 Else select no, just to keep it simple.
Enter all the details you'd do with this bot. 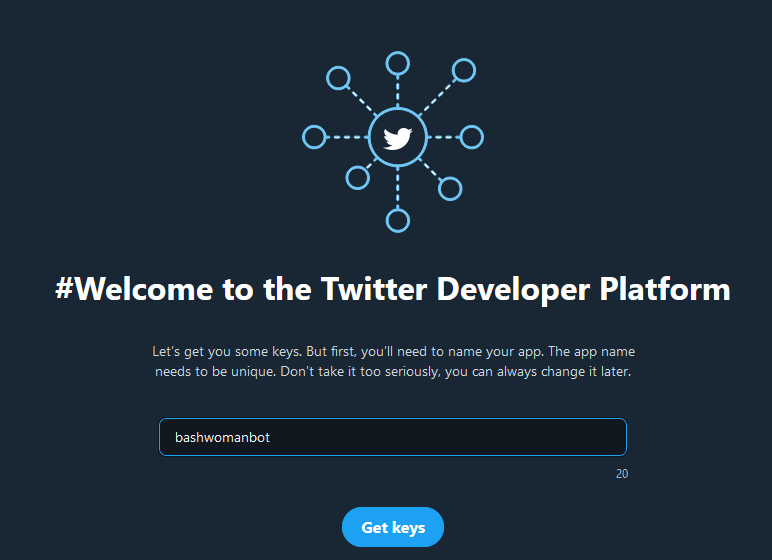 Let's Code and understand it 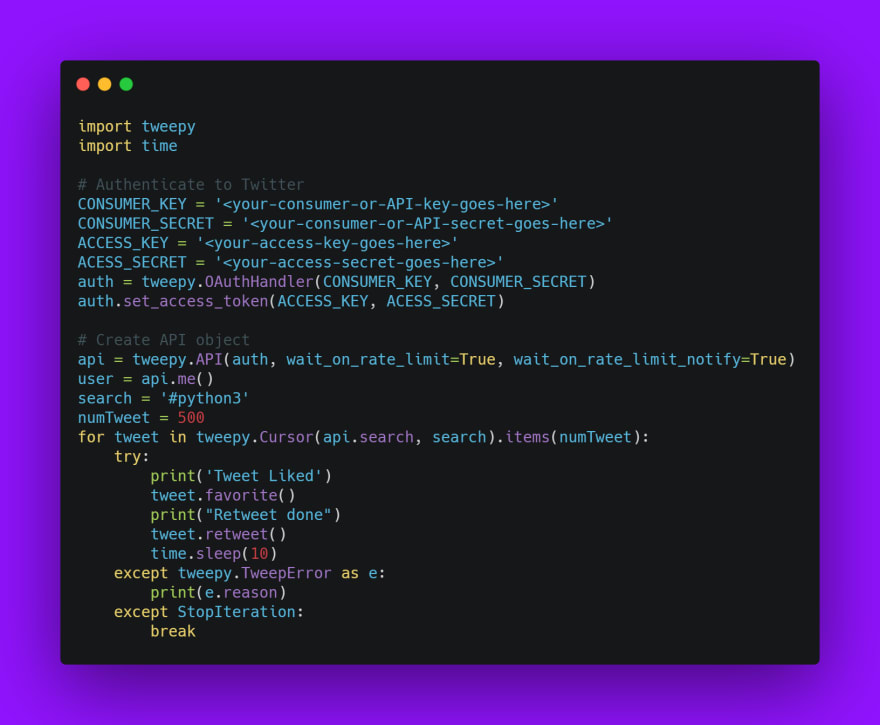 You see there are no more than 30 lines in Python. Let's understand each and every line.

To communicate with Twitter API, we need some module, here we are using tweepy. You can install it easily.

Once you install the module, write some more code.

These keys will be found in your developer account, which you've saved a time ago.

And, after that, we will set the tokens.

This class provides a wrapper for the API as provided by Twitter. If you stuck somewhere, you can always refer to the tweepy documentation.

Finally, we will tell the program to look for the keyword #python3 in a tweet and the number of tweets that will be processed once in a day. If you want to like, you can use tweepy.favorite() , and for retweet tweepy.retweet().
The reason, I'm using sleep is, twitter has some guidelines, you must follow otherwise, your account will be restricted. There is a limit for liking the number of tweets. If it gives some error, we can use tweepy.TweepError so that we know, what went wrong.

Now, it's time for the deployment. You can use any platform, I have used Render.

After creating an account on this, create a cron job, you can schedule the time, I prefer about 10 to 15 mins. It means your bot will run every 10 to 15 mins so that it won't violate the Twitter guidelines and your account will be safe and not get restricted. 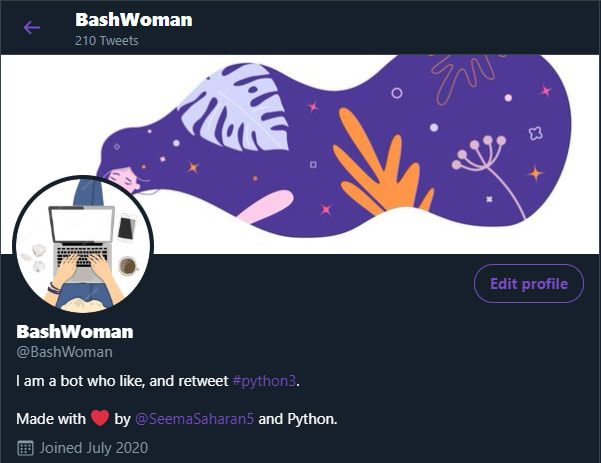 It's time to build your own bot.
All the best.

Once suspended, seema1711 will not be able to comment or publish posts until their suspension is removed.

Once unsuspended, seema1711 will be able to comment and publish posts again.

Once unpublished, all posts by seema1711 will become hidden and only accessible to themselves.

If seema1711 is not suspended, they can still re-publish their posts from their dashboard.

Once unpublished, this post will become invisible to the public and only accessible to Seema Saharan.

Thanks for keeping DEV Community 👩‍💻👨‍💻 safe. Here is what you can do to flag seema1711:

Unflagging seema1711 will restore default visibility to their posts.