Programs, when they run, needs memory. They use memory to store themselves and during execution, they store values and data structures. But memory is not an indefinite resource. They need to manage the memory efficiently. To manage the memory, programs collect and remove the unused memory (a.k.a garbage). The process is called as garbage collection. Programming languages allow you to manage memory either manual or automatic.

The textbook definition of Garbage collection is as follows:

The manual memory management provides developers with the flexibility to optimally allocate and de-allocate memory. They provide high performance, low latency, low pause time, and high throughput if done correctly. Because developers precisely know when to need the memory. Since it is a manual process, it is an error-prone and redundant burden for developers.

If memory management is not properly done it leads to:

What is pause time?

Throughput is the percentage of time not spent in garbage collection over the time spent of overall execution. Ideally, languages aim for higher throughput. Higher the throughput, shorter the pauses.

The efficiency of the garbage collection algorithm is measured with the above properties.

Automatic Memory Management is not as efficient as Manual Memory Management. Since it has to guess where the garbage is and when to collect them. But it addresses the error-prone manual process of managing memory. The automatic garbage collection ensures the memory is properly collected when it is no longer needed. When all the references are de-allocated, the object is completely removed.

Automatic Memory Management provides lower performance, higher latency, and lower throughput than compared with (efficiently done) manual memory management. But on the other hand, it eases the burden from the developers to manually manage memory with malloc and dealloc.

The automatic memory management does not have a clue on how the program is using the memory/objects. To de-allocate memory correctly, they scan the entire object tree from root and remove those objects that are not reachable or track the object references. Based on how they operate the garbage collection process is broadly classified into two types:

The pseudo structure of an object in reference counting world is as follows:

Wondering about Kotlin syntax, check out the below post 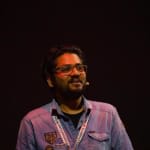 The reference counting algorithm is simple and intuitive

The other major problem with reference counting is finding cyclic references.

For example, when we have a cyclic reference like below:

This inability to detect cycles is one of the major drawbacks of reference counting algorithm.

The runtime must know about the cyclic references, to properly manage the memory. There are weirder and corner cases that the runtime should handle while dealing with the cyclic objects.

Based on the paper by David F. Bacon et al.

They provide a new concurrent cycle detection algorithm that traces cycles locally. They use Lins' Lazy cyclic Reference counting that reduces the asymptotic complexity from O(n^2) to O(n).

Check out the following repositories to understand more about how pure reference counting works. Choose the language of your choice: Go or Java

Tracing Garbage Collector is one of the most popular garbage collection. It is extensively studied and implemented. In tracing, the Garbage collectors traverse through all live objects and remove those objects that do not have any reference.

Tracing garbage collector does not happen every time an object is initialised/de-initialised. This reduces the performance overhead. The garbage collection is triggered at a random interval or when required (like when the server has low requests or memory usage is very high).

Except for the marked objects, Sweep the entire heap.

The sweeping operation fragments the memory. Allocating new memory in a fragmented heap is difficult. It is always preferred to have contagious memory for allocation.

Except for the marked objects, Sweep the entire heap.

Slide the memory and remove the fragmentation. The garbage collector will run through the entire live objects one more time during this phase.

The major drawback of mark-sweep-compact is the compaction step.
Compaction does two steps:

We avoid this compaction in the Mark-Copy. The available memory is first divided into two parts. Let us call them A and B.

The A is responsible for new memory allocation. The B acts as a backup.

Move all the marked objects into the "B" segment. Unlike compaction, copying does not add any overhead.

Clear the "A" segment. Now the roles of "A" and "B" are reversed. The "B" is responsible for new memory allocation. The "A" acts as a backup.

In tracing garbage collection, higher the throughput, more the pause time. Increase in pause time reduces the responsiveness of the application.

Once suspended, sendilkumarn will not be able to comment or publish posts until their suspension is removed.

Once unsuspended, sendilkumarn will be able to comment and publish posts again.

Once unpublished, all posts by sendilkumarn will become hidden and only accessible to themselves.

If sendilkumarn is not suspended, they can still re-publish their posts from their dashboard.

Once unpublished, this post will become invisible to the public and only accessible to Sendil Kumar N.

Thanks for keeping DEV Community 👩‍💻👨‍💻 safe. Here is what you can do to flag sendilkumarn:

Unflagging sendilkumarn will restore default visibility to their posts.