Hi! As it says on my profile, my name is Julian, 19 and currently working as a Software Engineer at We Provide.

^ I changed my mind, "Full Stack Engineer" sounds more right for what I do the most, web development, and maybe it even sounds prettier too! 🙊

ppssstt, if you know a better job description, tell me!

Where I work 👀
Since I started working at We Provide, which as of this month is over a year ago, I've learned a lot. Definitely not only in a technical aspect, also socially and communicatively (is that a word).

uhm, where is your degree?! 🙄
In my head, writing this feels a bit, egotistical? I mean, the way I imagine you reading this is "wow, look at him, thinking that he is the only one who took this path and got somewhere!". Immediately after, another thought came lurking around, what if I'm writing this to get to know myself a bit better and actually think about what happened the past two years?

I guess this is it, the blog post that's gonna make me ball up in a corner and cry 😜

Somewhere end 2016 🎆
I started my education in "Applicatie Ontwikkeling Niv. 4 (MBO)", which translates to Software Engineering. "Niv. 4 (MBO)" has a better explanation on Wikipedia than I could possibly give you!

Throughout the time I spent at school, I didn't feel like I was really learning anything particularly new. I mostly did the work and helped other students. Though, I'm not saying it wasn't valuable to be there.

I actually felt like I belonged, with people who shared the same interests as I. I can't say how much that helped me, coming from high school, not knowing what I was gonna do in a year, two years, three, and so forth.

I guess, from mid 2017 till end 2017? 🔥💩
An internship... I had to go look for somewhere to do my internship... An internship on its own, love it, learn something in the real world instead of "Let's build a TODO list in C#!". What wasn't lovely about it was the fact that I was, and still am, not good in new environments (especially socially), and with new people who I'd have to be with for 8 hours a day. Scary!

So... I found somewhere to do my internship, obviously had some nerves the night before, and was actually really nervous and anxious throughout that first day. "Just have to get used to it", I thought, nothing weird, everyone gets nervous on their first day, whether it's a little bit or like me.

After a couple of days of thoroughly sweating (it also weren't the coldest days of the year), shivering and throwing up every morning, I decided that it wasn't for me. Because of the situation I was in I started thinking, why? Do I need to do this? Yes, if I want my college degree!

Long story short, I sat down with my mentor and HR at the internship, and talked about what was going on. We also talked about where I saw myself in ... years, or any other reasonable time frame. After I told what I wanted to do and where I wanted to go, HR said something that I don't exactly remember but basically translates to:

We talked for a bit after that, came to the conclusion that the internship wasn't for me, and left. I talked with a couple people at my school who wanted to help me, but it eventually came down to the fact that I didn't see myself going through an internship where I'd shiver all day long, only for a piece of paper 4 years later.

Somewhere mid 2018, I decided to apply for a job! 📄
I finally got of my lazy ass, opened up Google (without getting of my ass, obviously...) and looked for "developer job". That was my first attempt, and I failed miserably! I quickly narrowed that down to "web developer" and found a couple.

What I ended up doing was getting into an (unknowingly) long-term relationship with a recruiter. I took one job interview using this strategy and I thought, nah... I really have to find something myself, I know what I want and I know it when I see it, not by getting a call about some potential employer who needs someone with "my skill set".

I still get calls "how is it going at your job, looking for something?!" 😢 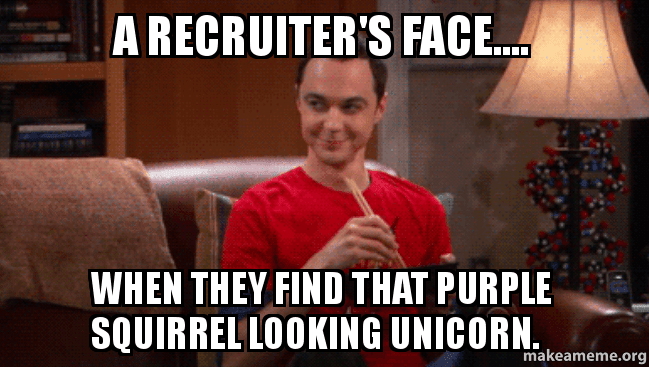 Job interview at We Provide 😄
I eventually found We Provide, a web agency that was looking for a Back-end PHP developer, and didn't have a job description that looked like "HTML, PHP, CSS, MySQL, .NET, MongoDB, Redis, Docker, AWS, Micro-Services" (and all the other terms you could put in there). It just looked like a fun and interesting place to work at, somewhere where I could keep learning and work on myself.

I applied, soon enough got a response, and scheduled a job interview. What I remember most is the fact they thought that I had a degree, because I put "Applicatie Ontwikkeling Niv. 4 (MBO)" on my job application. I forgot that they probably wouldn't look at the years and see "2016-2017" and think "Did he finish that?".

But the thing is, I don't remember that specifically because of it. I remember it because when we talked about it, it wasn't like "it goes downhill from here, he has no degree, sorry, there is the door!", they were, intrigued? I can't come up with a better word for it.

Where I am now... ❤️
Right now, I don't think "ugh, weekend is over, another day at school/work!", I'm happy. I have a lot of fun with the people I work with and most importantly, I learn a lot.

I want to clarify, I don't think that everyone should think "I don't need a degree!", if you can get one, do it. It depends on the situation.

What I want to end with is, when someone doesn't have a degree, don't assume they didn't want it. Don't assume they are lazy or not motivated. I think that when you do something that you like, do it in your spare time and learn because of the fun of it, you can do so much.

I thank you, @yamadashy for this emoji cheatsheet 🙈

A (kinda) funny and passionate self-taught Full Stack Engineer who doesn't like pizza... I know, it's weird!

Get Paid Writing Articles for These 10 Companies ($100+ Per Article)