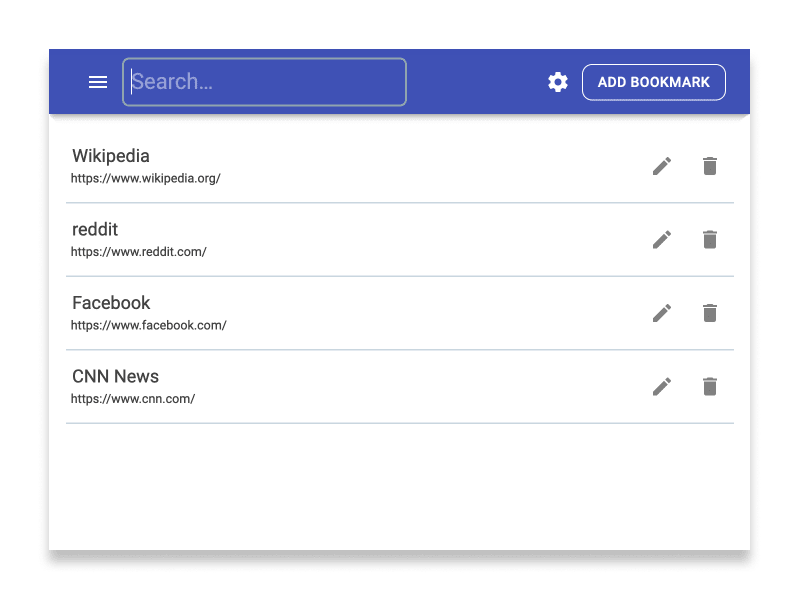 So I recently finished building a webextension in React and I wanted to share my experience and hopefully help anyone down the road who is having trouble. I will be covering my setup in React though I do assume the reader has some prior knowledge of how to setup a React project.

My extension is currently using a file structure similar to this:

extension.html is a basic html setup that creates a div with the class root attached and sets up the extension.js script which loads all the css, redux stores, this, that, other thing, etc as well as App.js which is where you might place the basis of the UI.

Now you can point parcel at extension.html using yarn parcel entry/extension.html. From here you can continue configuring the extension, adding pages, etc.

Please note this not everything you will need in order to have a react extension up and running, but the bare minimum + any React / Preact

This is something I thought was required in my previous attempt at making a web extension but I eventually figured out that using Webpack can be avoided.

Webpack isn't bad in itself, it's a hugely powerful bundler and can handle just about anything you throw at it. But that comes at the cost of simplicity and webpack can be very complex to setup and finicky to use if not setup properly.

The better setup in my opinion is parcel + parcel-plugin-web-extension. This combo of the bundler plus a plugin that allows reading of extension manifests and compiling from that. This is great as it allows for zero configuration, it almost baffled me the first time I tried it. Just point it at a manifest, bundle, done. Check out how I implemented it here

This cannot be understated, web-ext is a tool that will help launch your extension on Firefox and Chrome after it is built. It will spin up a copy of firefox or chrome with a fresh profile and install the extension, as well as open the browser for you. It can do much more but those are the basics. You can read more about it here, and see how I integrated it into my workflow here.

This is another thing I learned. Yes I get the great debate for typescript or no typescript. For small static sites I say no typescript required but for a complex web-extension, Typescript can be your best friend. One other thing is Babel. Parcel has Babel transpiling already in place but there are a few things I always add right off the bat. Namely adding in module resolution in both babel and typescript will let you auto import modules correctly every time.

Redux works as expected but ofcourse it has some quirks when it comes to web-extensions.

You know how some extensions to open a webpage for settings? It took me forever to figure out how to do this properly. My current solution is to add anther entry point that parcel will compile. Create that entry point + the web page, and then bundle the whole thing. Then in the extension add this bit of code and it will open the page in the browser.

Callback URL's for extensions are wired. Your callback URL depends on the ID of your extension and extension ID's have a few limitations:

The problem with creating a constant callback URL for an extension designed for Chrome + Firefox is that it requires that you actually have 4 callback URL's.

If you are trying to authenticate with an application that only accepts a single callback URL, you end up having to create 4 applications, one for each browser/environment, and managing that is a pain in the a***.

How this is done in Firefox

How this is done in Chrome

While I do not use this feature any more, I have some code from when I did, check out how my manifest looked when I had a key and browser_specific_settings included.

Differences between Chrome and Firefox

If you are planning on building an extension for Chrome + Firefox, then you will have to plan on Firefox having it's browser functions under browser.* and Chromium having it under chrome.*. Though the API under the hood is mostly the same, it's important to note that Firefox uses promises and Chrome uses callbacks. While a minor difference, this will prove to be a challenging problem if your extension has deep browser integration.

More on this at MDN

Once suspended, sgolovine will not be able to comment or publish posts until their suspension is removed.

Once unsuspended, sgolovine will be able to comment and publish posts again.

Once unpublished, all posts by sgolovine will become hidden and only accessible to themselves.

If sgolovine is not suspended, they can still re-publish their posts from their dashboard.

Once unpublished, this post will become invisible to the public and only accessible to Sunny Golovine.

Thanks for keeping DEV Community 👩‍💻👨‍💻 safe. Here is what you can do to flag sgolovine:

Unflagging sgolovine will restore default visibility to their posts.