I wanted to learn more about Pandas, a Python library for data analysis, so I decided to embark on a mini-project to experiment with it. If you use Reddit, you've probably seen a chain of comments like below: 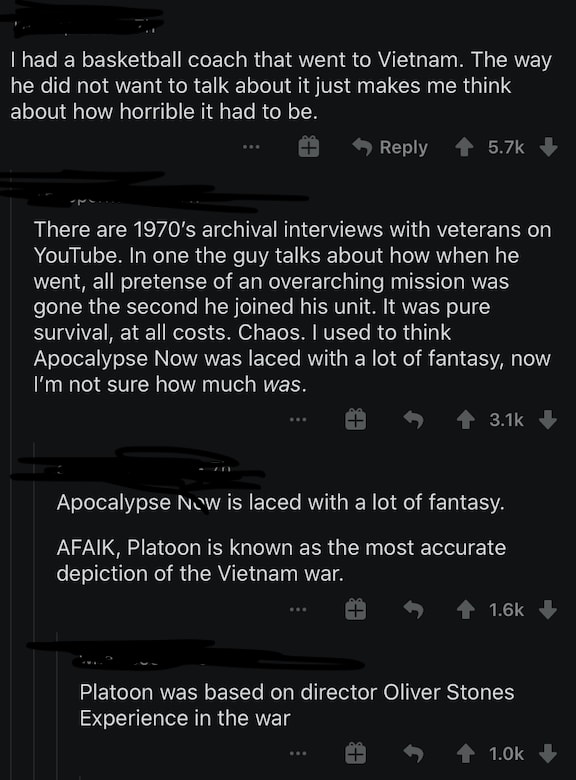 First, we need to import the following:

PRAW is a Python wrapper for Reddit's API. matplotlib is a library for creating static, animated, and interactive visualizations in Python. These imports will become clearer as we move on.

Next, we need to define authenticate to Reddit's API. PRAW allows us to do this pretty easily with OAuth2:

In this case, the client ID and client secret is stored in a file (called client_secret.txt). We read this and return an instance of PRAW's Reddit class, which allows us to interact with Reddit's APIs.

The reason we use concurrent.futures is because, depending on the length of the comment chain we are examining, we might end up taking very long to collect upvotes on one submission but a very short time to collect upvotes on another submission (we will see what the count_upvotes function does next). Here, m represents the number of submissions to look at and n represents the number of comments in a comment chain to examine.

Next, we need to count the number of upvotes of each comment in a comment chain in each submission. This can be done as follows:

After counting the upvotes of each comment in the top comment chain, we only have to process the data. First, we compute the average number of upvotes for the top comments, the 1st reply, the 2nd reply, etc:

We return a list called avg_upvotes, which contains the average number of upvotes for the top comment, first reply, second reply, etc. We now convert this list into a bar graph:

Now all we have to do is put it together:

The program takes two parameters: the number of submissions to look at and the "depth" of the comment chain we have to look at.

Running the program (assuming you have the necessary libraries installed with Python 3.6+), you get a bar graph like so: 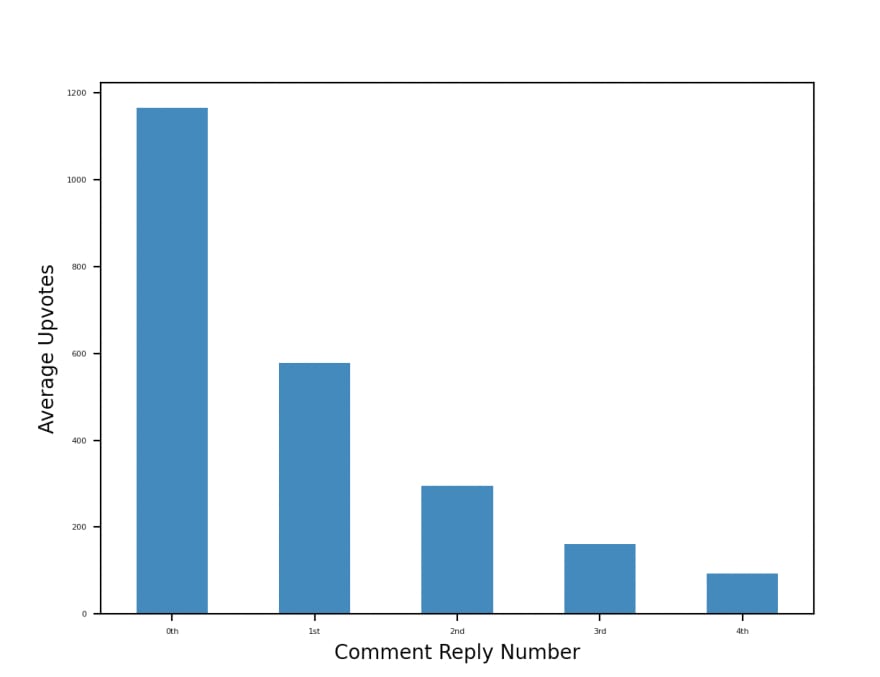 The above graph allows us to visualize the distribution of upvotes on comments on Reddit. Clearly, the distribution is right-skewed: the number of upvotes diminish as we get deeper down the reply chain. This is to be expected, since the top comment tends to be seen first.

Hopefully, you can see how tools like Pandas and PRAW allow us to collect data and visualize it.

Wavelet Buffer In A Nutshell

Once suspended, shawarma will not be able to comment or publish posts until their suspension is removed.

Once unsuspended, shawarma will be able to comment and publish posts again.

Once unpublished, all posts by shawarma will become hidden and only accessible to themselves.

If shawarma is not suspended, they can still re-publish their posts from their dashboard.

Once unpublished, this post will become invisible to the public and only accessible to S. Sharma.

Thanks for keeping DEV Community 👩‍💻👨‍💻 safe. Here is what you can do to flag shawarma:

Unflagging shawarma will restore default visibility to their posts.