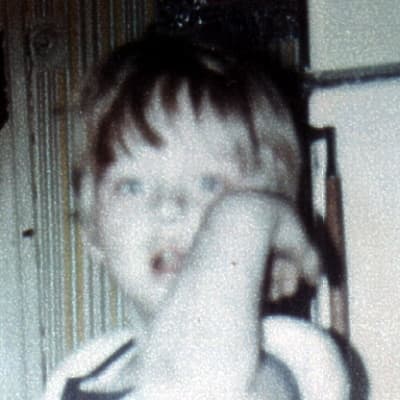 I've been mulling this topic for a long time now. I had aimed to make this into one of my video rants, but I want to make sure the words I mean are the words I say. This is purely my view of the idea of privilege in my own life.

I consider myself a fairly successful person in software. This isn't how it was supposed to be. I was born into a family on welfare in the projects in New York City. My father's schizophrenia kept him from working most of the time. My mother, a teenage mother, waitressed to help make ends meet. Contrary to expectations were not the only white family in our apartment block. Our next door neighbor, a black woman, often watched me and my brother and sister when my mom had to work and my dad was having one of his bad days, which was often. We loved her like a second mother.

I wasn't destined for anything. Growing up poor in the United States is tough. Hard to see beyond the next paycheck and food stamps. I was just a kid so I didn't realize how difficult this was for my mother.

Fast forward a decade, and my mother had left my father and taken an opportunity to go to nursing school (there was a huge shortage of nurses in the '70s). She literally pulled us up by her bootstraps and hard work to live in what I can only call lower-middle class living in Florida. 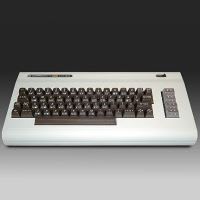 After begging my grandmother (the only one in our family to have any money to speak of) for a Commodore Vic-20 (Computer) for my 10th birthday, it arrived as a Christmas present. I was obsessed with it.

I grew up in the shadow of my father's illness, sexual abuse in the family, and violence as a common occurrence. This isn't as uncommon as you might imagine, but I was ill equipt to finish school. I dropped out of high school, and later college. I should be managing a 7-11 or building houses. I shouldn't have a successful software career.

I got lucky. My mother went on a date with a man and couldn't stop talking about her 16 year old son who was obsessed with computers. He never got the second date with my mother, but called me and offered me a job. My first.

Maybe without that lucky date, I still would have ended up in software. Who knows. But it wasn't what I expected my life would be. As the years went by, I moved from job to job, contract to contract without much worry of finding a job. Such is the magic of the software world. Nearly zero unemployment and lots of opportunities to grow.

But that's not the case for many. If I had not been born looking like a software developer, would have it been that easy? I look through the ranks of software developers and realize how few are women, black or latinx. It seems to me that my white-maleness helped me in this career. And that was with the handicap of no degree or high school diploma.

Take a minute and imagine the same story if I were black. The result likely would have been much different. More road blocks. My mercurial nature would be though lazy or less than instead. I wouldn't have gotten call-backs for interviews as easily as I did. Even if the black candidate had a college degree and stellar experience, their resume might not have even been considered once the person looked at their first name and put them in the recycle bin. The result would have been very different.

I think for the past half-a-century technology has hired for culture. "Is this candidate a good fit for our team." Without realizing it, we might be falling into the trap of thinking that developers have to have a certainly look. The media hasn't helped. Jurassic Park, War Games, Silicon Valley, and Big Bang Theory; they all furthered the stereotype and we bought into it. We wore the cargo shorts and polos, grew out our beards and took for granted that it helped us look the part. Often without even giving it a second thought.

So, are we all racist? As we all prejudiced? Or may it's just implicit bias? It doesn't matter what you label it; the result is the same, we've excluded people who could be doing great work because they didn't seem to fit what we thought a 10x developer looked like. It's sad and I'm disappointed in myself that I spent decades being ignorant of the problem.

The world is battling over police abuse and #blackLivesMatter and I can't solve that. But I do hope I can help with the same systemic problem we have in our industry and do the little I know how to do to make it better. The reality is for me, it started with looking in the mirror at my own behavior. Being a better person, one day at a time. Letting those reptilian thoughts in the back of my head stay there and not become actions. I am committed to this. I hope my readers will consider the same.

I've said it far too many times: "I'm lucky". In hindsight, luck had less to do with it than I suspected at the time.

How to Change VS Code Terminal Color

Shawn Wildermuth
Shawn Wildermuth has been tinkering with computers and software since he got a Vic-20 back in the early ‘80s. He has been a Microsoft MVP, Pluralsight Author, and filmmaker.
June 23rd, 2022: What did you learn this week?
#weeklyretro #weeklylearn #discuss
What was your win this week?
#discuss #weeklyretro
Which YouTube channels do you follow and would recommend as a programmer/developer?
#discuss #webdev #programming #productivity