Motivation behind the Workflow

Let's all agree that we, as Human Beings, prefer laziness most of the time. We love snoozing the alarm for an extra five minutes every morning, we prefer texting our siblings who are just sitting in the next room, sometimes we don't even run through our exam paper before submitting it just because we are too lazy to do so.

Besides laziness, we usually get bored so easily, from tedious tasks at work right through to waiting in line at the supermarket. Our brains simply don't respond well to experiences that are too predictable and repetitive. This lack of amusement is what we call boredom.

That's why we invented Machines and enhanced the overall process of automation. Simply to make everything better, from increasing productivity to building more efficient and flawless products.

Well, in the Software Engineering field, we too have some tedious tasks to keep on doing daily to maintain the output product. Here comes GitHub, or more specifically GitHub Actions, to provide us a solution to automate any number of repetitive tasks and start the process with something just as simple as a mouse click! Impressive, right? Buckle up and get ready, because your mind is about to be blown away.

How did GitHub Actions help me?

Let me tell you my story from the 3rd-person point of view perspective. So, Shehab is an Open-Source enthusiast who created a GitHub repository called DiffCpp almost a year ago. At this moment in time, DiffCpp has a lot of users, forks, and stars (well, this is not the case for now, but hopefully it might be shortly). Anyway, this GitHub repo currently requires regular maintenance and updates to be alive. Since Shehab is a slothful person who avoids doing monotonous tasks, he decided to use existing GitHub Actions to build a perfect workflow to automate any kind of work needed to ensure that the codebase will not be broken in whatever way before releasing it.

So, he decided to brainstorm and list out all of the possible sets of tasks needed to get the job done. He found out that these tasks can be categorized as follows:

Well obviously, this is much to do, but cautious! SPOILER ALERT is on the way, and let me just tell you not only that GitHub allowed me to do all of the previously listed tasks with ZERO effort but it also provided me with this charming pipeline visualization at the end of the process.

How I created this workflow?

For simplicity, let’s consider the following scenario. I woke up this morning, grabbed a cup of coffee, and checked out my GitHub account just to find out that someone created an issue in the DiffCpp repo mentioning the following:

This needs an immediate fix. So, I decided to offer $10,000,000 (I wish I had this amount of money in real life) for the first contributor who solves the issue. Well, for the first thought, you may think that this will solve the issue but have you imagined how many pull requests would I get per minute?

Apart from the number of pull requests, I wouldn't even be able to check all of them to find out which ones get the job done, this would take me forever! Thanks to Google Test that allowed me to add a new test with something just as simple as these 2 lines of code:

So, here comes GitHub Actions (in collaboration with Google Test) to solve the problem. So, I decided to build a workflow to check each submitted pull request for the following:

When these checks pass successfully, the following will be shown in the pull request itself to facilitate direct merge.

Moreover, you can feast your eyes on the charming visualization of this pipeline showing the complete flow of the code review right here 👇 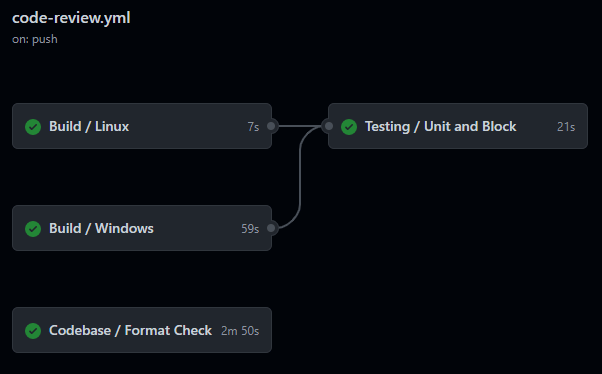 We are not done yet! Additionally, GitHub can even notify me when someone submits a valid pull request that solves the issue. So, I will be able to successfully check over millions of pull requests effortlessly.

Well, now it is time to generate a release, but again I have neither intention nor energy to do any other work (as if I have done any). Thus, I decided to build another workflow, based on the previous one, that will be in charge of generating the release from A to Z and can be triggered with a simple mouse click.

First things first, my strategy will be based on DRY (Don't Repeat Yourself). Thus, I decided to make use of what is called Reusable Workflows. Yes! it is exactly as fascinating as you read, GitHub has just introduced a new feature of reusing workflows, many thanks to @blackgirlbytes for her awesome blog post about the feature. 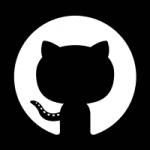 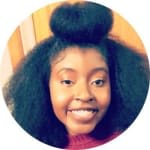 So, I needed to add the following tasks:

This job has a single dependency ➡️ verification

The generated URL will consist of Benchmark Graph as follows: 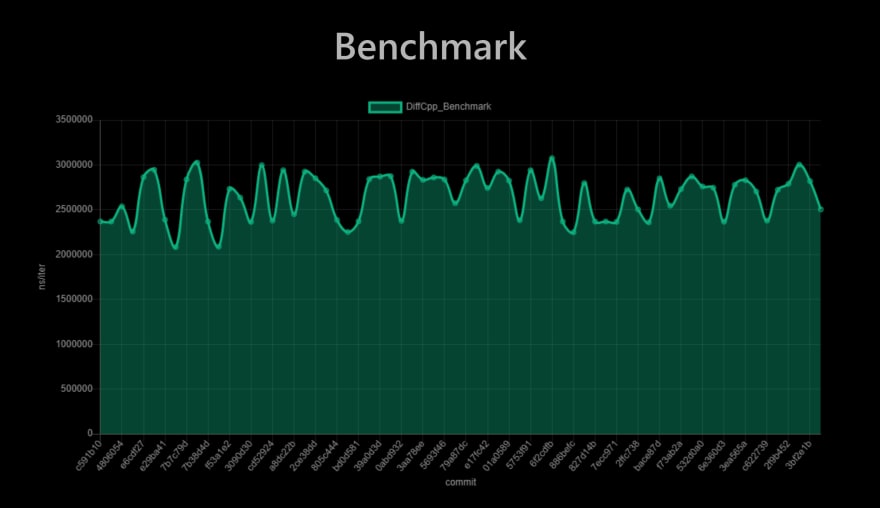 Finally, after the completion of all these tasks, we can have a look on this charming visualization of the pipeline showing the complete flow of the release process right here 👇

In conclusion, I just want to point out that relating this workflow with laziness is for nothing but simplicity of illustration. However, in real life, developers commonly tend to avoid such monotonous tasks so that they can keep focused on the development itself rather than dealing with numerous amount of tasks for verification and release purposes. So, from my point of view, using this workflow in any project is a must, and will help developers to focus more on introducing new features to the project while making sure that the codebase is not broken.

Here is the DiffCpp repo

This package is used to compare two files line by line and show the differences.

Once suspended, shehab7osny will not be able to comment or publish posts until their suspension is removed.

Once unsuspended, shehab7osny will be able to comment and publish posts again.

Once unpublished, all posts by shehab7osny will become hidden and only accessible to themselves.

If shehab7osny is not suspended, they can still re-publish their posts from their dashboard.

Once unpublished, this post will become invisible to the public and only accessible to Shehab Hosny.

Thanks for keeping DEV Community 👩‍💻👨‍💻 safe. Here is what you can do to flag shehab7osny:

Unflagging shehab7osny will restore default visibility to their posts.