Let’s dig into A Design Methodology For Reliable Software Systems published by Barbara Liskov in 1972. 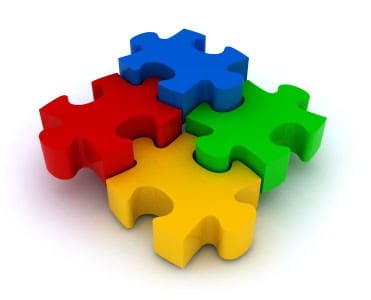 The focuses of this paper is on how to make reliable software systems and what techniques can help us achieve that. Reliability here implies that a system works as expected under a given set of conditions.

The unfortunate fact is that the standard approach to building

systems, involving extensive debugging, has not proved successful in producing reliable software, and there is no reason to suppose it ever will. Although improvements in debugging techniques may lead to the detection of more errors, this does not imply that all errors will be found. There certainly is no guarantee of this implicit in debugging: as Dijkstra said, “Program testing can be used to show the presence of bugs, but never to show their absence.”

To be confident that our system works correctly, we need testing that meets the following conditions:

Criteria for a Good Design:

To tame the design of a complex system, we need to use modularization and divide the program into several modules (sub programs, later on referred to as partitions in the paper to avoid overloading the term “modules”) which can be compiled separately but are connected to other modules.

The connections are defined by Parnas as follows:

The connections between modules are the assumptions which the modules make about each other.

Although the idea of modularity sounds like a great tool for building large complex software systems, it can introduce additional complexity if not done right.

The success of modularity depends directly on how well modules are chosen.

Some common issues are:

The next question that arises: What is good modularity?

We use two techniques to answer that: levels of abstraction to tackle the inherent complexity of the system and structured programming to represent the design in software.

Levels of abstraction…provide a conceptual framework for achieving a clear and logical design for a system. The entire system is conceived as a hierarchy of levels, the lowest levels being those closest to the machine.

A group of related functions make up a level of abstraction. Each level can have the following two types of functions:

Levels of abstraction are governed by the following two rules:

A structured program defines the way control passes among various partitions in a system. It is defined by the following two rules:

Back to the question that was posed earlier: how do we define good modularity?

In a modular system that is also reliable, the connections between partitions are limited as follows:

The next question that arises after we’ve figured out how to defined good modularity is —  how do we achieve it in our design?

Partitions supports abstractions that a system designer finds helpful when thinking about the system.

Abstractions are introduced in order to make what the system is doing clearer and more understandable; an abstraction is a conceptual simplification because it expresses what is being done without specifying how it is done.

The paper then presents some guidelines for identifying different types of abstractions while designing a system:

Now that we have some idea about how we can achieve good modularity while designing our system, how do we proceed with it?

The first phase is to identify a set of abstractions that represent the eventual behavior of the system in a general way. The next phase “establishes the data connections between the partitions and describes the flow of control among the partitions”.

The second phase occurs concurrently with the first; as abstractions

its connections with the rest of the system are known

and when the designers are confident that they understand

exactly what its effect on the system will be.

The next question one would ask is: how do we identify when the design is finished?