Front-end developers often refer to transparent reactivity — at the core of MobX, Vue or React Easy State — as magic, but there is nothing magical about it. It is based on a very simple idea, which can be demonstrated with the following snippet.

You can perfectly define when you expect NotesApp and Note to re-render: when a new note is added or removed and when the author or a note’s text is modified. Luckily this conclusion was not driven by complex human intuition, but simple programmable if-else logic.

If a part of a state store — which is used inside a component’s render— mutates re-render the component to reflect the new state.

Your brain is creating the following ternary relations about properties of objects — used inside render methods.

When a property of an object is modified you subconsciously collect all of the components which belong to that (object, property) pair. Let’s turn this process into code!

The rest of the article assumes you have a basic understanding of ES6 Proxies and React Easy State. If you don’t know what I am talking about, a quick look at the MDN Proxy docs and the React Easy State repo is enough to go on.

In order to construct the (object, property, component) relations, we have to know which objects and properties do NotesApp and Note use during their renders. A developer can tell this by a glance at the code, but a library can not.

We also need to know when a property of an object is mutated, to collect the related components from the saved relations and render them.

Both of these can be solved with ES6 Proxies.

The store Proxy intercepts all property get and set operations and — respectively — builds and queries the relationship table.

There is one big question remaining: what is currentlyRenderingComp in the get trap and how do we know which component is rendering at the moment? This is where view comes into play.

Let’s get back to the notes app and see what happens in the reactive code.

The above section shows you how to make an optimistic reactive core, but the real challenges are in the numerous pitfalls, edge cases, and design decisions. In this section I will briefly describe some of them.

A transparent reactivity library should not do anything other than constructing, saving, querying and cleaning up those (object, property, component) relations on relevant get/set operations. Executing the renders is not part of the job.

Easy State collects stale components on property mutations and passes their renders to a scheduler function. The scheduler can then decide when and how to render them. In our case the scheduler is a dummy setState, which tells React: ‘I want to be rendered, do it when you feel like it’.

Some reactivity libraries do not have the flexibility of custom schedulers and call forceUpdate instead of setState, which translates to: ‘Render me now! I don’t care about your priorities’.

This is not yet noticeable — as React still uses a fairly simple render batching logic —but it will become more significant with the introduction of React's new async scheduler.

Saving and querying ternary relations is not so difficult. At least I thought so until I had to clean up after myself.

If a store object or a component is no longer used, all of their relations have to be cleaned up. This requires some cross references — as the relations have to be queryable by component, by object and by (object, property) pairs. Long story short, I messed up and the reactive core behind Easy State leaked memory for a solid year.

After numerous ‘clever’ ways of solving this, I settled with wiping every relation of a component before all of its renders. The relations would then build up again from the triggered get traps — during the render.

This might seem like an overkill, but it had a surprisingly low performance impact and two huge benefits.

Car is not — needlessly re-rendered on speed changes when car.isMoving is false.

Easy State aims to augment JavaScript with reactivity without changing it in a breaking way. To implement the reactive augmentation, I had to split basic operations into two groups.

After determining the two groups, I had to go through the operations one-by-one and add reactivity to them in a seamless way. This required a deep understanding of basic JavaScript operations and the ECMAScript standard was a huge help here. Check it out if you don’t know the answer to all of the questions below.

So far you have seen that store wraps objects with reactive Proxies, but that only results in one level of reactive properties. Why does the below app re-render when person.name.first is changed?

To support nested properties the ‘get part’ of our reactive core has to be slightly modified.

The most important section is the final if block between line 15–18.

These points — and the fact that relations are cleaned up before every render — results in a minimal, adaptive subset of nested reactive store properties.

Some built-in JavaScript objects — like ES6 collections — have special ‘internal slots’. These hidden code pieces can't be altered and they may have expectations towards their this value. If someone calls them with an unexpected this, they fail with an incompatible receiver error. 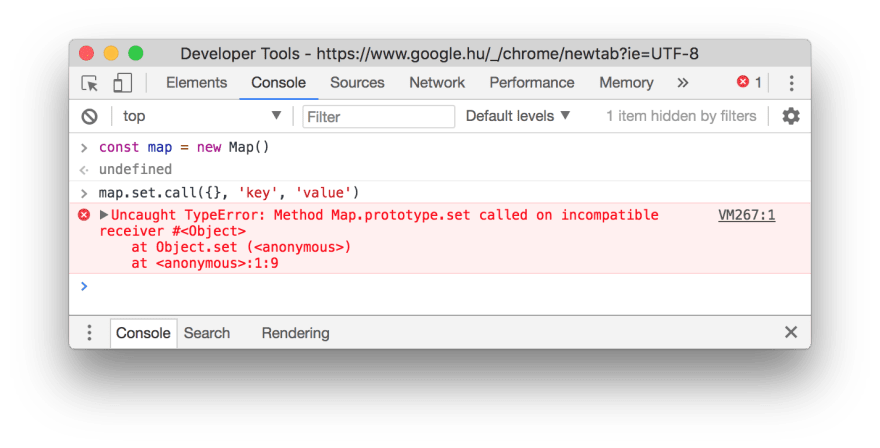 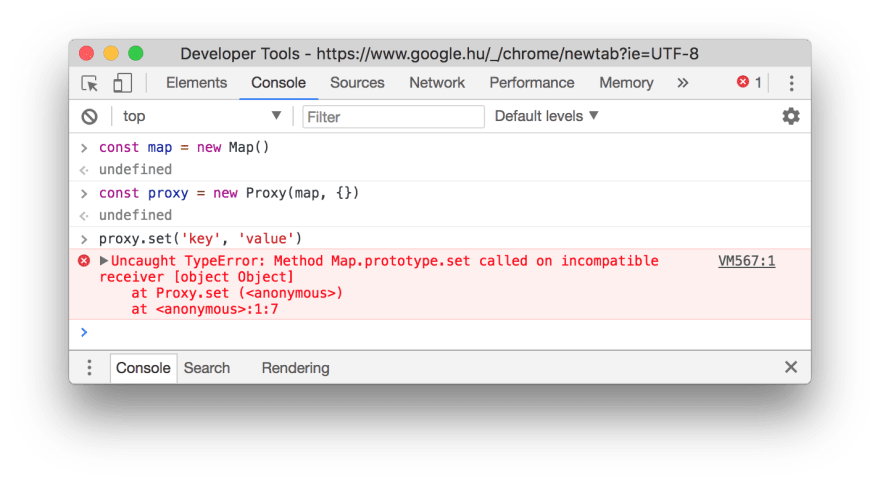 To work around this, I had to find a viable alternative to Proxies for built-in objects. Luckily they all have a function based interface, so I could resort to old-fashioned monkey patching.

The process is very similar to the Proxy based approach. The built-in’s interface has to be split into two groups: set-like and get-like operations. Then the object’s methods have to be patched with the appropriate reactivity logic — namely constructing and querying the reactive relations.

A Bit of Intuition

I was a bit overgeneralizing when I stated that the reactive core is made with cold logic only. In the end, I had to use some intuition too.

Making everything reactive is a nice challenge, but goes against user expectations. I collected some meta operations — that people don’t want to be reactive — and left them out of the fun.

These choices were made by intuition during my usage test rounds. Others might have a different approach to this, but I think I collected a sensible subset of the language. Every single operation in the above table has a good reason not to be reactive.

The reactive core — implemented in this article — is not in the source of React Easy State. In reality, the reactive logic is in a more general library — called the Observer Utility — and Easy State is just a thin port for React. I intentionally simplified this to make it more digestible, but the presented ideas are still the same. I hope you learned something new if you made it so far!

If this article captured your interest please help by sharing it. Also check out the Easy State repo and leave a star before you go.

Thanks!
(This article was originally published on Medium)