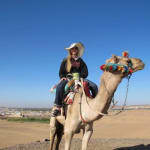 I recently read an article from @rachelsoderberg about what it means to write good variable names. In her article, she discusses the many strategies and considerations involved in writing descriptive variable names.

It was definitely a great read, but once I had finished, I suddenly realized how truly difficult it is to accomplish this seemingly mundane task in programming. As programmers, we frequently struggle to name our variables, not because it is inherently difficult per se, but because we have to ensure that the names we choose are clear, descriptive, and maintainable enough for the next person reading our code (which may or may not be ourselves).

To save myself some time and effort, I use a simple naming convention for all my projects. Today, I wish to share it to the community so that we can all spend less time thinking of variable names.

NOTE: The code examples I use in the article are written in JavaScript, but they apply to any programming language since they're just naming conventions after all.

All variables, functions, parameters, and identifiers are written in camelCase . Constants are written in SCREAMING_CASE. It is important to make this distinction so that we can tell which variables are immutable and read-only by nature and design.

Any static value that does not depend on runtime variabilities (such as user input and other dynamic values) can be classified as a true constant. For example, the value of PI is considered to be a true constant, therefore it has to be written in SCREAMING_CASE. Otherwise, camelCase is used to denote mutable and immutable variables that store temporaries, aliases, calculations, and the output of a runtime variability.

It should be noted, though, that context matters. The criteria for the distinction between immutable variables and true constants can change depending on the situation. For example, one may use SCREAMING_CASE for userInput if they were to treat it as a static value throughout the entire program (even if it may vary per runtime on different devices). At the end of the day, it is up to us as programmers to discern which variables we wish to communicate as immutable variables or true constants.

Data types communicate what methods and operations can be performed on some variable. It is thus in our best interest to name our variables with a type system in mind, especially for weakly typed languages. Doing so will help us imply what data type a variable may have and its respective methods, properties, and operations. In turn, this leads to more readable code.

In most cases, numbers, strings, and individual objects are named with the most appropriate singular noun.

The names for booleans are usually in the form of a yes-or-no question, as if we are personally asking the boolean variable itself about its state.

Arrays and other collection-like data structures (such as Map and Set) are named with the most appropriate plural noun in camelCase. If the plural and singular form of the noun seem too similar, we can substitute the plural form for an appropriate collective noun. That way, the corresponding singular form of these nouns can be used as variable names during iteration.

Functions are written with the intent to associate them with actions. This is why they are usually named as a combination of two parts: a transitive verb and a direct object. In other words, the names for functions are usually in the form of verb + noun. This communicates to us that the name is a command, or rather a function, that we can call whenever we want.

PowerShell, the Windows-equivalent of Bash in Linux, is a great example of a language that enforces this naming convention for functions (or cmdlets as one would call it in the language).

The script below calculates the total memory allocated for all currently running Chrome processes. The syntax is not the friendliest, but PowerShell's enforcement of the verb + noun convention for its cmdlets is evident. The example below only makes use of the Get-Process, Where-Object, and Measure-Object cmdlets, but rest assured, the naming convention is followed by the other cmdlets provided by PowerShell. This site lists them all out for reference.

Classes are named with an appropriate proper noun in PascalCase. This communicates to us that the variable is not just like any other variable in our program that follows the camelCase naming convention; rather, it is a special variable that stores a user-defined type with special properties and methods.

Class fields are named according to the immutability and data type conventions discussed earlier.

On the other hand, class methods are named in a similar fashion to functions. They still use the verb + noun convention, but in some cases, they can get away with omitting the direct object (noun) part of its name. The performer of the transitive verb (action) is thus implied to be the object instance of the class that owns said object method.

The code snippet above succinctly summarizes my entire naming convention. It is quite apparent that the grammar rules and semantics of the English language have greatly influenced this convention. Embracing and somehow relating them to programming have made the act of naming variables and implying their data types more intuitive than ever.

If we wanted to, we could simply prefix all of our variables with an abbreviation of its data type—similar to how one would use an adjective to describe a noun—but in doing so, the variable names would become undesirably verbose, as illustrated by the example below. We'd be better off using TypeScript for explicit type annotations.

Case in point, naming variables is one of the most frustrating aspects of programming . Following a grammar-based naming convention will certainly make it less unpleasant. Thanks to the linguistic origins of this naming convention, we will be able to write more intuitive and readable code by default, which is always a good thing. Of course, we still have to ensure that the design and architecture of our software is not inherently "bad", but at least we can rest assured that our code is indeed intuitive and readable for whoever may work on it next.

A programming language is called a language for a reason...

We're hiring for a Senior Full Stack Engineer and would love for you to apply. Head here to learn more about who we're looking for.