Why such attention towards Airflow ?

"The software industry has seen a notable rise in the development of tools to manage data. These tools range from storage solutions that house data to pipelines that transport data".

the current data flow set up.

We call these pipelines data workflows. And a well-known tool in this space is Apache Airflow.

Airflow solves those tedious tasks by,

click on a feature if you wish to jump to its section directly.

And the best part of all, Airflow is an Open Source tool and has a rapidly growing user base and contributions 🙂

And create a minimalistic workflow pipeline that leverages all the Airflow features I had listed above.


Every workflow is constructed as a Directed Acyclic Graph (DAG).
DAG is created using a .py file which should ideally have three sections configured

default_args is used to set properties (arguments) that are common for all the tasks.

Airflow Operators are used in creating individual tasks in the DAG. Properties specific to a task will be configured in the operator.

Some of the most commonly used Airflow Operators

Now that we have our DAG ready, let's see where I have configured the features in it.


Airflow handles errors and failures gracefully.
If you prefer to re-run a failed task multiple times before aborting the workflow run, use retries argument. So that an erroneous task will be executed up to the defined number of times before it's marked as failed.


on_success_callback and on_failure_callback arguments are used to trigger some actions once the workflow succeeds or fails respectively. This will be useful to send personalized alerts to internal team via Slack, Email, or any other API call when a workflow task succeeds or fails.

Since Airflow is made of Flask framework, you can even extend WebUI by creating additional pages using Flask AppBuilder.

In addition to that, DAGs can be made to run automatically at a particular time by providing a cron notation in schedule_interval


Airflow 2.0 has released Airflow API that opens the door to Automation with Airflow. With Airflow API, one can automate DAG triggers, reads, and other operations that are possible using WebUI. 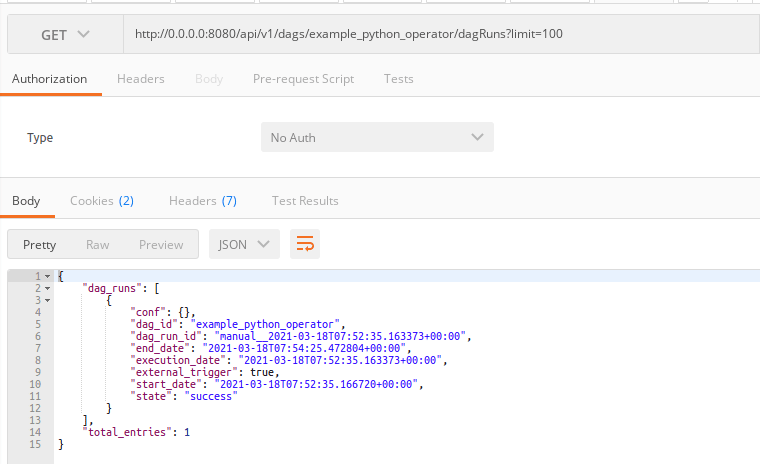 Setting up your Airflow Instance

If you don't have the bandwidth to set up and maintain airflow in your own infrastructure, here are the commercial Airflow-as-a-service providers:

Google Cloud Composer - managed service built atop Google Cloud and Airflow.
Astronomer.io - In addition to hosting Airflow in their infrastructure, they provide solutions focused on airflow and support services.

Is Airflow the only option for workflows?

Certainly Not. It depends on different factors.
Say your entire product is hosted in a single cloud provider ( AWS / Azure/ GCP) and you are fine with vendor lock-in.
Then,

Whereas if you want to host your product in multi-cloud -
Airflow will be a better fit. There are other workflows in the market similar to Airflow :
Prefect
Luigi
Dagster

Going forward, I'll publish detailed posts on tools and frameworks used by Data Engineers day in and day out.