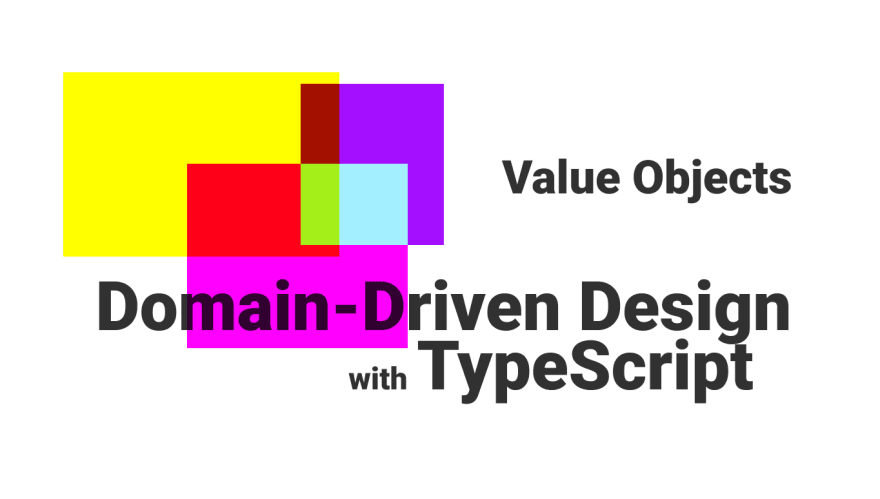 In Domain-Driven Design, Value Objects are one of the two primitive concepts that help us to create rich and encapsulated domain models.

The two concepts are Entities and Value Objects.

We use an Entity to model a domain concept when we care about the model's identity and being able to distinguish that identity from other instances of the model.

The way that we determine that identity helps us determine whether it's an Entity or a Value Object.

A common example is modeling a user.

In this example, we'd say that a User is an Entity because the way that we determine the difference between two different instances of a User is through it's Unique Identifier.

The Unique Identifier we use here is either a randomly-generated UUID or an auto-incremented SQL id that becomes a Primary Key that we can use for lookup from some persistence technology.

With Value Objects, we establish identity through the structural equality of two instances.

To identify two Value Objects from each other, we look at the actual contents of the objects and compare based on that.

For example, there might be a Name property on the User Entity.

How can we tell if two Names are the same?

This is OK, but it could be better. Lemme ask a question:

What if we wanted to limit the length of a user's name. Let's say that it can be no longer than 100 characters, and it must be at least 2 characters.

A naive approach would be to write some validation logic before we create an instance of this User, maybe in a service.

This isn't ideal. What if we wanted to handle Editing a user's name?

This is actually how a lot of projects start to spin out of scope. We end up putting too much domain logic and validation into the services, and the models themselves don't accurately encapsulate the domain logic.

We call this an Anemic Domain Model.

We introduce value object classes to encapsulate where validation should occur and to satisfy the invariants (validation & domain rules) of our models.

We had this before, a basic class for our User entity.

If we were to create a class for the name property, we could co-locate all of the validation logic for a name in that class itself.

We will also make the constuctor private, and using a static factory method to execute the preconditions that must be satisfied in order to create a valid name using the constructor.

And then change the User class to require a IName instead of a string.

Here's an example of a Value Object class.

Check out the equals method. Notice that we use shallowEquals in order to determine equality. This is one way to accomplish structural equality.

In future articles, we'll talk about:

This is part of the Domain-Driven Design with TypeScript series. If this was useful to you, let me know in the comments & subscribe to the newletter to get notified when new articles come out. Cheers!

How to fix Duplicate identifier IteratorResult

Once suspended, stemmlerjs will not be able to comment or publish posts until their suspension is removed.

Once unsuspended, stemmlerjs will be able to comment and publish posts again.

Once unpublished, all posts by stemmlerjs will become hidden and only accessible to themselves.

If stemmlerjs is not suspended, they can still re-publish their posts from their dashboard.

Once unpublished, this post will become invisible to the public and only accessible to Khalil Stemmler.

Thanks for keeping DEV Community 👩‍💻👨‍💻 safe. Here is what you can do to flag stemmlerjs:

Unflagging stemmlerjs will restore default visibility to their posts.