Minimal introduction: from theoretical concept of function to practical usage of closures in programming. I show the same concept from different point views, so you can build a deeper understanding.

Functions assign a single output for each of their inputs.
-- khanacademy

As well function can be called "lambda" or "λ" in terms of lambda calculus:

Side note: I provide examples in lambda calculus, but they are not essential, you can skip it. 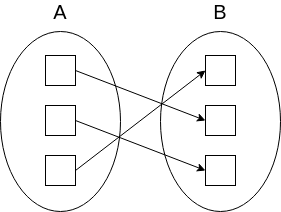 or it can be represented as points in Cartesian coordinates: 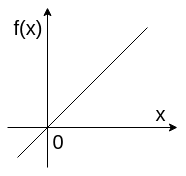 In programming they are called functions or "anonymous functions" or "lambdas", for example in JS:

or "methods" - functions bounded to an object

In the given example x is variable. There can be more than one variable:

We can use any symbols to represents variables, for example with more meaningful names

Specification of the function is any kind of explanation about how input relates to the output. It can be a simple mathematical formula

it can be any kind of instruction

or another descriptive way.

In programming function is specified by the "body" of the function:

In lambda calculus, the function is specified by the expression

(Don't focus on this, for now, we will get back to the application and it will be more clear)

Function application or variable substitution is when you provide variable to get actual value of the function:

In programming it is named "function call" or “evaluation” or “execution” or “computation”:

in JS there are two more ways to do it because in JS they need a way to bind special variable this. This is not essential information I provide it for the fullness of the picture

In lambda calculus, they write application as

Function as a value

There is a different term for functions as values - functions in this case called "first-class citizens" (am I alone who think this is somehow racist term?)

For example, treating functions as values can be used for polymorphism. Imagine you have list (or array), there is generic filter function, by providing different functions to the filter you can change it's behaviour:

z is a function in this example, we apply z to x in the end.

If our function has more than one variable, we don't have to provide all variables at once, we can provide just some of it first and the rest later

For example, we can imagine a function which defines the curve in 3-dimensional space and by "fixing" one of the variables (substituting by actual value) we are doing slice (or projection).

But what to do if we don't have a formula in front of us, what if we treat the function as a black box? We can say: okay let's keep in mind that we have some value for this variable and continue until we get all arguments for the function so we can "fully" apply function. This is typical for programming, we deal with functions as black boxes for encapsulation reasons. For example, we can introduce a function partiallyApplyOne:

We can say that partial application produces new function (returns function e.g. treats the function as a variable) with a smaller number of the variables (with smaller "arity").

In programming partial application can be called "binding" as well. In JS they have additional form of binding because they need a way to bind special variable this:

In lambda calculus, they use the term "bind" to describe variables mentioned before dot, in contrast to "free" variables which are not mentioned

In this example, x is a bound variable and y is a "free" variable.

We mentioned this magic technique of "keeping variable in mind" before, without proper explanation. How to attach variable to the function? To do this we need to use closures. The closure is a function with a context from where it was defined (or "created"). Closures are lexically scoped which means:

Closure typically use lexical scope, but there are different ways to resolve scope, for example, dynamic scope. Lexical scope is easier to reason about.

In lambda calculus terms: closure is a function that makes use of free variables in its definition.

Closures can be used in many interesting ways (we already saw binding), for example, we can write memoization function with the help of closures

or we can write debounce function

Side note 2: examples for the simplicity use one argument, but it is possible to have more than one.

There are some ideas which I didn't cover in this article, like recursion, currying, composition, and others - this is for the next article.