From the official GraphQL documentation, GraphQL is a query language for APIs and a runtime for fulfilling those queries with your existing data. GraphQL provides a complete and understandable description of the data in your API, gives clients the power to ask for exactly what they need, and nothing more, makes it easier to evolve APIs over time, and enables powerful developer tools.

There are other packages used in Golang for GraphQL implementations, but these are the few reasons we use gqlgen:

The purpose of this article is to give you a hands-on introduction to using Graphql in Golang. As such, we won't focus on definitions of terms in great detail.

We will be building a multi-choice question and answer application.

You can get the complete code for this article here

Create a folder of the project at any location on your computer(preferably where you have your Go projects), initialize go mod, then install the package gqlgen package.

Then create a Makefile to house all the commands that will be used.

After running the above command, the project structure will look like this(from the documentation):

The end product of the application we will be building has this structure: 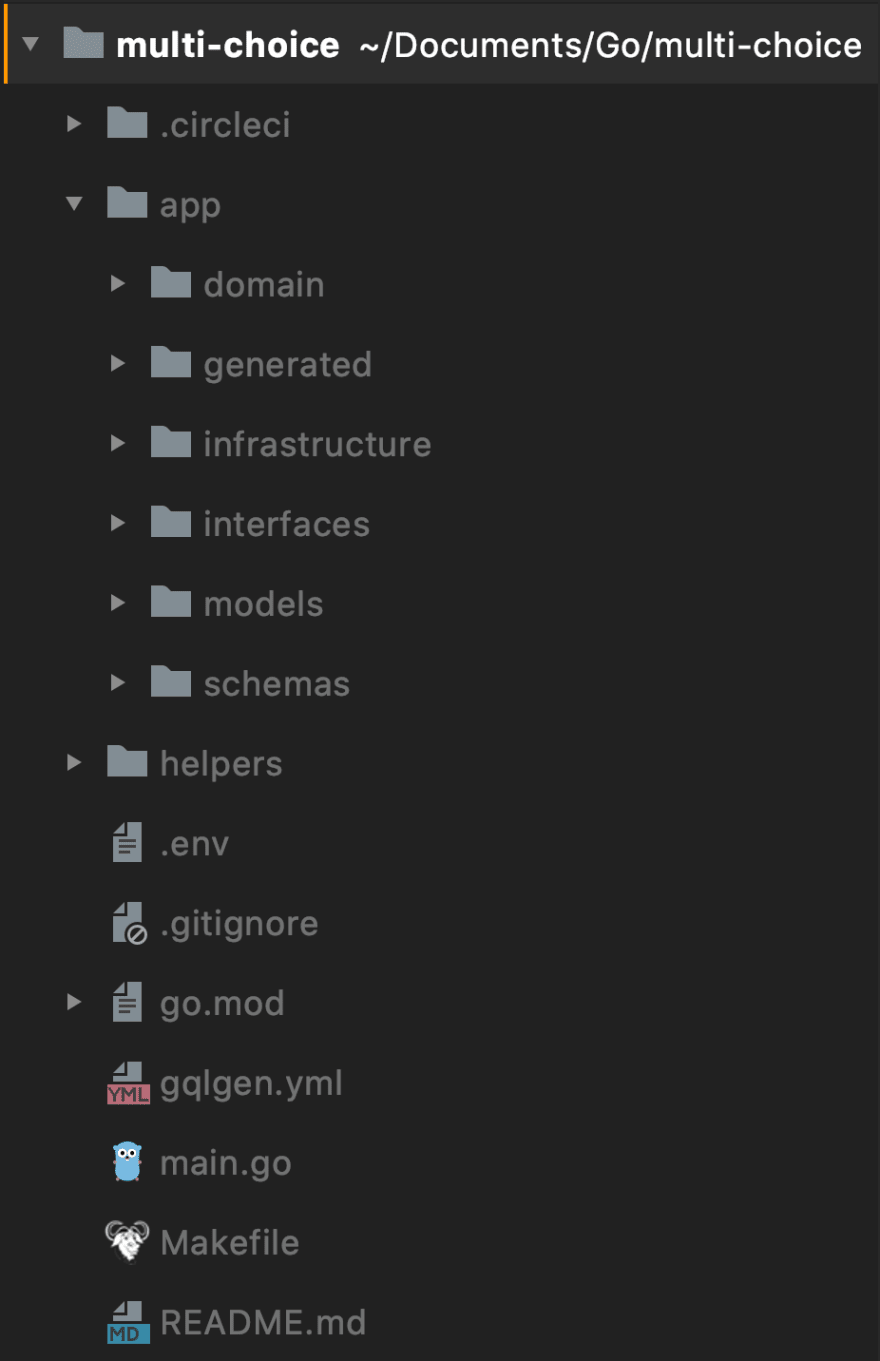 We will now customize to fit our use case.
The gqlgen.yml is modified to be:

A GraphQL schema is at the core of any GraphQL server implementation. It describes the functionality available to the client applications that connect to it. - Tutorialspoint

gqlgen ships with a default schema.graphql. We can create more schemas based on project requirements.

The look of the schemas directory:

I thought it neat to have the schema for a particular functionality to be in just one file(including the mutation and the query).
Rather than have a huge mutation/query that houses all mutation/query descriptions, we will have several, based on the number of concerns/features we are to implement.

Observe there is no mutation/query. Well, question options are created only when questions are created, so they are not created independently.
The QuestionOptionInput was used as an argument in the Question schema defined above.

Graphql does not permit more one definition of mutation/query. So we had to use the extend keyword when defining other mutation/query for other functionalities.
I don't consider it neat to have all mutation/query in one file as I have often seen from projects.

We can always add custom types outside the built-in types(ID, String, Boolean, Float, Int) to do so, we use the scalar keyword.
A good example is Time(created_at, updated_at, etc)
That can be defined in the schema.graphql file:

The graphql schema defined in the schemas directory is translated into Go code and saved in the models.go file.

For us to translate schema to an actual Go code, we need to run a generate command.
Update the Makefile:

Then run the generate command:

This will generate the following in the models.go file

Observe that the mutation and query translations are not here. That will be in the resolvers as we will see later.

To have a different model for each schema, you can inform the gqlgen.yml about them. Read more here I think is neat to have the models inside the models.go file for now.

You can define hooks to alter your model's behavior. In my case, I want the id to be a randomly generated string(UUID). So, to do that, I have to use gorm's BeforeCreate hook:

We might need to add extra tags to our model structs. For instance, we might add a "db" tag, a "gorm" tag, a "bson" tag(when using MongoDB).

This is defined in the path: models/model_tags

We will now have the models.go updated as:

A resolver acts as a GraphQL query handler
Mutations and Queries are translated into Go code and placed in the resolvers when the generate command is run:

The corresponding translation is:

The above are simple crud operations. We use dependency injection to require external functionalities. The dependencies used are:

which are defined in the base resolver file:

This makes our resolver methods to be easily testable. We can easily replace those dependencies with fake ones, so we can achieve unit testing. Kindly check the test files.

We injected some dependencies into our resolver above. Let's define those. This will be done in the domain: 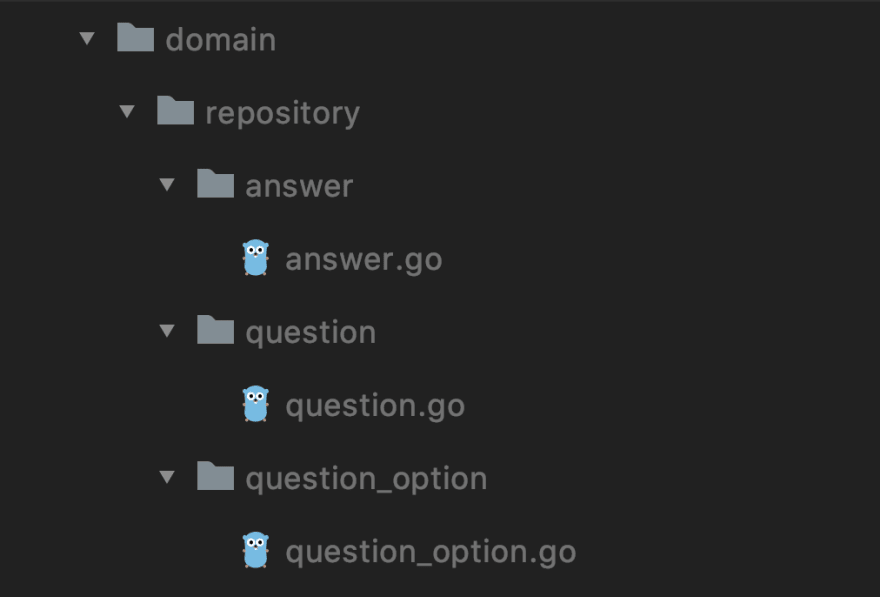 We will now implement the interfaces defined above in the infrastructure layer: 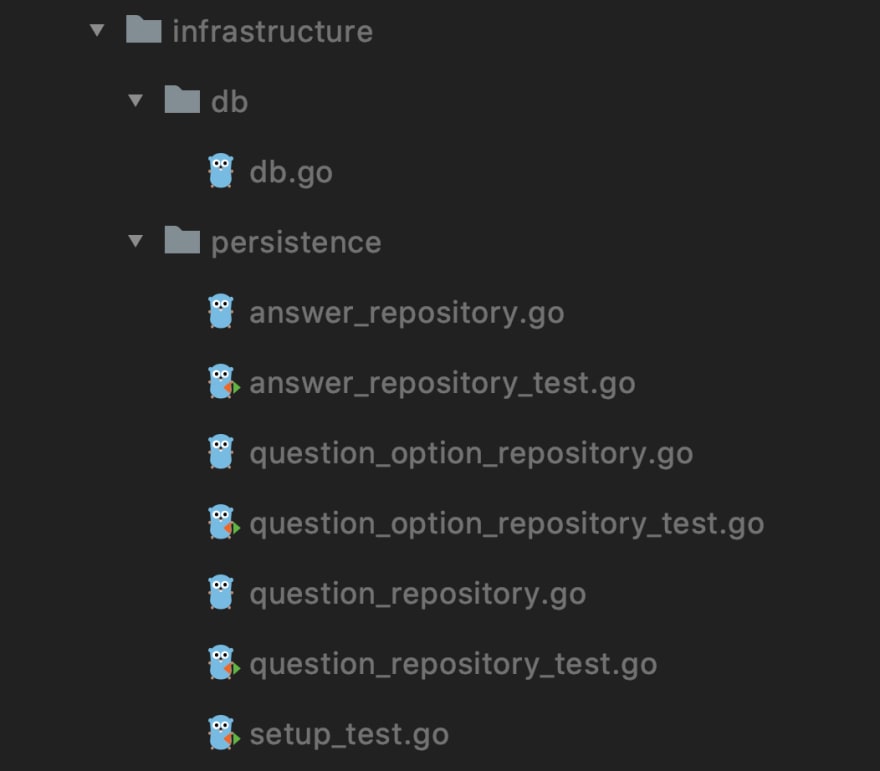 From the above implementations, gorm is used as the ORM to interacting with the PostgreSQL database.

Next, let's look at db.go file, which has functions that open the db and run migration.

We have pretty much everything wired.
Let's now connect to the database, pass down the db instance.
All environmental variables are stored in a .env file at the root directory:

In the root directory, create the main.go file. The content of the server.go that graphql initial setup ships with are added to the main.go file, and the file is deleted.

We can update the Makefile that have the run and the test commands:

Having updated the .env, run all test cases from the root directory:

You have seen how simple it can be to start using graphql in golang. I hope you enjoyed the article.
Get the complete code for this article here
I will be expanding on the current idea in future articles to add:

Once suspended, stevensunflash will not be able to comment or publish posts until their suspension is removed.

Once unsuspended, stevensunflash will be able to comment and publish posts again.

Once unpublished, all posts by stevensunflash will become hidden and only accessible to themselves.

If stevensunflash is not suspended, they can still re-publish their posts from their dashboard.

Once unpublished, this post will become invisible to the public and only accessible to Steven Victor.

Thanks for keeping DEV Community 👩‍💻👨‍💻 safe. Here is what you can do to flag stevensunflash:

Unflagging stevensunflash will restore default visibility to their posts.