“ Flutter is a mobile app SDK for building high-performance, high-fidelity, apps for iOS and Android, from a single codebase.” — flutter.io

Flutter is a great tool from Google for creating cross-platform applications which – starting from the newest stable version – can be deployed to the web, desktop, and mobile.

Google is promoting Flutter as a simple framework that allows us to create quality maintainable solutions. Easy, it is just the next cross-platform framework.

A Brief History of Flutter

Flutter launched as a project called Sky which at the beginning worked only on Android. Flutter’s goal is enabling developers to compile for every platform using its own graphic layer rendered by the Skia engine. Here’s a brief presentation of Flutter’s relatively short history. 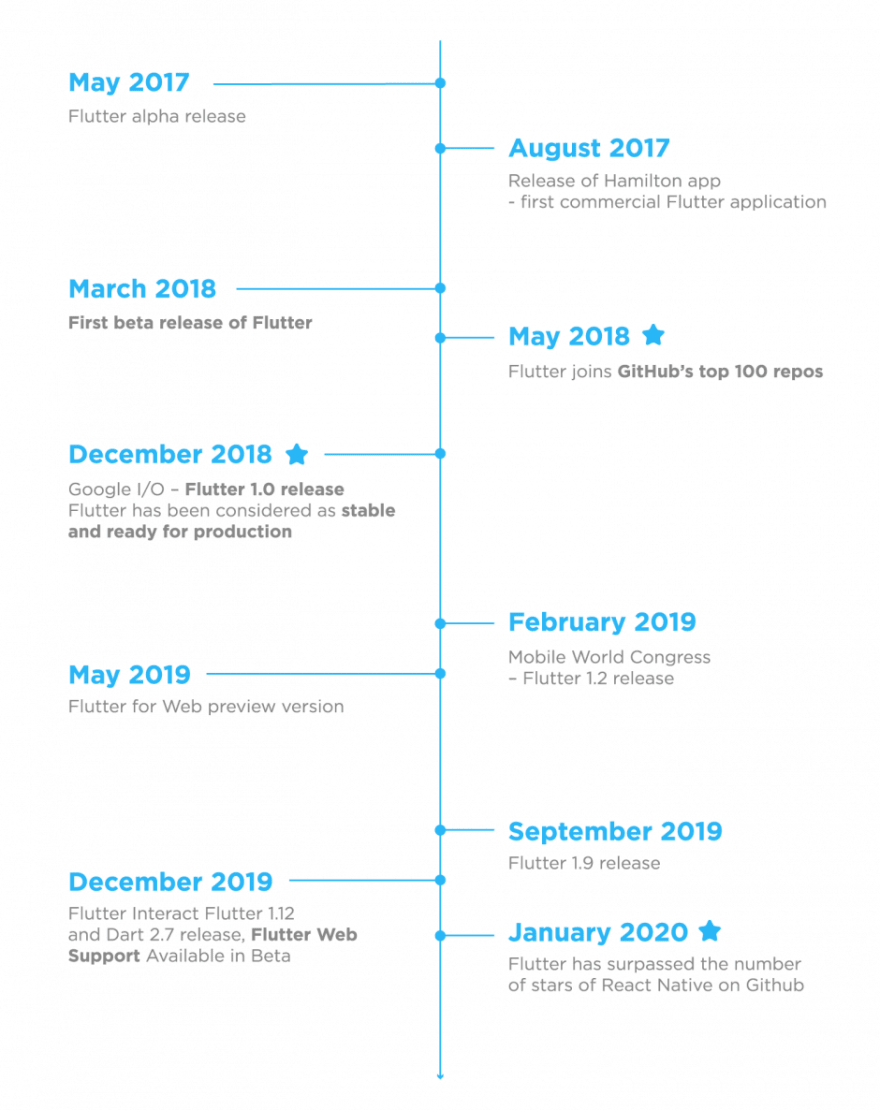 Flutter is a free and open-source mobile UI framework created by Google and released in May 2017. In a few words, this allows you to create a native mobile application with only one code. It means that you can use one programming language and one codebase to create two different apps (IOS and Android).

Flutter’s beta version was launched on 13th March 2018 and it was first to live on 4th December 2018. In such a short amount of time, Flutter has already established its position in the market. 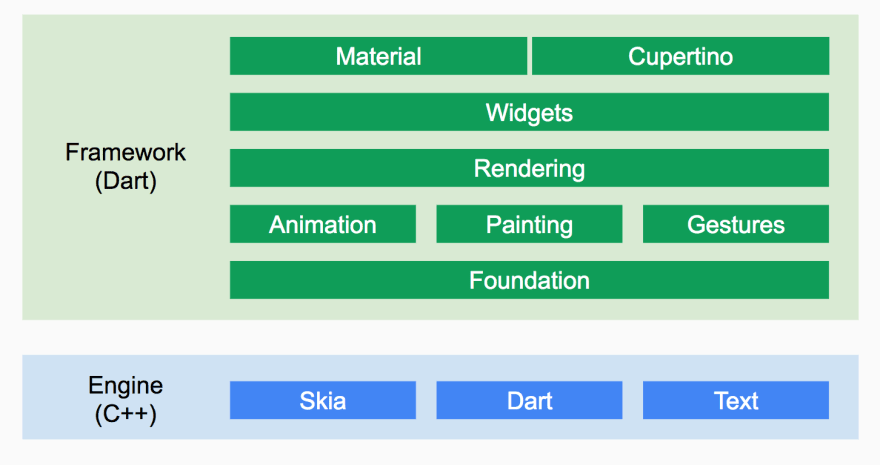 Flutter is organized around layers. Each layer is build upon the previous.

From the diagram we can see the low level part of Flutter is an Engine built in C++. It provides low-level rendering support using Google’s Skia graphics library.

The high-level part of the diagram is the Framework written in Dart. It provides libraries to handle animation, gestures, rendering, widgets and more.

With all this layer the developer can do more with less code by using elements on the top or go down to customize some behavior of its app.

Everything is a widget

In Flutter, Everything is a widget nested inside the another widget. It comes with beautiful, customizable widgets and we can control the behavior of each widget and also styling becomes easy. 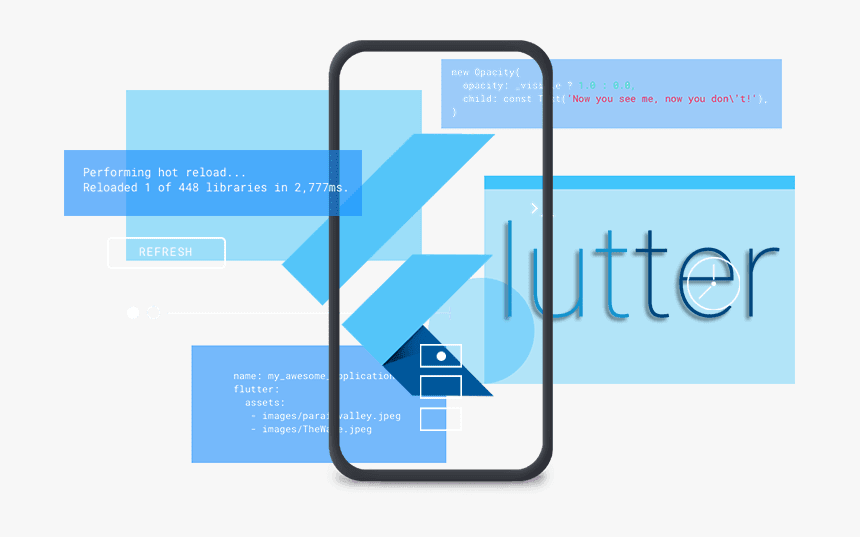 All the widget of a Flutter app form a hierarchy where a widget is a composition of other widgets and each widget inherits properties from its parent. 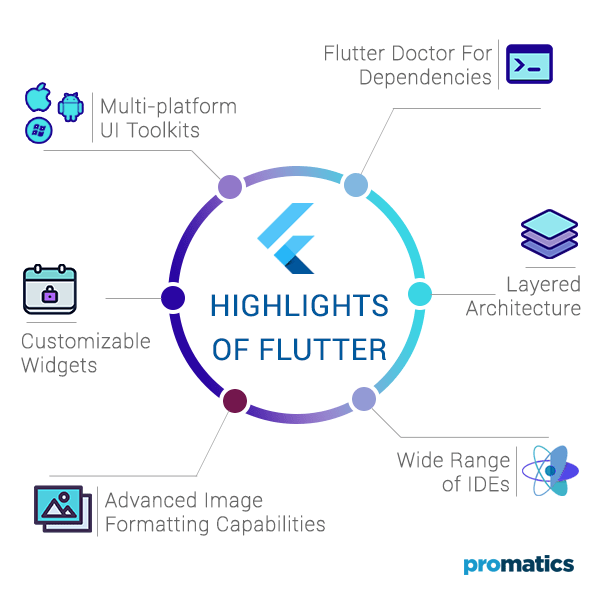 When developing with flutter, you can use a feature called hot reload. Hot reload build and run your projects faster than a second. This actually helps develop fast and resolve bugs faster.

Managing different codes for different platforms could be a tough job, given the fact that you need to maintain consistency. Well, that shall not be the case with Flutter, where you need to just write the code once, and you are good to go!

This saves a lot of time and resources that go into the development and testing of two separate codes. But, you need to test the end products on the different platforms separately in this case too.

Since Flutter is cross-platform, you can use the same code base for your iOS and Android app. This can definitely save you both time and resources.

Flutter’s Dart programming language is strongly typed and object-oriented in nature. In Flutter, the programming style is declarative and reactive. Because JavaScript bridge is not necessary for Flutter, the start-up time of the app enhances. 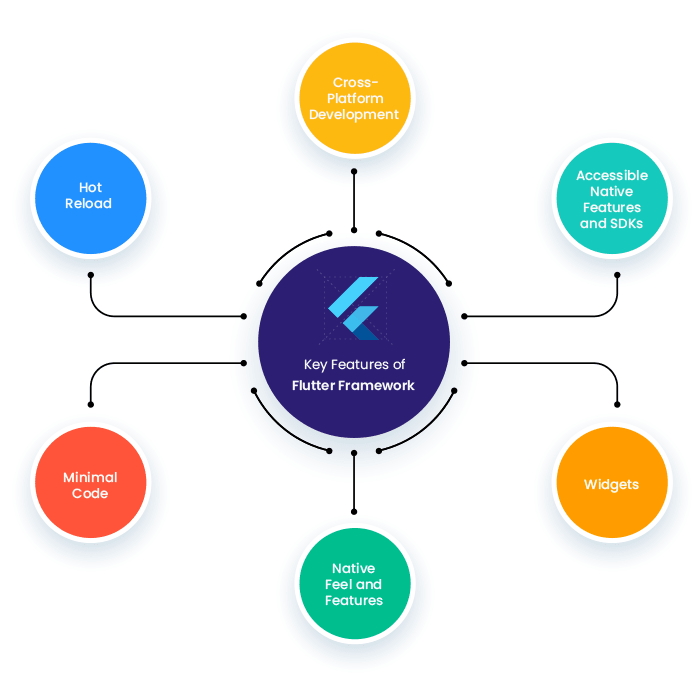 The team can experiment with new features and improvise them continuously. Thus, this feature enables developers and designers to have complete freedom and boosts their creativity further.

Your app development process gets easy and delightful through Flutter’s native codes, third-party integrations, and platform APIs. Therefore, you can easily access the native features and SDKs on both Android and iOS platforms and reuse the widely-used programming languages such as Kotlin and Swift.

Flutter is developed using Dart programming language. Dart uses JIT and AOT compilation that helps improve the overall startup time, functioning and accelerates the performance. JIT enhances the development system with the hot reload function. It refreshes the UI without putting in the effort to building a new one.

In Flutter, the widgets are given an upper hand. It is capable of developing customizable and complex widgets. Most importantly, Flutter has all the sets of widgets from Material Design and Cupertino pack and it helps to provide a glitch-free experience in this case over and above all the other platforms. 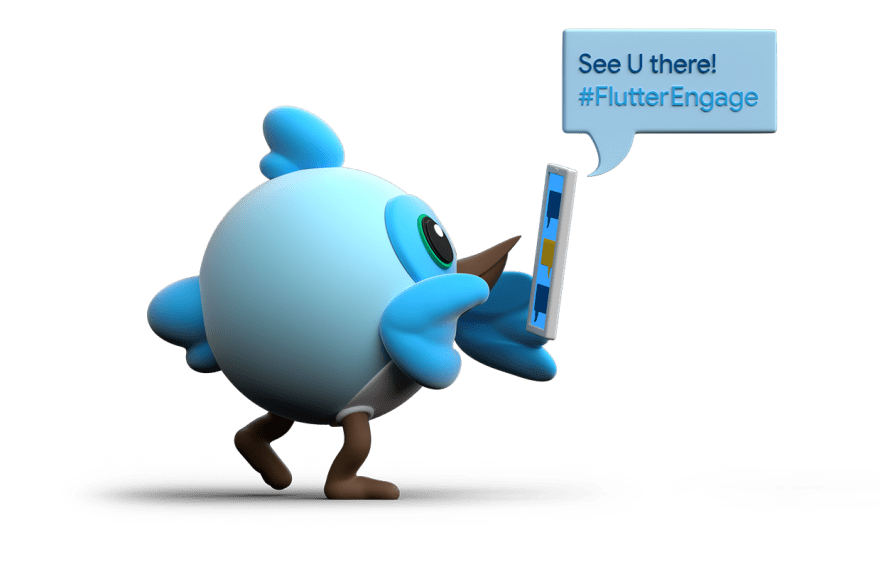 Once suspended, sudarasach will not be able to comment or publish posts until their suspension is removed.

Once unsuspended, sudarasach will be able to comment and publish posts again.

Once unpublished, all posts by sudarasach will become hidden and only accessible to themselves.

If sudarasach is not suspended, they can still re-publish their posts from their dashboard.

Once unpublished, this post will become invisible to the public and only accessible to Sudara Sachindana.

Thanks for keeping DEV Community 👩‍💻👨‍💻 safe. Here is what you can do to flag sudarasach:

Unflagging sudarasach will restore default visibility to their posts.