Let's say you want to withdraw some money from an ATM. An ATM machine can only allow one person to do transactions at a time. In this case, what do you do when you see there's a person already using the ATM machine? Do you wait in a queue or do you go back thinking you cannot withdraw money from this machine?

Exactly! You wait in a queue until your turn comes.

So when many people want to withdraw money they will have to wait in a queue and go to the ATM machine in the same order in which they entered the queue. This is one real world example of queues and message queues serve the same purpose in any software architecture.

We will talk about below topics in this article:

What Are Message Queues?

A queue is a First-In First-Out data structure. If you have a computer science background you know how a queue data structure works: the first element pushed into the queue is the first item extracted. It's basically the same concept as what we discussed in our ATM machine example. 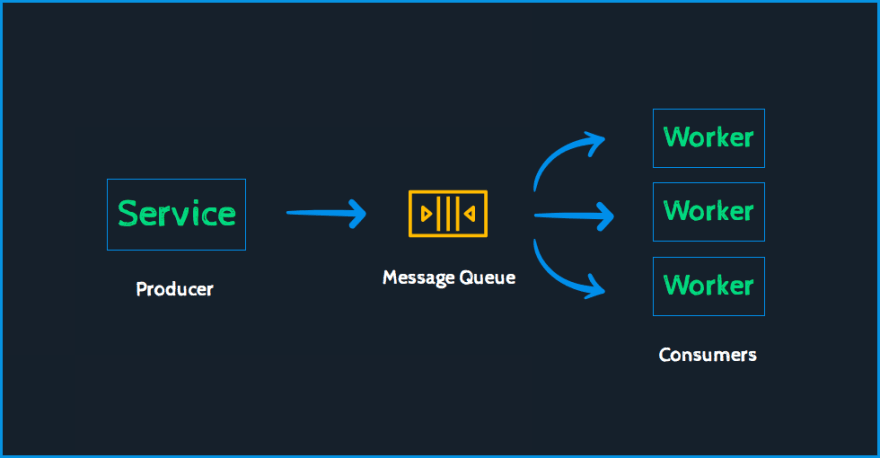 A message is any data that is passed between two components. It contains all the information needed for the worker components to take actions.

Let's consider a use case where we have to recharge a customer's account. The worker component need to know these details: account_id, card_id, amount (in dollars).

The message the producer creates and puts into a message queues will look something like this:

As you can see, the above message contains all the information that a worker process needs to recharge this customer's account.

There are many third party message queueing services like Rabbit MQ, Kafka, Amazon SQS to name a few. Each one of them provide different features suitable for different use cases.

How Are Message Queues Used In A System?

As mentioned earlier message queues are used to decouple different components in a system. But what does it mean to decouple a system? It basically means the process of separating functions so that they're more independent and self contained.

Let's discuss it with an example. Let's say we need an application to generate invoices and send it to our customers at the end of the month. For the sake of this discussion let's assume that generating invoices is a time taking process and take anywhere between few seconds to a minute to generate one single invoice which involves doing the below steps in order:

How would you implement such a functionality?

This is how a naive developer would approach it: Build a single REST service which accepts requests and does the above steps. 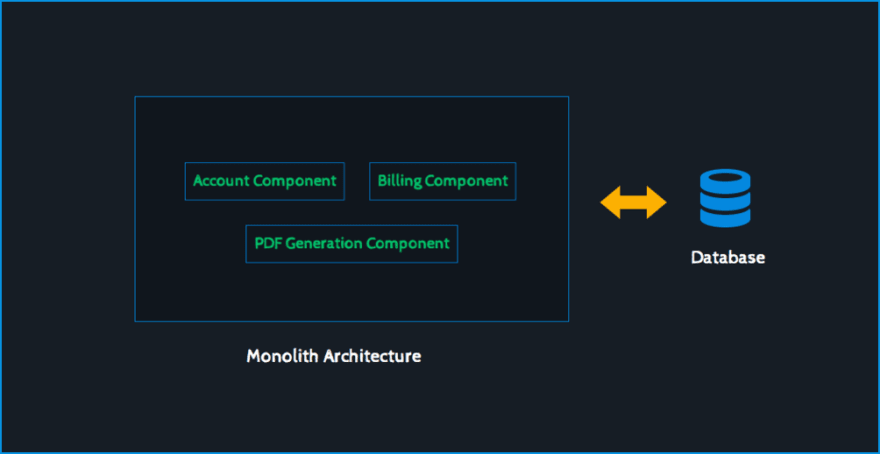 This is a monolith architecture and has many problems with it:

Let's see how diving this into multiple services & having a message queue to communicate between them will solve these problems.

What Problems Do Message Queues Solve?

In this architecture the Invoice Generation Service will create a message for every customer account. This message would look something like this:

Therefore if we have 1000 accounts there will be 1000 messages pushed into the queue. The worker service will contain multiple workers. Each worker will pickup a message and start processing it. All the workers will be running concurrently. Each of these workers will talk to Account Service, Billing Service and PDF Generation Services which are micro services themselves.

Now let's see how each of the problems mentioned above will be solved with this architecture.

Other Properties Of Message Queues

Amazon SQS offers standard as the default queue type. Standard queues support a nearly unlimited number of API calls per second, per API action (SendMessage, ReceiveMessage, or DeleteMessage). Standard queues support at-least-once message delivery. However, occasionally (because of the highly distributed architecture that allows nearly unlimited throughput), more than one copy of a message might be delivered out of order. Standard queues provide best-effort ordering which ensures that messages are generally delivered in the same order as they're sent.

FIFO (First-In-First-Out) queues are designed to enhance messaging between applications when the order of operations and events is critical, or where duplicates can't be tolerated.

Message retention period is the length of time, in seconds, for which Amazon SQS retains a message.

There are many properties like these associate with message queues depending the service and the use cases. I hope this gives you an idea on the type of properties available in message queues.

Learning about infrastructure and cloud computing services is very important to understand how distributed and scalable applications are built. Message queues are one of the integral components used in building these applications.

Personally I loved the course The Good Parts of AWS from Daniel Vassallo who has 10+ years of experience working within AWS team. In this course Daniel talks about AWS SQS along with other critical services like S3, EC2, Autoscaling, Route53 etc.

This course is very helpful even for absolute beginners to get started with cloud computing services. I highly recommend buying this course if you have been wanting to learn about this topic. You'll not regret it!

If you find this article useful, please Like/Share so that it reaches others as well. Please hit that Subscribe to my blog to get an email notification on my latest posts.

You can connect with me on twitter where I usually share my knowledge more frequently on AWS concepts, building SaaS products and becoming a better developer in general.

Once suspended, sunilc_ will not be able to comment or publish posts until their suspension is removed.

Once unsuspended, sunilc_ will be able to comment and publish posts again.

Once unpublished, all posts by sunilc_ will become hidden and only accessible to themselves.

If sunilc_ is not suspended, they can still re-publish their posts from their dashboard.

Once unpublished, this post will become invisible to the public and only accessible to Sunil Kumar.

Thanks for keeping DEV Community 👩‍💻👨‍💻 safe. Here is what you can do to flag sunilc_:

Unflagging sunilc_ will restore default visibility to their posts.