Hello world! So Windows 10 has been around for 2 years now with its attractive (it really is) colourful user interface, fancy start menu and live tiles. Yet the most captivating feature is the “blurry glass effect” that is used in store apps especially the mail, Groove Music, and the Store itself.

I’ve seen beautiful use of transparent elements in several websites , but what sets out this “blurry glass effect” is that you know what is in the background but you can’t see it clearly! The effect hides the details of what is behind and makes you inquisitive to see what is behind.

The “blurry glass effect” as I describe is called Acrylic Material which is part of the “Fluent Design System”. It’s the name Microsoft gave to its “design guidelines” to build software for all windows 10 devices.

Now that you know what an Acrylic Material is, I’ll tell you about the experiment I did. As I said before, the acrylic material is so captivating that I thought to myself “Why shouldn’t I apply this in HTML?” and with that question I started researching on the internet for existing implementations and to break the question into simpler ones to get a better understanding. I found two good existing implementations (Lucky me!) of this effect – a pen on CodemyUi.com and a thread on Stack Overflow.

In the final step the second key property, the first being “Blur filter” in this effect “Transparency” which in contrast is named “Opacity” in CSS. This is the finishing touch to this effect. I achieved translucency via both colour transparency, where one can add transparency to the colour using the alpha value of that colour with the rgba() function and the opacity property of CSS. I found that opacity of 0.3 or 30% is sufficient for this effect. These steps are pretty close to Microsoft’s own recipe of creating the acrylic material. 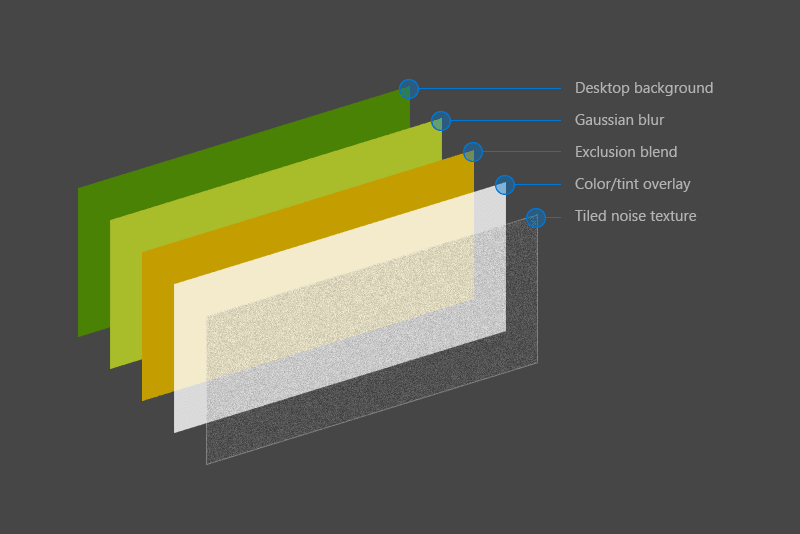 Well, except for the exclusion blend. It can be added to the Blurry container with the CSS property “background-blend-mode" . This is the recipe for HTML implementation 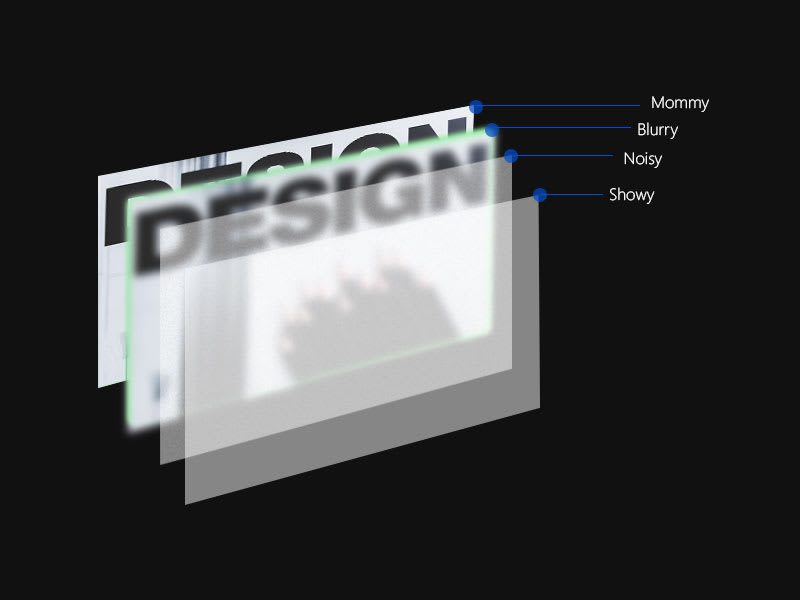 The resulting effect is very close to the original and it’s awesome! Take a look at it here Acrylic effect with background image

I had so much fun learning about this effect. I learnt about CSS filters , pseudo elements and efficient use of z-indexing to stack up multiple layers to create a single cool effect. Watch the effect in action in this fiddle. Click/tap on the menu icon to toggle the navigation pane.
It's awesome na? Did you like it? Don’t forget to share what you think about this post in the comments.

Once suspended, svijaykoushik will not be able to comment or publish posts until their suspension is removed.

Once unsuspended, svijaykoushik will be able to comment and publish posts again.

Once unpublished, all posts by svijaykoushik will become hidden and only accessible to themselves.

If svijaykoushik is not suspended, they can still re-publish their posts from their dashboard.

Once unpublished, this post will become invisible to the public and only accessible to Vijay Koushik, S. 👨🏽‍💻.

Thanks for keeping DEV Community 👩‍💻👨‍💻 safe. Here is what you can do to flag svijaykoushik:

Unflagging svijaykoushik will restore default visibility to their posts.