Listen to the audio version of this essay here!

What kind of egotistical asshole runs a solo podcast?!

Loads. Naval Ravikant has one. Peter Thiel has one. James Beshara has one. Scott Hanselman's has been running for 15 years. Lex Fridman and Joe Rogan became global celebrities just broadcasting 3 hour long conversations with anyone they wish. (Yeah it seems to be all dudes... let me know if you have other examples)

The defining characteristic of a Personal Podcast to me is that it is primarily driven by the interests of one person exploring their intellectual curiosity under their own name.

That's it. No co-host banter. No company sponsor, or singular theme, trying to establish thought leadership (ruling out Tiago's or Corey's) to try to sell you something. Purely learning in public.

I've increasingly come to like the idea, so on January 15th I started what I've come to call my own "mixtape".

My format is simple: Short audio clips from others on weekdays, long form content from me on weekends. Inspired by Ryan Holiday, NFX, The Daily and Techmeme. It's been slowly growing to a small listenership, mostly because I have no idea how the hell to market a podcast. This will be my 100th episode, and I think I have fuel in the tank for 100 more. 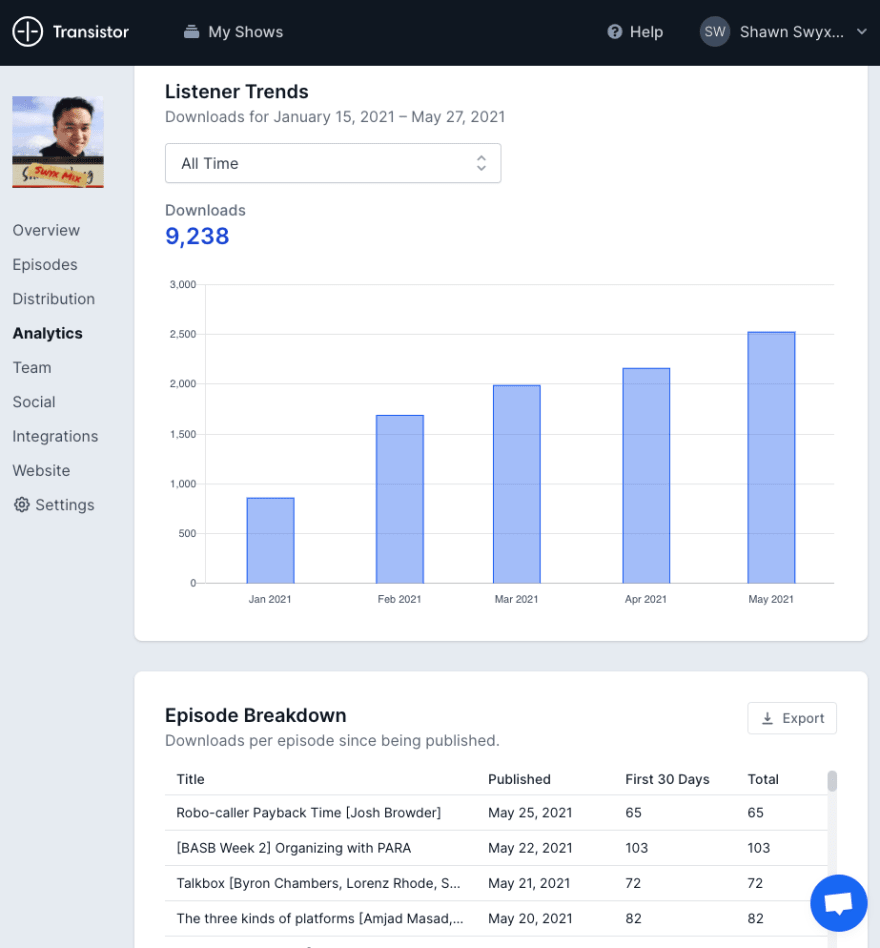 I thought I should offer some reflections on the occasion of my first 100 episodes. As @visakanv is fond of saying, "do 100 thing" is a key bar towards experimenting and building competence in something.

I'm not great at this yet. But I'm better than I was before. And at the end of the day, isn't that all we can ask for ourselves?

As a side benefit, podcasting counts as excellent speaking practice - If you know you have a problem with your ums and ah's, there's nothing better to feel the pain than spending hours editing them out to motivate you to fix that.

I think of my mixtape as a new format that I don't see anywhere else. Of course, mixtapes themselves are as old as recorded audio, but they died off in the age of professional podcasting.

I've had my own struggles with the high frequency format as well.

For these reasons, I am thinking about branching out or tweaking the format yet again, to involve YouTube. YouTube has a lot of these downsides mitigated, and the audio can still be stripped out and republished as an audio podcast. However, one downside is amplified: the need to edit video over audio, with correspondingly higher wait times and longer publish cycle.

Subscribe to my mixtape already to experience it yourself, and let me know if you're inspired to start your own!

Is JavaScript the "CO2" of the web?

Thanks for keeping DEV Community safe. Here is what you can do to flag swyx: