Proper naming of variables and functions is very important. This makes your code more readable and easier to debug. In this article, I have consolidated some of the best practices from the styles guides such as Google and Airbnb. Most of the popular JavaScript frameworks and libraries follow these best practices.

Before we get started, here is what you need to know first.

There are different case styles used across different programming languages to name the variables. Let us discuss some of the case styles.

Now that we have learned different case styles, let us go through in detail on how to name a variable, functions and classes in JavaScript.

Variables in JavaScript can be of two types:

The function names are also preferred to be defined using the Lower Camel Case style.

The class names are preferred to be defined using the Pascal Case style.

React components (both class and functional components) are usually named in the Pascal case.

It is preferred to use Lower Camel Case for naming the exported node module names.

Do and don’t while naming a variable 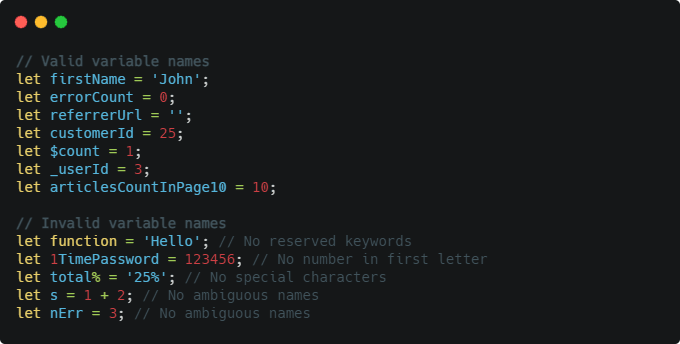 Let us summarize the items we have learned so far. 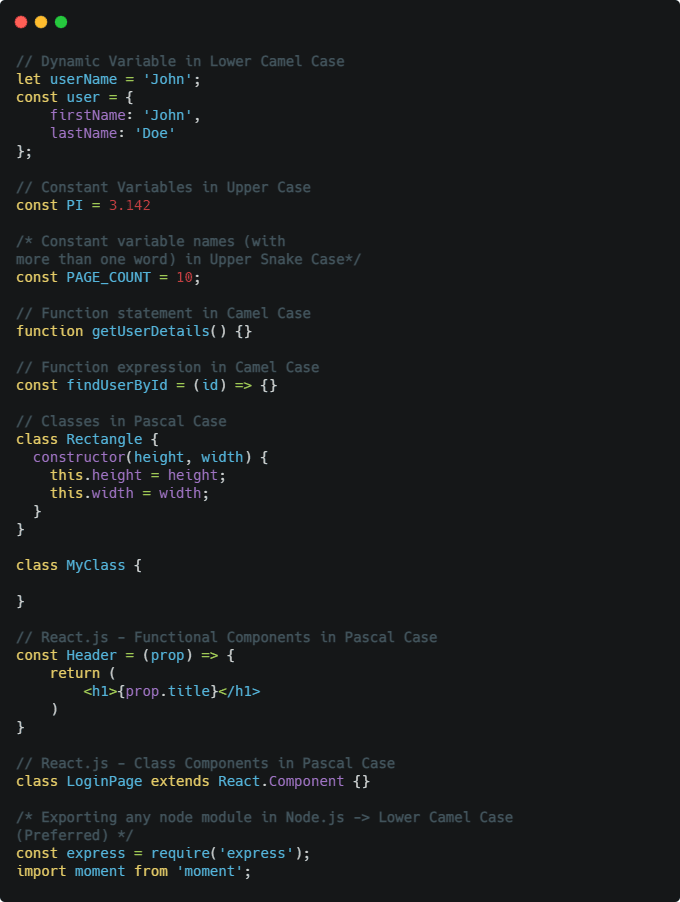 Once suspended, syedafrozpasha will not be able to comment or publish posts until their suspension is removed.

Once unsuspended, syedafrozpasha will be able to comment and publish posts again.

Once unpublished, all posts by syedafrozpasha will become hidden and only accessible to themselves.

If syedafrozpasha is not suspended, they can still re-publish their posts from their dashboard.

Once unpublished, this post will become invisible to the public and only accessible to Syed Afroz Pasha.

Thanks for keeping DEV Community 👩‍💻👨‍💻 safe. Here is what you can do to flag syedafrozpasha:

Unflagging syedafrozpasha will restore default visibility to their posts.