"Javascript is the most used overall programming language for web development"

revealed the State of Developer Ecosystem 2019 Survey by the JetBrains. This survey further establishes the fact that the popularity of JavaScript has been increasing leaps and bounds with the developer community each passing day.

It has also lead to the emergence of many JavaScript based frameworks and libraries with their own unique features & usage in the market for development.

In this post, I will be highlighting the top 5 JavaScript based front-end frameworks and libraries for web development in the year 2019.

The popularity of JavaScript framework or libraries can be ascertained by various parameters and metrics, to mention few important ones, it can be based on the percentage of developers who use them, number of applications or websites built by using them, number of downloads or hits etc.

The list of top 5 popular Javascript frameworks and libraries was charted on the basis of,

And here are these top 5 front-end Javascript libraries and frameworks,

React has been the most preferred and most used JavaScript library by almost 54% front-end developers. Developed by Facebook and initially released in May 2013, its tops the popularity and with almost 465,810,218+ downloads through npm till date. Almost 964,316+ websites on internet use React and React has over 139,526+ stars on github. 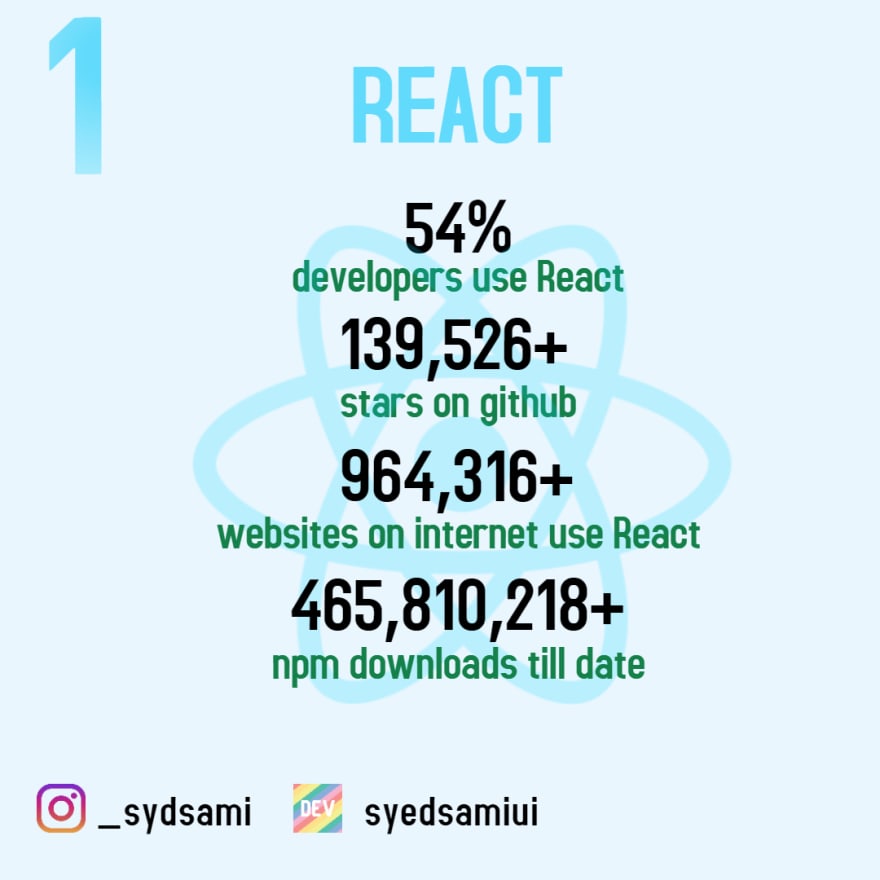 Vue comes in second position with almost 39% front-end developers using it for their development. Initially released in February 2014, Vue has been fast gaining popularity. It has over 77,044,619+ npm downloads till this date and 152,312+ stars on github. 146,733+ websites on internet use Vue. 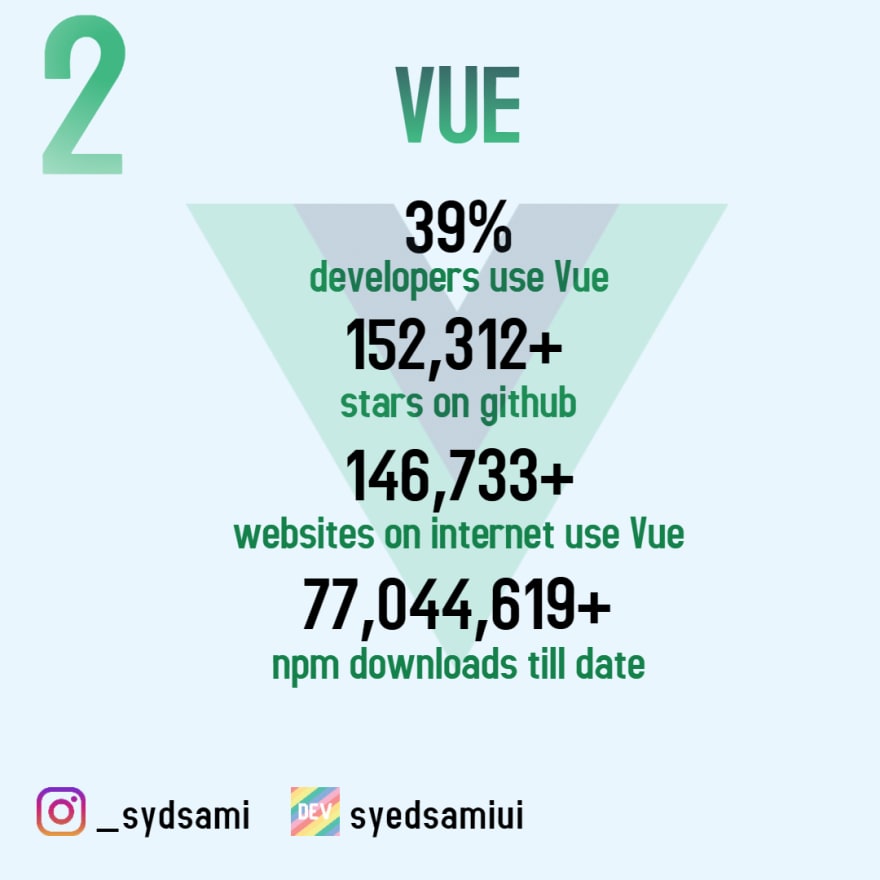 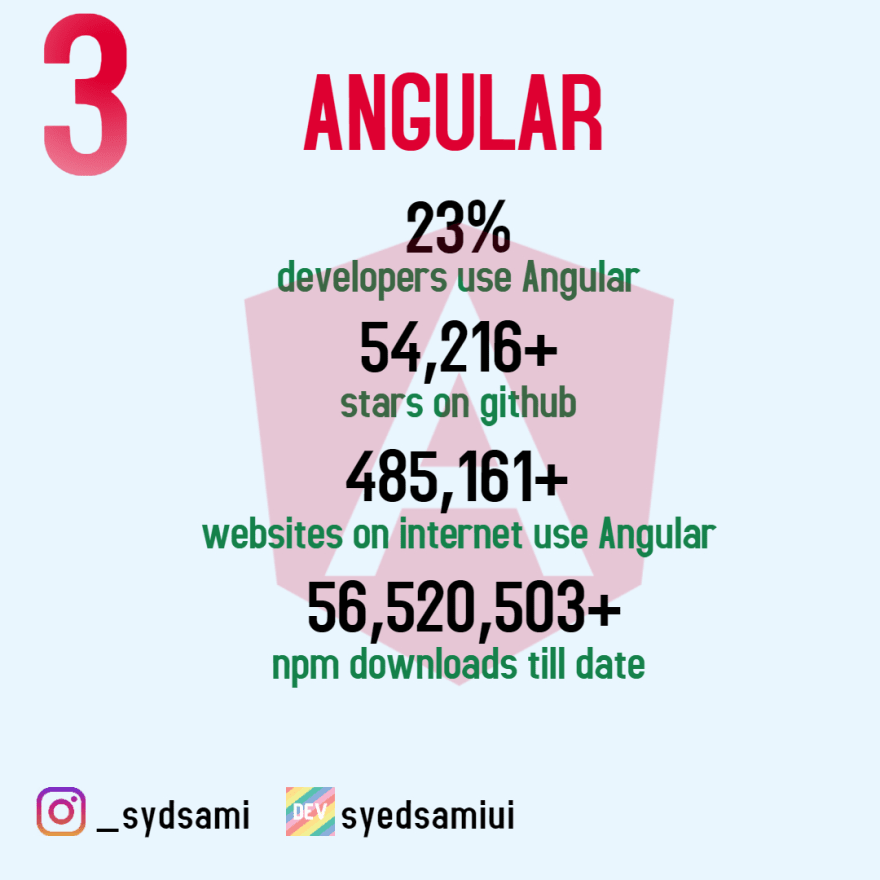 Developed by Google, Polymer has limited appeal. Only 3% of front-end developers have used it for their development. Released in May 2015, Polymer has 3,108,346+ npm downloads till this date, 21,278+ stars on github and 5,782+ websites on internet use Polymer. 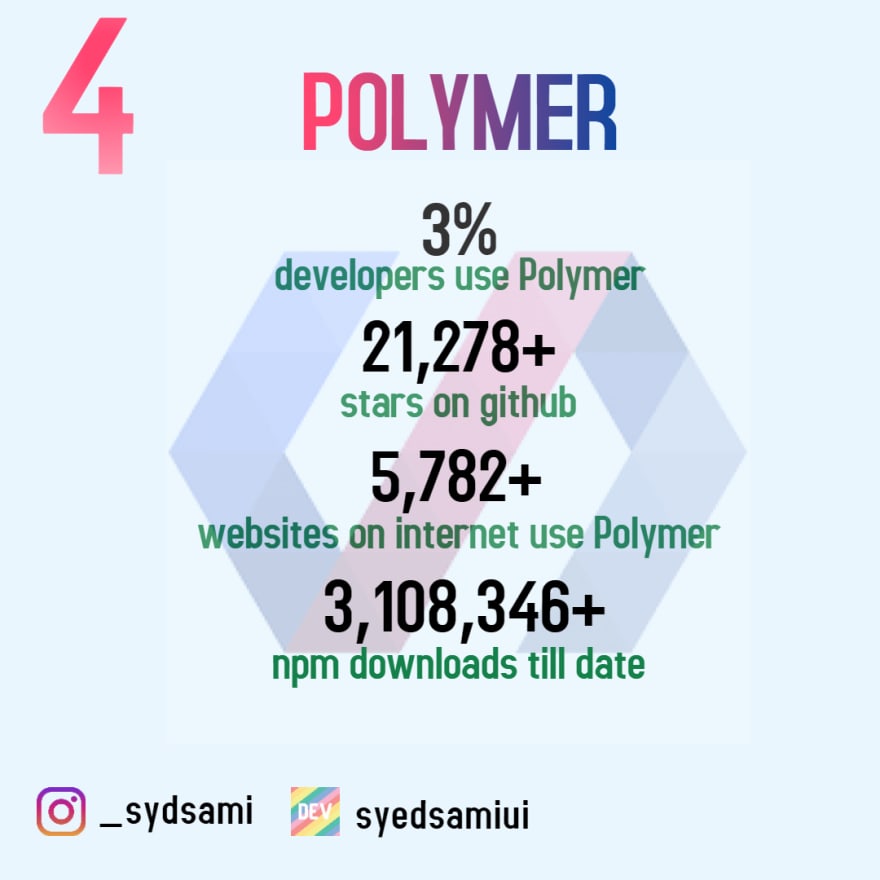 Initially released in December 2011, Ember has not seen much traction among developers, with just 2% of them using it for their development. And it has 8,701,856+ npm downloads till this date, 21,259+ stars on github and 10,776+ websites on internet use ember. 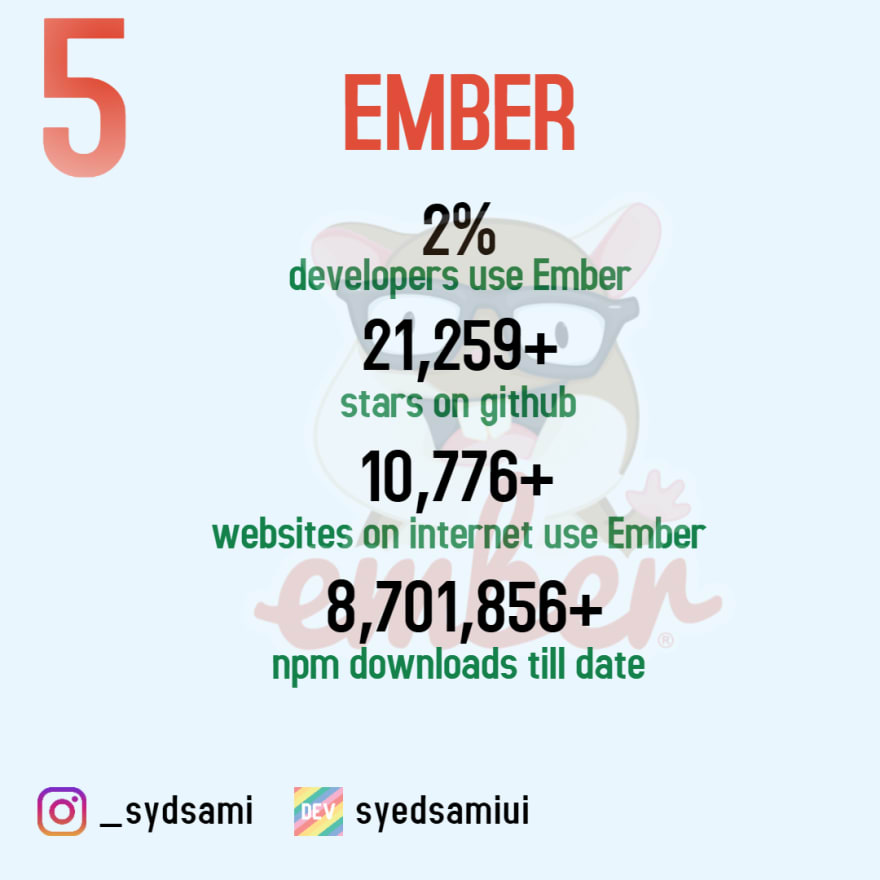 There might be difference in opinion and thoughts among fellow developers about the methodology to rank each framework & library in different ways and the metrics to use, having said that, the result will almost be the same.

Clearly, React, Vue and Angular are the most popular in the year 2019. Vue is being rapidly adopted for development and the trends show it might even overtake React in 2020.

Please note: The data in this post reflects the numbers taken on November 18, 2019 12 AM. For current numbers, please visit the links given in references.

Once suspended, syedsamiui will not be able to comment or publish posts until their suspension is removed.

Once unsuspended, syedsamiui will be able to comment and publish posts again.

Once unpublished, all posts by syedsamiui will become hidden and only accessible to themselves.

If syedsamiui is not suspended, they can still re-publish their posts from their dashboard.

Once unpublished, this post will become invisible to the public and only accessible to SyedSami-UI.

Thanks for keeping DEV Community 👩‍💻👨‍💻 safe. Here is what you can do to flag syedsamiui:

Unflagging syedsamiui will restore default visibility to their posts.