If you are a doodler, you most certainly have doodled a pentagram or the Star of David at some point in your life.

Maybe some of you have also tried to add more lines to draw even more complex stars. Did you know that these stars had names too?

A star is a polygon?

Turns out that the stars above are a class of polygons called complex polygons. Basically, as opposed to normal polygons, the lines intersect each other in complex polygons

The star polygon is a type of complex polygon. And there are two types. You must have realized that to draw the Star of David on a piece of paper, you have to lift your pen, but you don't have to do so to draw a pentagram. The former type of stars are called regular star polygons whereas the latter type are called degenerate star polygons

To understand what's going on count the number of vertices skipped in each of the above diagrams. Also notice that when 2 vertices are skipped the star is degenerate whereas in the other cases the star is regular. You can try to skip more vertices but you will end up drawing the same stars.

Exterior angle of a star

Before we trace the star we need to know the angles, specifically the exterior angles. This is to know how much to turn the turtle after each forward move. We will not be rigorously deriving a formula but will simply try to understand the following:

Now that we understand our favorite doodle, we are ready to code it in Python turtle. Notice that the angle of turn is set to what we just discussed

The above code only draws any regular star polygons (the one which can be drawn without lifting the pen). We will leave it to another post to draw a degenerate star 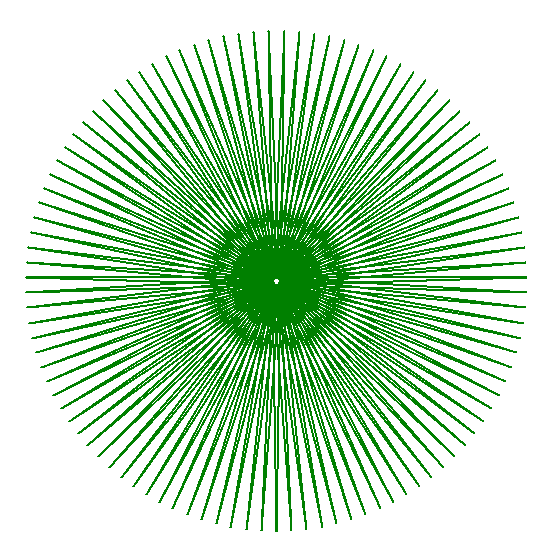 Once suspended, taarimalta will not be able to comment or publish posts until their suspension is removed.

Once unsuspended, taarimalta will be able to comment and publish posts again.

Once unpublished, all posts by taarimalta will become hidden and only accessible to themselves.

If taarimalta is not suspended, they can still re-publish their posts from their dashboard.

Once unpublished, this post will become invisible to the public and only accessible to taarimalta.

Thanks for keeping DEV Community 👩‍💻👨‍💻 safe. Here is what you can do to flag taarimalta:

Unflagging taarimalta will restore default visibility to their posts.